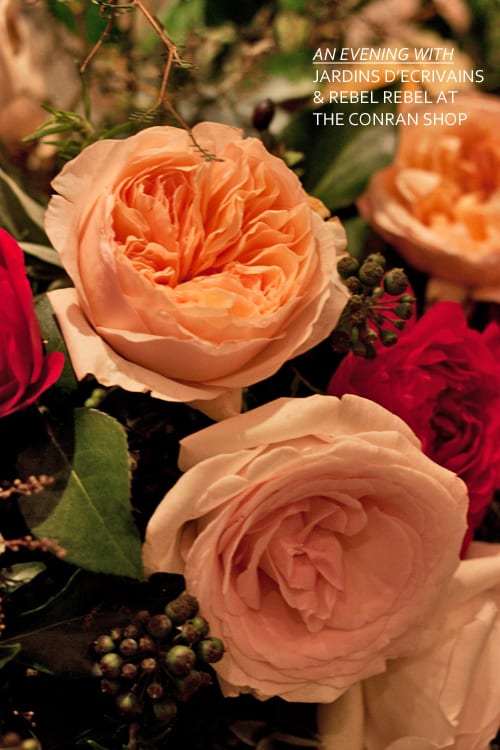 Last Tuesday, I was delighted to be invited to attend an event at The Conran Shop in Marylebone.  Heavenly is how I would describe the evening which marked the launch of a range of fine fragrances, candles and body products by Jardins d’Ecrivains.

The brand creator, Anaïs Biguine (on the far right below), had travelled from Paris to be there. And the wonderful Athena Duncan and Mairead Curtin of London florist Rebel Rebel were also at the event to show us how to make a stunning Christmas garland. 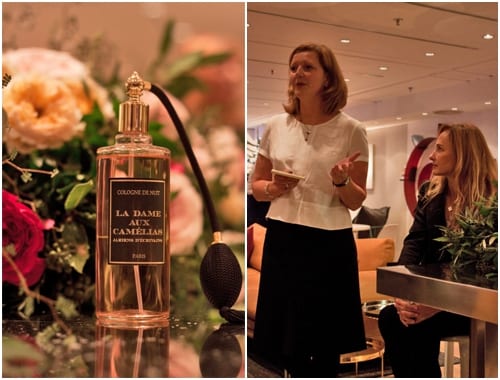 Anaïs has always loved literature, a passion which is shared by her two daughters. So a few years ago, she took them to see Victor Hugo’s house in Guernsey. As she was watching her daughters in his garden, she thought to herself, ‘I’ve got to do something to hold on to this moment’. So, when she got home, she decided that the medium of expression would be olfactive…even though she’d never worked with fragrances before! She learnt all about wax, had a perfume organ brought up from Grasse and started making candles. She then felt that she had to do the same thing for her other favourite authors…George Sand, Colette and Zweig. This is how Jardins d’Écrivains was born.

Whilst we listened to Anaïs’s story and spritzed ourselves with some of her beautiful fragrances, Athena (left) and Mairead (right) created a garland using foliage and herbs such as eucalyptus, camellia, berried ivy, pistachio, myrtle, rosemary and sage. 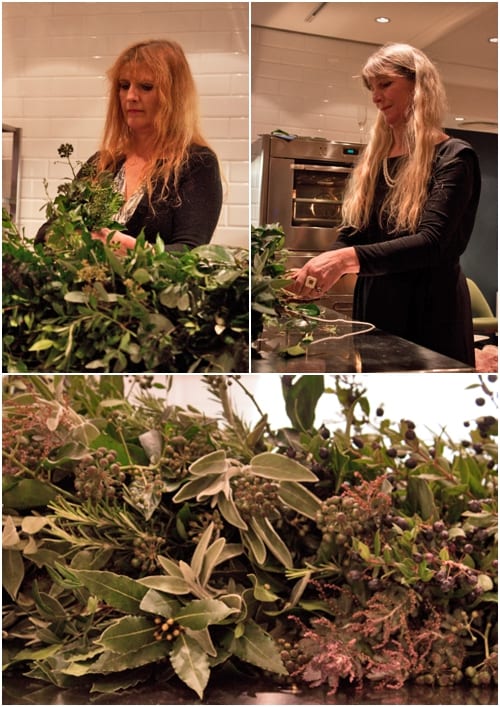 David Austin roses, with literary connections such as Darcy, Miranda, Beatrix, O’Hara and Juliet, were then inserted into the garland.  And they also added one of their very favourite roses at the moment, Prince Jardinier. 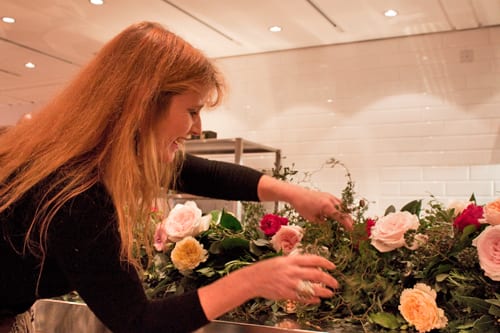 Mairead and Athena said that you could make a similar design at home by using foliage from your own garden.  And you could add flowers in water vials and even baubles. The garland could be used as a table decoration, on a staircase or mantelpiece. 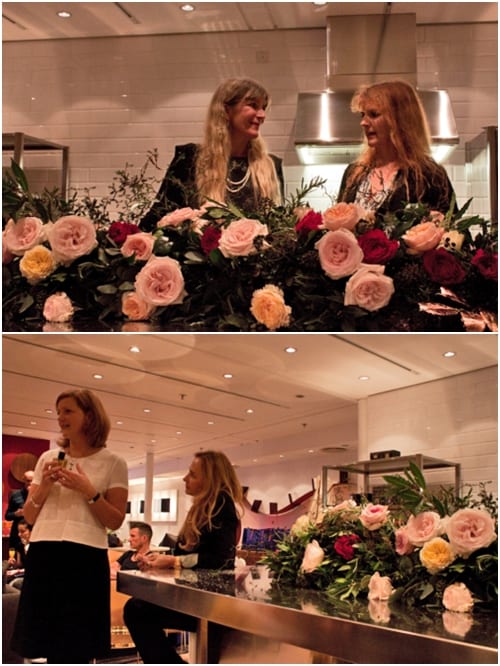 The scents of the Jardins d’Ecrivains fragrances combined with the flowers and foliage making up the garland that evening were absolutely exquisite.  I highly recommend sampling Anaïs’s range, the next time you’re near a Conran Shop. They’d make such perfect Christmas presents, especially for literature lovers!

A very warm welcome! My name is Rona Wheeldon and I’ve made it my mission to inspire and support the floristry industry. I’m passionate about this incredible sector and everyone involved, rooting for florists, flower growers and flower wholesalers.
END_OF_DOCUMENT_TOKEN_TO_BE_REPLACED