Book Review of The Language of Flowers by Shane Connolly 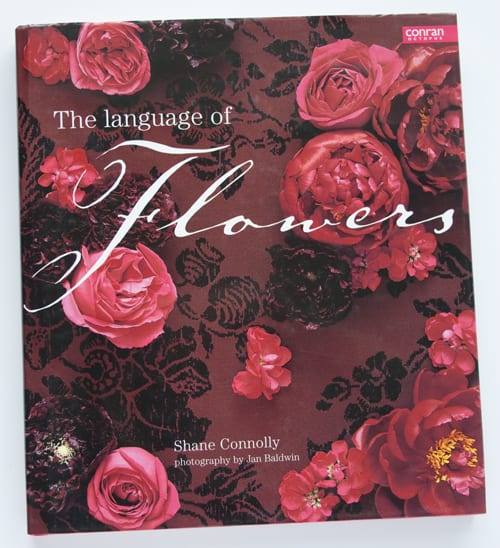 British florist, Shane Connolly, has often been associated with the royal family, having created Camilla’s wedding bouquet for her marriage to Charles in 2005.

He also arranged the flowers for the Queen’s 60th wedding anniversary dinner and other royal occasions.

As it’s only a week away now until Kate and William’s wedding day and I understand that Kate’s intrigued by the meaning of flowers, I thought it apt to take a look at Shane’s book, ‘The Language of Flowers’.

The language of flowers, which is sometimes called floriography, was a Victorian-era means of communication, in which flowers were used to send coded messages. They allowed people to express feelings which otherwise could not be spoken, from love and passion to regret and remembrance.

In Shane’s book, he brings together sixty arrangements, with beautiful photographs by Jan Baldwin, and details the historical meaning of each of the flowers.

Primarily with the royal wedding in mind, I’ve taken just a selection of pages, starting with lily of the valley.

Lily of the valley is said to “signify a good decision and the ensuing return of happiness, particularly in matters of the heart”. 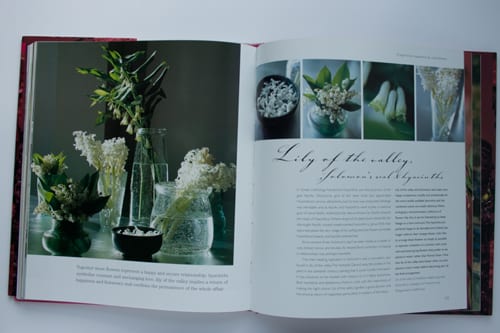 Lilies are said to “symbolise purity and innocence, and also have strong spiritual associations.” 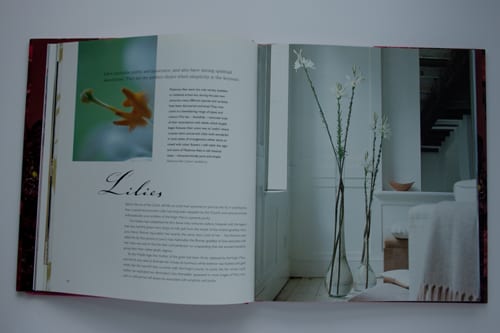 According to Shane’s book, “stephanotis whispers a seductive ‘come to me’, while the gardenia promises a rather saucy ‘transport to ecstasy’ – a truly potent pair.” 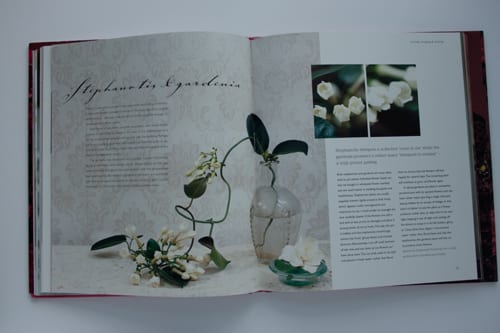 “For tender expressions of love – or even longing or lust – roses will help you say a thousand meaningful new things.” 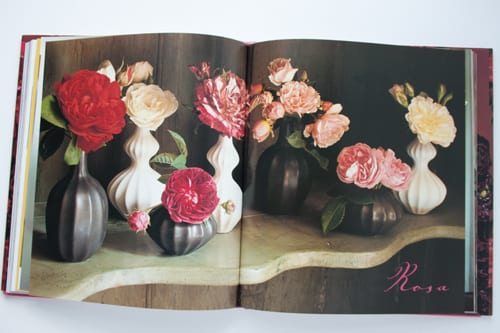 “Myrtle has been the symbol of love and contented married life since ancient times.” 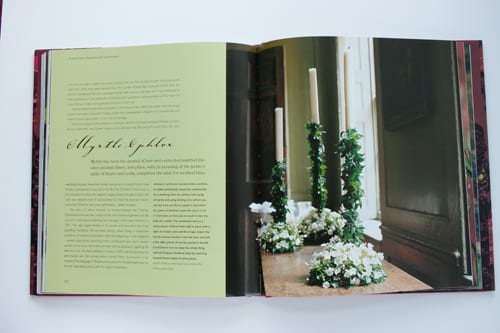 I’ve also included these two images below as I loved the colours, plus ranunculus and peonies are my favourite flowers.

“The messages of ‘you are radiant with charms’ and ‘rich in attractions’ are smoothly conveyed by ranunculus.” 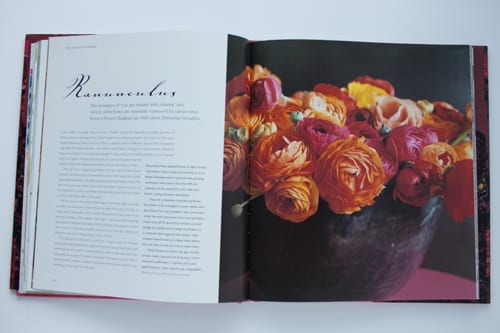 The peony is “symbolic of devotion, as well as representing bashfulness.” 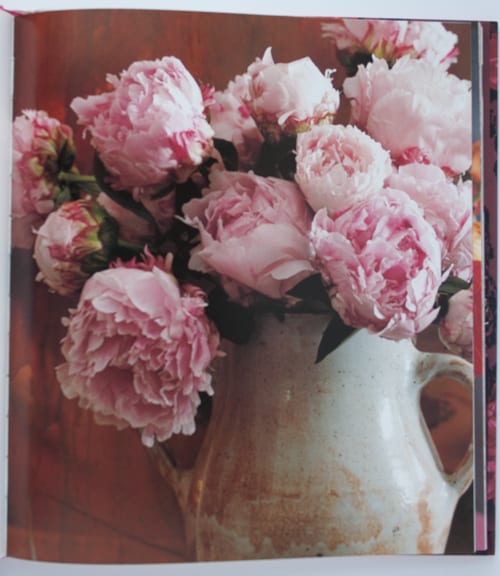 I hope you’ve enjoyed this little insight into the language of flowers.  This is only the tip of the iceberg!

And I wonder if Shane, who holds a royal warrant, has been appointed by Kate and William to create their floral arrangements for their special wedding day?  Only time will tell…!

A very warm welcome! My name is Rona Wheeldon and I’ve made it my mission to inspire and support the floristry industry. I’m passionate about this incredible sector and everyone involved, rooting for florists, flower growers and flower wholesalers.
END_OF_DOCUMENT_TOKEN_TO_BE_REPLACED