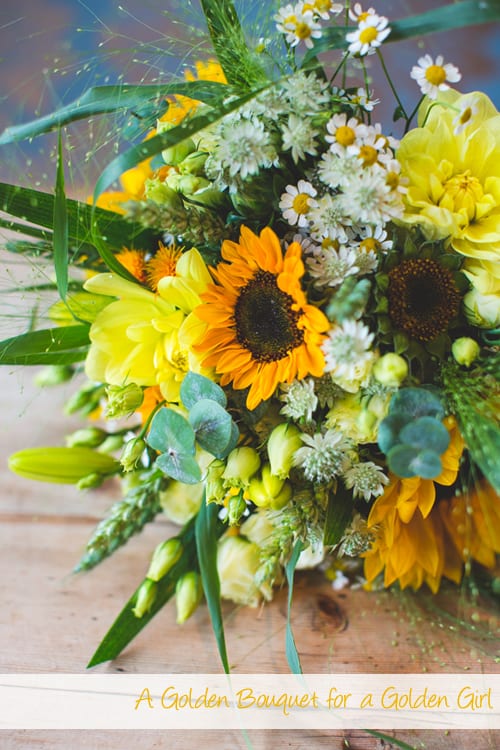 Sheffield-based florist Tracey Campbell of Campbell’s Flowers contacted me whilst I was on holiday last week.

She had some very exciting news, in that she’d been asked to create a special ‘Golden’ bouquet for Olympic champion Jessica Ennis.

It was presented to Jessica by the Lord Mayor of Sheffield in front of 10,000 people and local and national media at a civic reception to celebrate her homecoming this month. 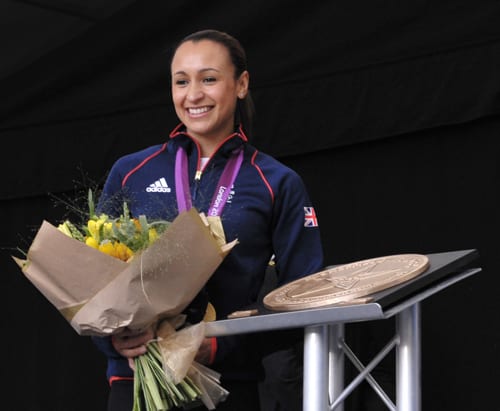 The bouquet featured sunflowers, to reflect Jessica’s sunny disposition, and included locally grown and British flowers. It was wrapped in gold tissue and brown paper, and finished with a gold organza bow.

Tracey said: ‘Like so many people up and down the country, I’d been glued to the Olympics and even travelled down with my family to watch the women’s marathon in the pouring rain one Sunday, just to be part of the atmosphere.

I felt it would be fantastic to be involved with Jessica Ennis’s triumphant return. So I contacted the Town Hall as I’d had the idea to provide the Mayor and dignitaries with a red, white and blue buttonhole, designed around a white rose of Yorkshire. 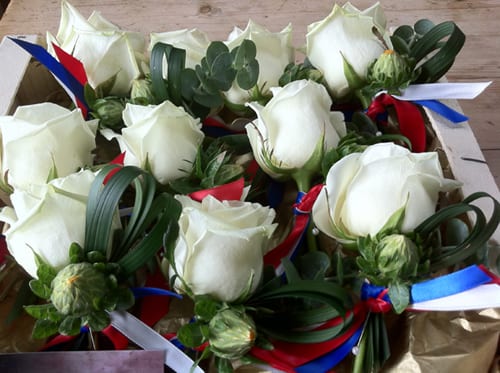 They loved the idea so much that they suggested that I might also like to design something for Jessica herself. I just couldn’t believe it! It was such an honour!

I think it’s really important to use seasonal flowers as they’re better quality, less expensive and better environmentally. Wherever possible I always try to buy British.

I recently put together a wedding shoot which featured British wedding flowers and managed to find Rachel Dyson of Hollow Meadows on our doorstep. She’s become one of my most valued suppliers. So, some of Jessica’s flowers came from just down the road!

I couldn’t have been more proud and excited! I just can’t believe that someone so inspirational to both our city of Sheffield and our whole nation was given one of my designs.

The Civic Reception was amazing too. I got to meet Jessica, who was so warm and friendly and said she loved my flowers.’ 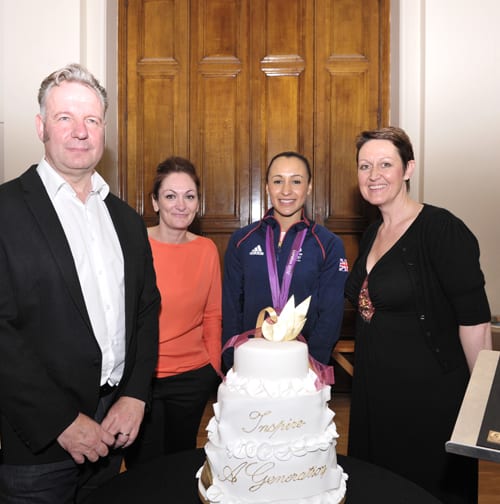 I’m so delighted for Tracey…what an amazing experience.  It just goes to show how being proactive can result in priceless opportunities!

Here she is below with the bouquet. 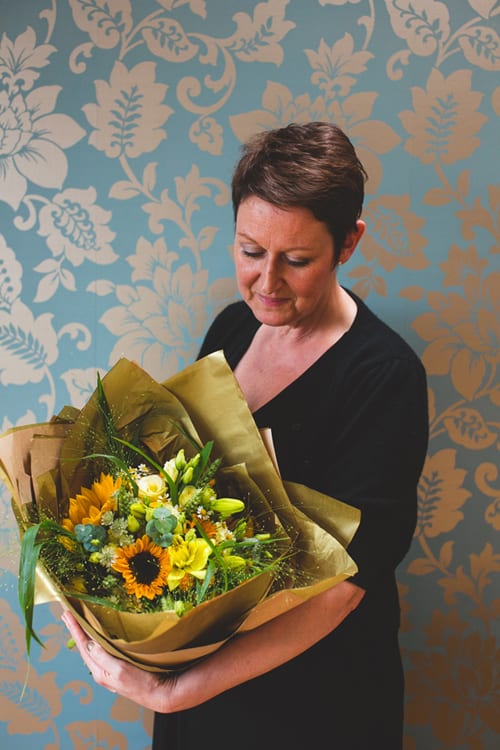 Many thanks to Tracey for contacting me.  If you’d like to keep up-to-date with her news, she is on Twitter and Facebook, plus has a blog.

A very warm welcome! My name is Rona Wheeldon and I’ve made it my mission to inspire and support the floristry industry. I’m passionate about this incredible sector and everyone involved, rooting for florists, flower growers and flower wholesalers.
END_OF_DOCUMENT_TOKEN_TO_BE_REPLACED

Floral artist Harriet from @harrietparryflowers he

My very first attempt at Reels on Instagram. Pleas

Have you seen the new Instagram REELS feature? Hea

Have you seen the brand new font options in Instag

‘Challenges are gifts that force us to search fo

Floral artist Harriet from @harrietparryflowers he

My very first attempt at Reels on Instagram. Pleas

Have you seen the new Instagram REELS feature? Hea

Have you seen the brand new font options in Instag

‘Challenges are gifts that force us to search fo

Have you seen the new fonts on Instagram Stories?