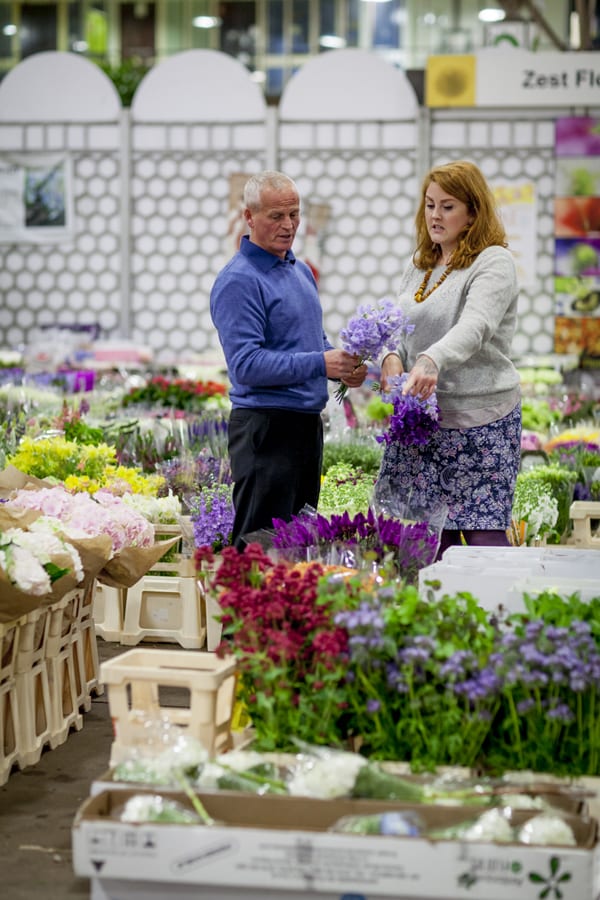 And today’s florist is Jay Archer of Jay Archer Floral Design with lupins. I’m delighted to feature an exclusive interview with Jay on Flowerona today:

I’ve always used British flowers. Before I set up my business, I used to pick flowers from my garden and practise making arrangements. Jay Archer Floral Design officially started in 2011 when I did the wedding flowers for one of my friends using homegrown blooms. I love the style you can create using native flowers and I source British flowers from Zest Flowers and Pratley at New Covent Garden Flower Market, as well as continuing to grow my own.

I’ve made an urn design, bridal bouquet (pictured below) and ceremonial arch.

Your chosen flower for British Flowers Week is the lupin. Could you tell us why you selected it?

Compared to the Dutch lupins which are usually straight, upright and purple, British lupins tend to be quite quirky and more characterful. Their flower heads can be twisted and their tips resemble little flicks of a fox’s tail. Homegrown lupins are available in a range of colours and their foliage is generally more dense. 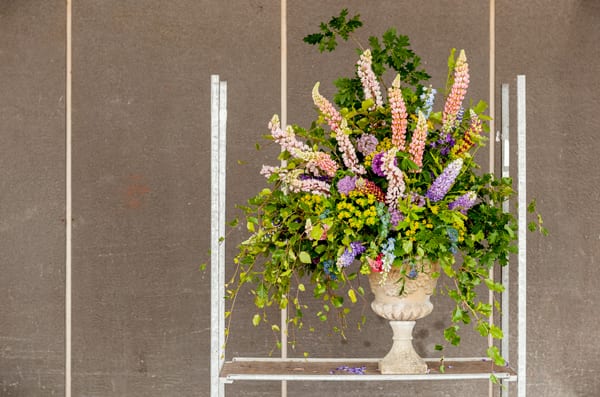 Apart from the lupin, which are your other favourite British flowers?

I love sweet peas and they feature in my business logo. My granddad used to grow them and they were his prized possessions. They’re such a small, unassuming flower that gives out such a scent. I also love British dahlias and buy them from Alagar at New Covent Garden Flower Market. Plus there’s wonderful British foliage, which I buy from GB Foliage.

Yes, my brides ask for British flowers, which I think is because I promote and recommend them. They tend to be fresher than importer blooms and can last longer.

I’m passionate about British flowers. They’re a completely different product to imported blooms. I find their unpredictability and lack of uniformity exciting. They also look more natural and remind you of hedgerows when you’re on holiday. If you’re a florist and are nervous about trying them, simply accept that they are a different product, have a go and keep an open mind. 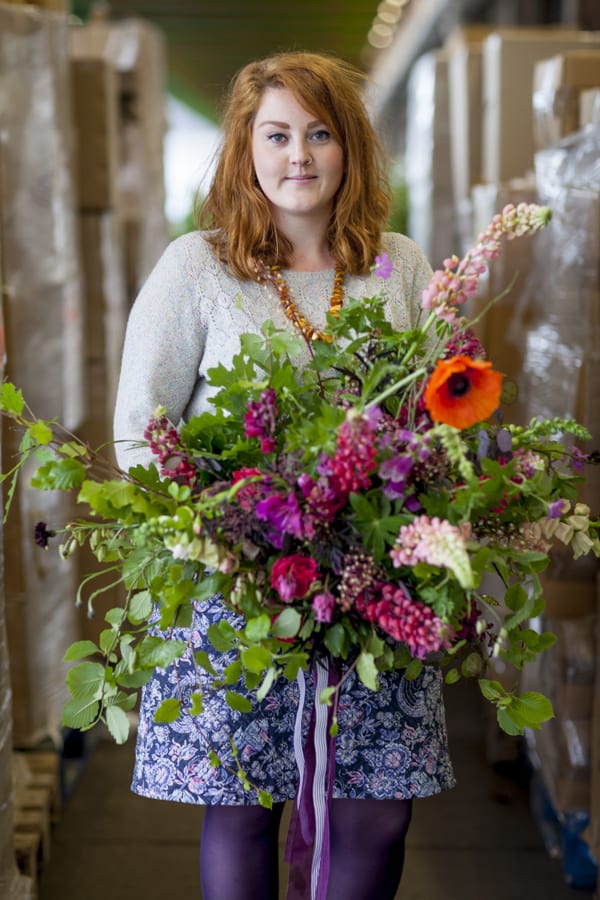 And tomorrow, look out on Flowerona for the last florist and British flower…!

A very warm welcome! My name is Rona Wheeldon and I’ve made it my mission to inspire and support the floristry industry. I’m passionate about this incredible sector and everyone involved, rooting for florists, flower growers and flower wholesalers.
END_OF_DOCUMENT_TOKEN_TO_BE_REPLACED