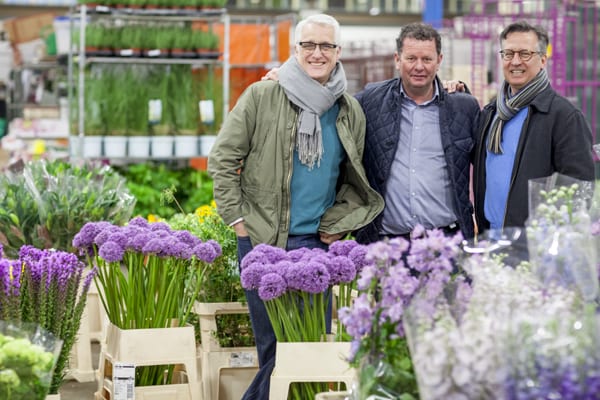 And today’s florists are Mark Welford and Stephen Wicks of Bloomsbury Flowers (pictured left and right above), with the allium. I’m delighted to feature an exclusive interview with Mark and Stephen on Flowerona today:

We’ve always used them and even more so in the last ten years or so as there has been a much larger variety available. Now we have opened our second shop in Ham Yard Village in Soho we are able to carry a greater variety of flowers and in particular British flowers.

Your chosen flower for British Flowers Week 2015 is the allium. Could you tell us about your 3 designs you’ve created?

Using 10-12 different varieties of allium, we’ve created a door wreath, a large installation which would perfectly suit an entrance hall (pictured below) and a table design which would look wonderful on a side table. The inspiration for their rustic containers came from the kinds of weather-worn objects that you’d find at allotments.

Usually when you use alliums, they’re for a tall structural design. We wanted to show their versatility though. So, we deconstructed them to create the door wreath. And you can then really appreciate their different textures and the undulating mound, almost cloud-like, shapes that the flower heads create. 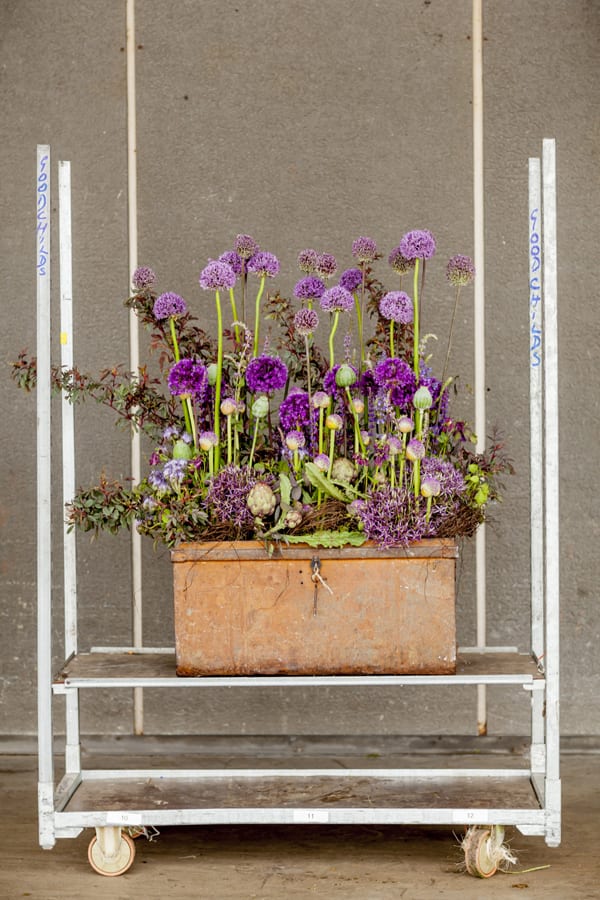 Apart from alliums, what are your favourite British flowers?

Without doubt, we both love sweet peas! It’s their fragrance, colour, texture and delicacy. Stephen in particular has very fond memories of when he was a child and his grandmother use to grow them. She seemed to have a never-ending supply during the growing season.

Do you find that your customers are asking for British flowers?

At the moment, they’re not asking specifically for homegrown blooms, but they are asking for seasonal flowers. For example, many customers are aware that when the asparagus season starts, so does the peony season. And then they’ll specifically request peonies in their bouquets. We meet a lot of overseas customers, particularly at our new Ham Yard shop, who are staying at the adjacent hotel and they are fascinated with British Flowers.

What varieties of British flowers do you sell in your shops in Great Queens Street and Ham Yard Village?

Apart from being featuring on the BFW website and taking part in the event at the Garden Museum, do you have any other plans for BFW? 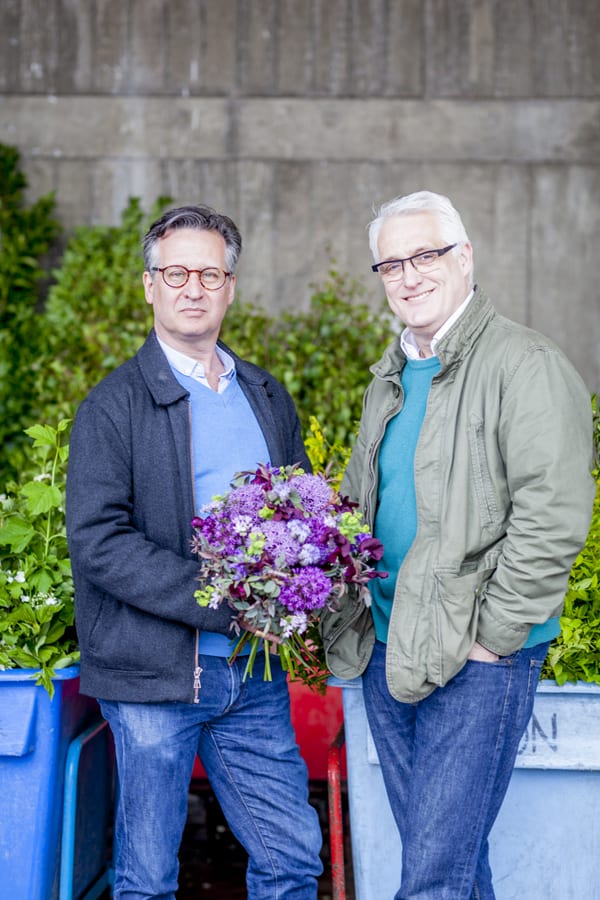 Do check out the new British Flowers Week website for three blog posts featuring Mark and Stephen, and alliums.

A very warm welcome! My name is Rona Wheeldon and I’ve made it my mission to inspire and support the floristry industry. I’m passionate about this incredible sector and everyone involved, rooting for florists, flower growers and flower wholesalers.
END_OF_DOCUMENT_TOKEN_TO_BE_REPLACED