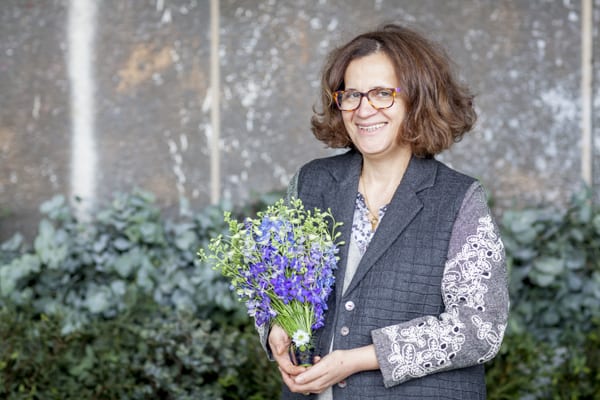 The first florist and flower to be featured are Zita Elze and the larkspur. And I’m delighted to feature an exclusive interview with Zita on Flowerona today:

I’ve always used British flowers and try to use them as much as possible. I love their softness compared to imported blooms. And I also take cuttings from British plants to use in arrangements.

Your chosen flower for British Flowers Week is the larkspur. Could you tell us why you selected it?

It’s just such a delicate, dainty, intricate flower. And I absolutely love using it in my designs. 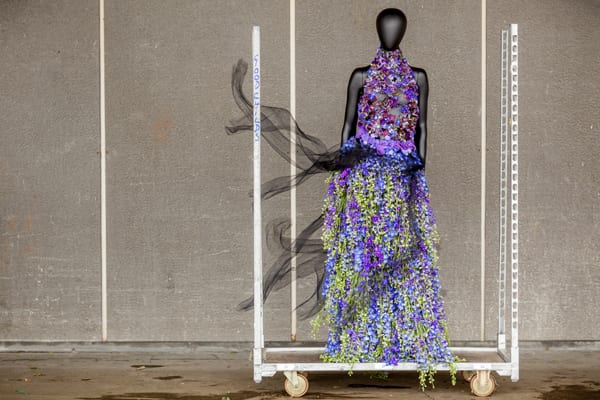 Apart from larkspur, which are your other favourite British flowers?

I love cornflowers, especially the burgundy/black variety. They’re pretty but also have depth and they work well with dried material. And I’m very fond of grasses, due to the wildness they add to arrangements.

Yes, they do. This could be helped by the fact that we’re based very close to Kew Gardens.

Are you running any special events during British Flowers Week?

We’re running Posy Workshops using British flowers at our shop in Kew during British Flowers Week. They will run on a drop-in basis from Monday 15th June to Friday 19th June between 10am-5pm.

Could you tell us about the bouquets which you’re selling during British Flowers Week?

We’re selling two bouquets. I’ve created one with a wedding in mind. It’s very stylised, very pure and perfectly shows off the larkspur’s vivid colour. The simplicity of the bouquet is complemented by the beautifully embellished handle. The second bouquet includes an eclectic mix of flowers, foliage and grasses. 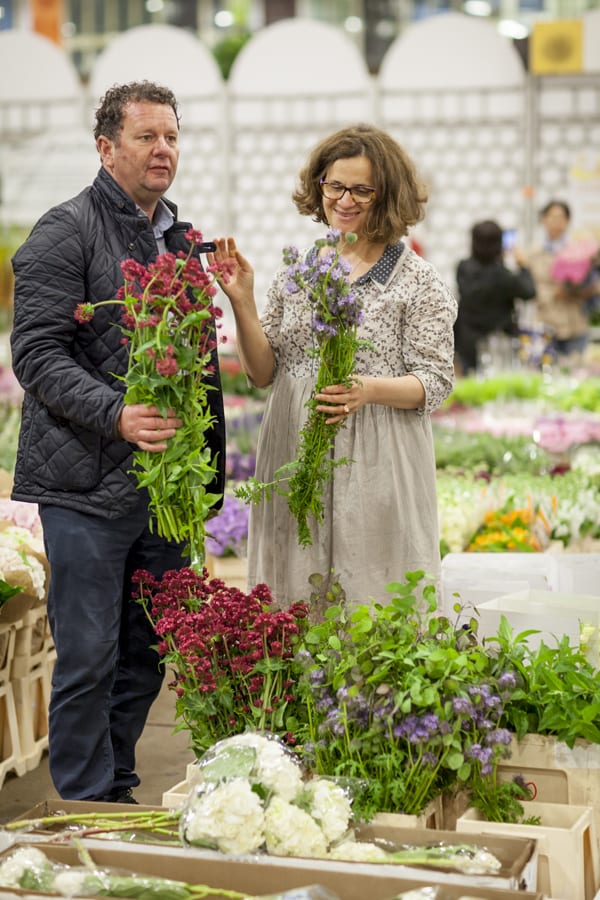 Do check out the new British Flowers Week website for these three blog posts :

A very warm welcome! My name is Rona Wheeldon and I’ve made it my mission to inspire and support the floristry industry. I’m passionate about this incredible sector and everyone involved, rooting for florists, flower growers and flower wholesalers.
END_OF_DOCUMENT_TOKEN_TO_BE_REPLACED

So looking forward to a Power Hour session this af

Tomorrow on the mysmallbusinessandme podcast, farm

“It is not so much for its beauty that the fores

Did you know that it's National Tulip Day today? T

So looking forward to a Power Hour session this af

Tomorrow on the mysmallbusinessandme podcast, farm

“It is not so much for its beauty that the fores

Did you know that it's National Tulip Day today? T

Did you hear that I've launched a brand new YouTub