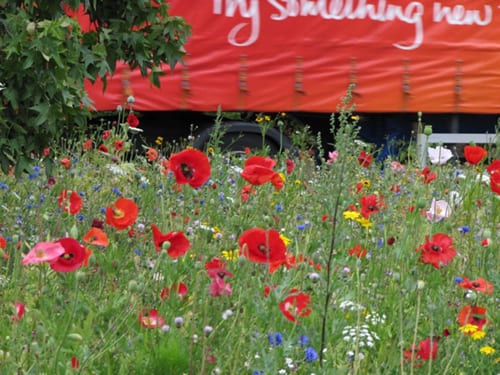 If you’ve not got tickets for next week’s RHS Chelsea Flower Show, then you may like to consider visiting one of the events which are part of the Chelsea Fringe.

It’s a brand new festival of flowers, gardens and gardening taking place across London from today until June 10th.

Chelsea Fringe is the brainchild of journalist and author, Tim Richardson.  And his aim behind setting up this umbrella organisation, which is entirely run by volunteers, is to encourage gardening in London.

Yesterday, I attended the Chelsea Fringe Press Brunch at the Dock Kitchen and learnt more about the ninety of so projects which are part of the festival.

My first glimpse of one of the projects, which you can see below, was a ‘Floating Forest’ of 600 sawn logs in the waters of Portobello Dock, near where the brunch took place. 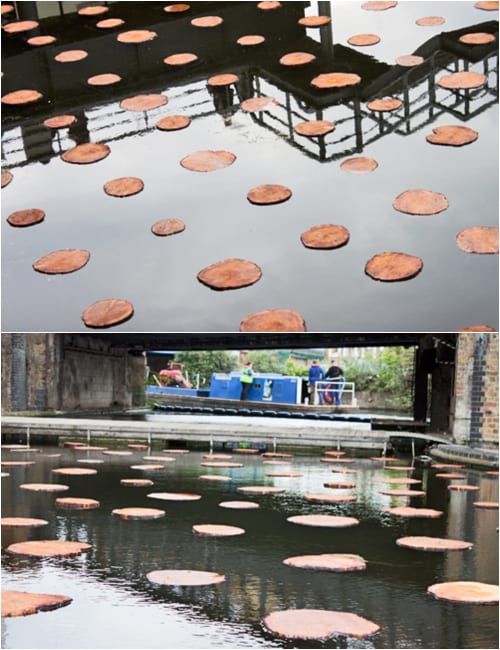 Here are some other highlights:

The Bicycling Beer Garden will be cycling around London, saying hello to other Fringe events and spreading the word about the festival during this weekend. On route, they’ll be handing out planted beer cans for people to take home and plant in their gardens and on their balconies. 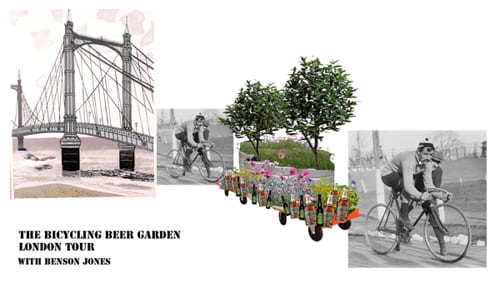 Dine in an indoor Tuscan garden, which includes formal Tuscan lawns, lemon trees, blousey deep purple clematis and fresh white pelargoniums at Daphne’s in South Kensington.  I’ll be visiting the restaurant next Tuesday and will then be blogging about it.

This weekend will see the launch of the first Dalston Flower Show. There will be three weeks of garden tours, workshops, and garden dining taking place in the Dalston Eastern Curve Garden, and out and about on the streets of Dalston.

In bloom from April to November, is a meadow of wild flowers at the busy Hogarth roundabout. The land is managed by Transport for London who gave permission to sow the seeds and plant bulbs, and the work was sponsored by the old Chiswick Preservation Society. (You can see the meadow in the first image in today’s blog post.)

Clifton Nurseries pop-up shop in COS

For the second year running, COS and Clifton Nurseries have teamed up to launch a pop-up shop to celebrate the RHS Chelsea Flower Show and Fringe, at COS Brompton Road. Pop in between May 21st-28th. 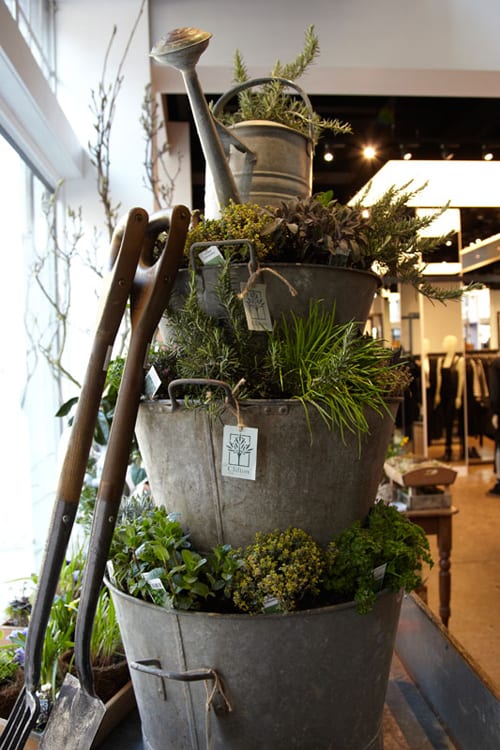 There really is something for everyone from guerrilla gardens and installations, to garden-themed poetry recitals. For more details and an interactive map, simply pop over to the Chelsea Fringe website.

And if you take part, you’ll be in very good company…Tim confirmed yesterday that the Duchess of Cornwall will be visiting Chelsea Fringe projects in Hackney and Dalston later this month.

A very warm welcome! My name is Rona Wheeldon and I’ve made it my mission to inspire and support the floristry industry. I’m passionate about this incredible sector and everyone involved, rooting for florists, flower growers and flower wholesalers.
END_OF_DOCUMENT_TOKEN_TO_BE_REPLACED