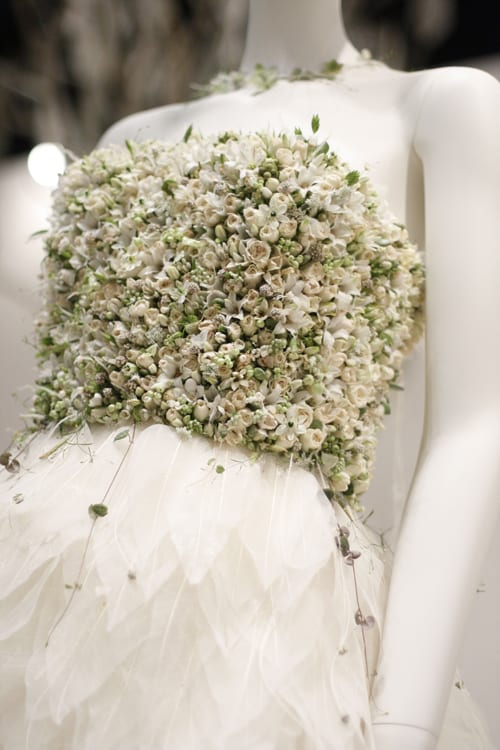 Today, on Wedding Wednesday, I’m delighted to share with you exquisite images of florist Zita Elze’s exhibit at the Singapore Garden Festival 2012.

Zita’s design was the UK entry for ‘Floral Windows to the World’ at the festival. Called ‘Beyond White’, it was inspired by a dream that Zita had.

She created an ethereal wedding scene in a colour palette of white, sand and green.

Zita is well-known for her signature Living Embroidery Collection, where she creates wedding gowns made with fresh flowers, leaves and grasses.

And the floral dress design at the festival was a beautiful example of her intricate, detailed work.

The dress had a 3m long train of thousands of skeletonised leaves, that had been bleached twice for a paler colour.

Included in the amazing bodice of the dress were lots of small white flowers including rose buds, agapanthus, stephanotis, hyacinths and orchid heads.  Dried bougainvillea, berries and nigella seed heads were also used.

The flowers for the embroidery were imported from Holland, with the trees and plants being sourced locally.

The large trees at the back of the exhibit were native Singapore trees called Frangipani.

And beneath them were locally sourced plants, known as Desert Rose.

The unusual plants next to the two driftwood chairs were called South African Pride.

Here are some more images of Zita’s breath-taking design… 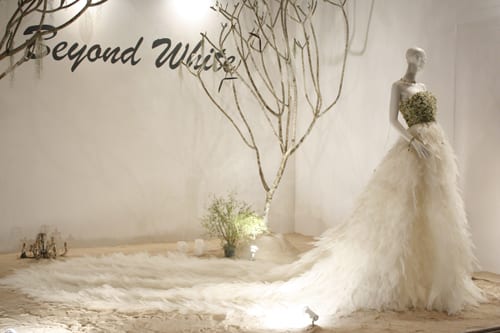 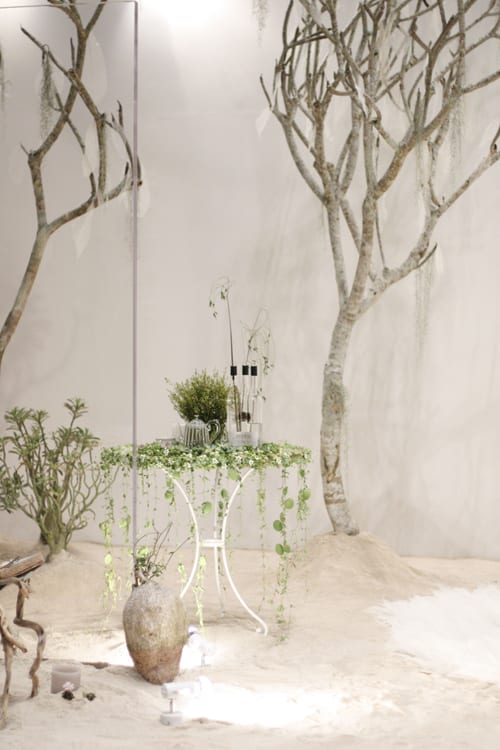 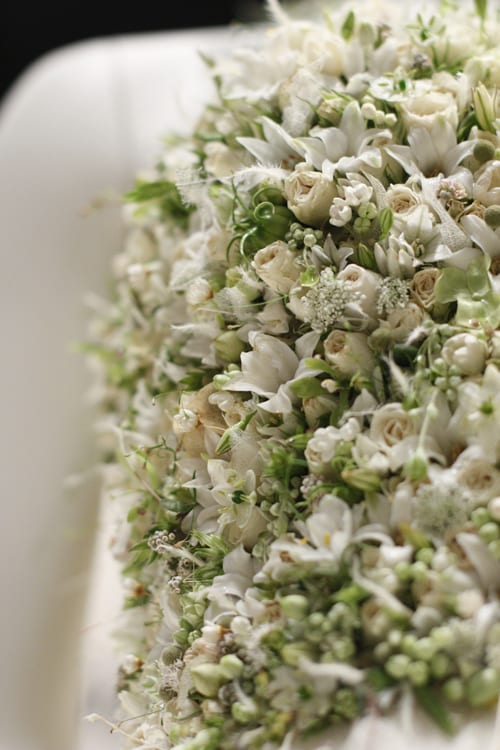 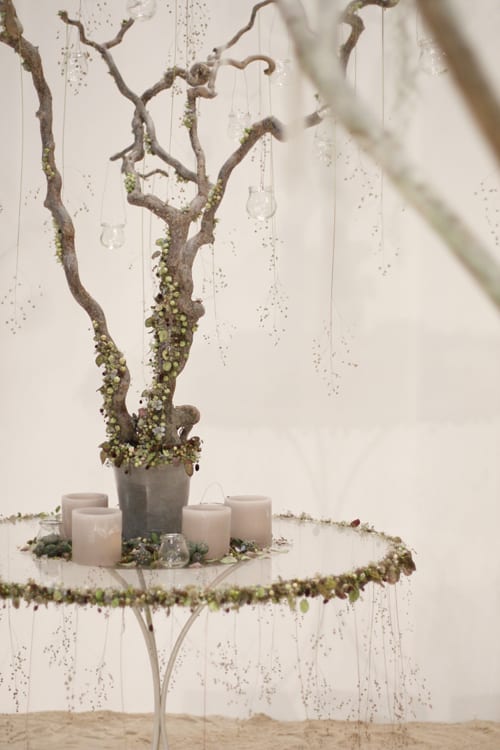 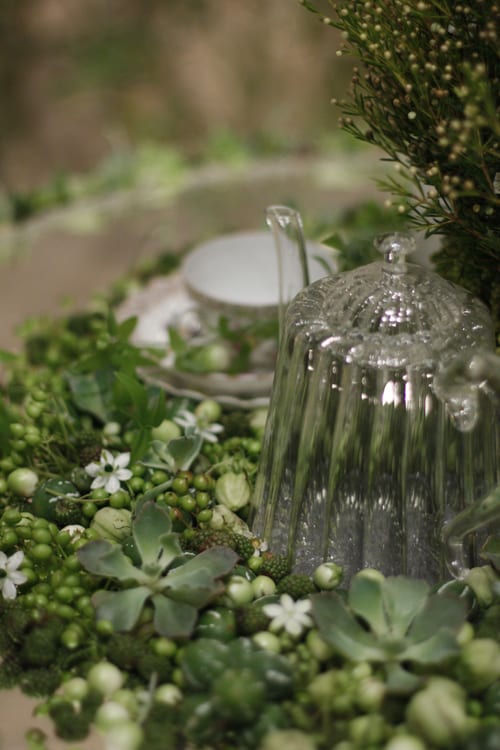 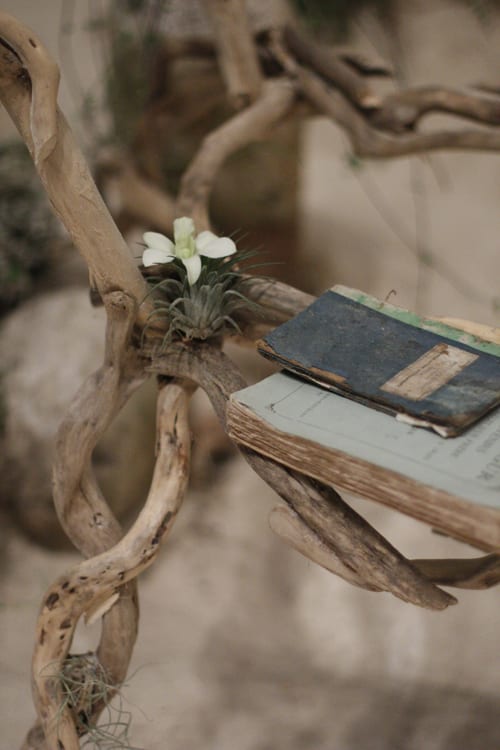 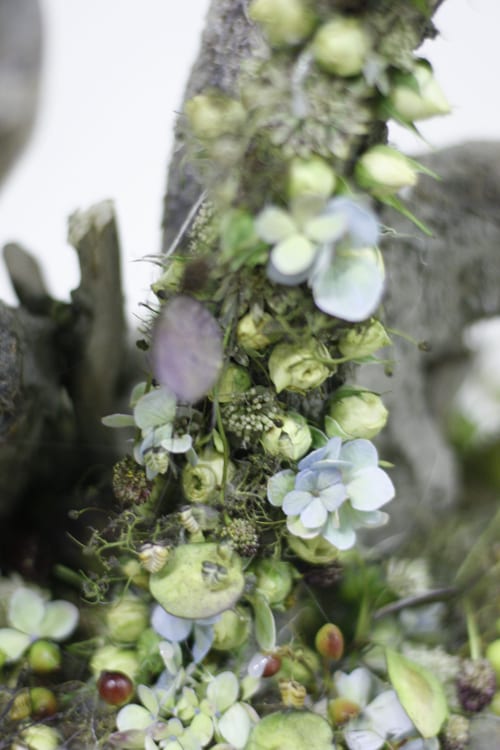 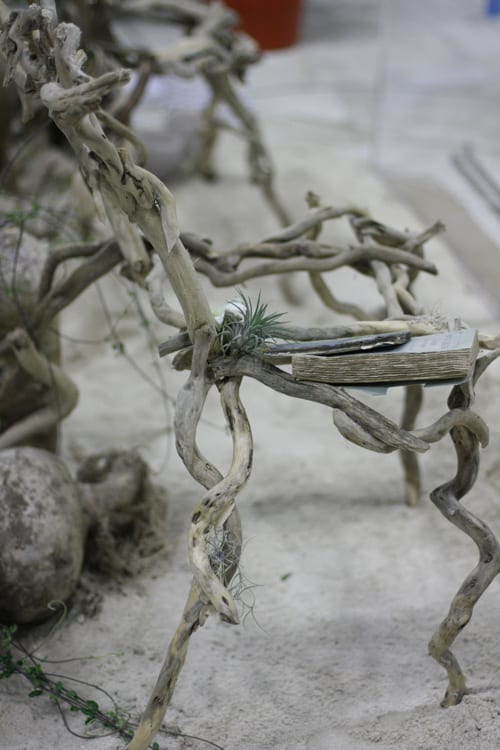 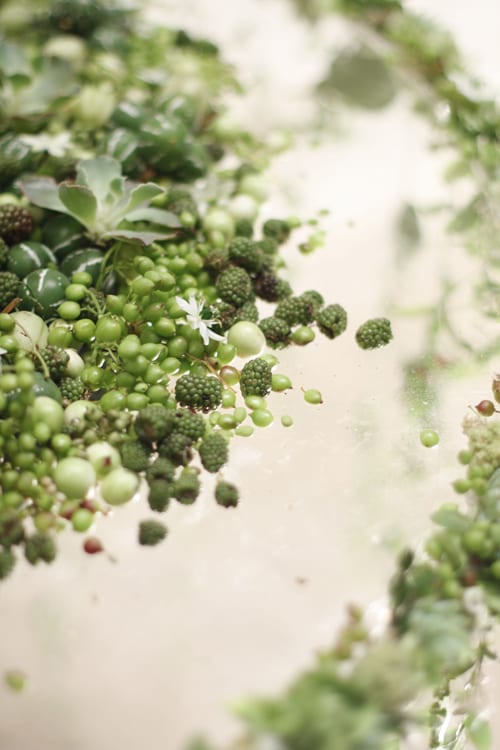 I hope you’ve enjoyed today’s blog post.  I am in total awe of Zita’s amazing talent…!

A very warm welcome! My name is Rona Wheeldon and I’ve made it my mission to inspire and support the floristry industry. I’m passionate about this incredible sector and everyone involved, rooting for florists, flower growers and flower wholesalers.
END_OF_DOCUMENT_TOKEN_TO_BE_REPLACED