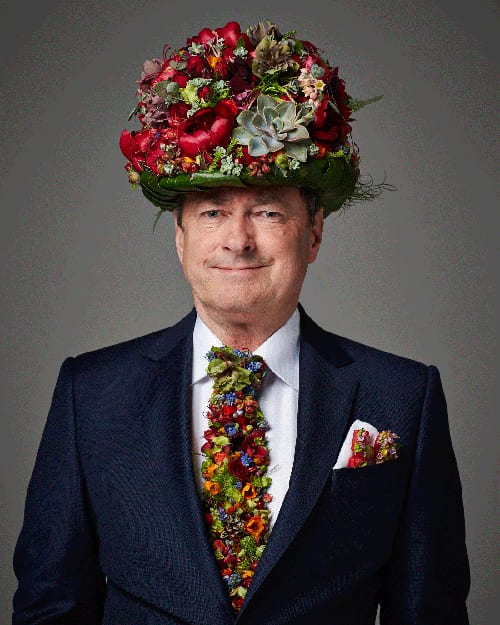 What a treat I have for you today! The wonderful Mr Alan Titchmarsh recently appeared on the front cover of the Radio Times magazine wearing a very special top hat, tie and an embellished no. 50 in his pocket, designed and created by florist Zita Elze. The floral accessories were made to mark Alan’s 50th anniversary as a plantsman and also the 50th year of the Royal Horticultural Society’s Britain in Bloom campaign. 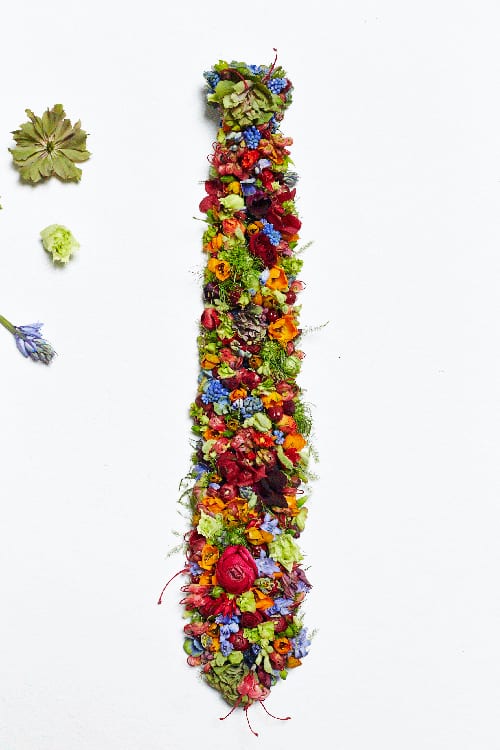 Here’s a close-up of the tie. 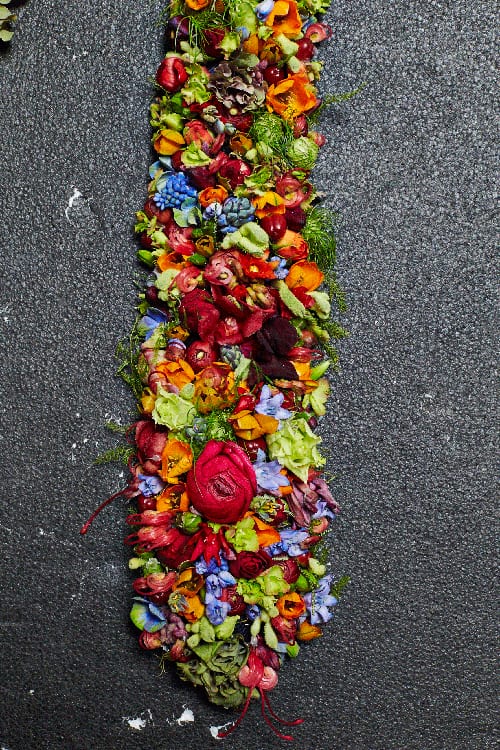 Aren’t the designs just absolutely stunning?! Here are some of the individual components… 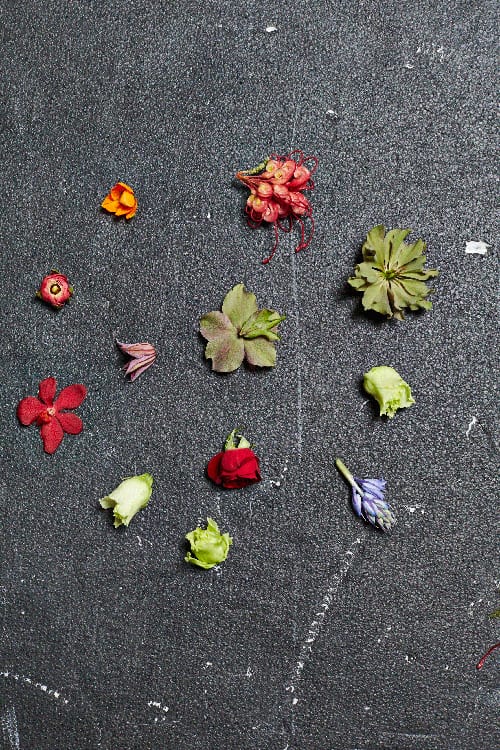 And what a great shot below! 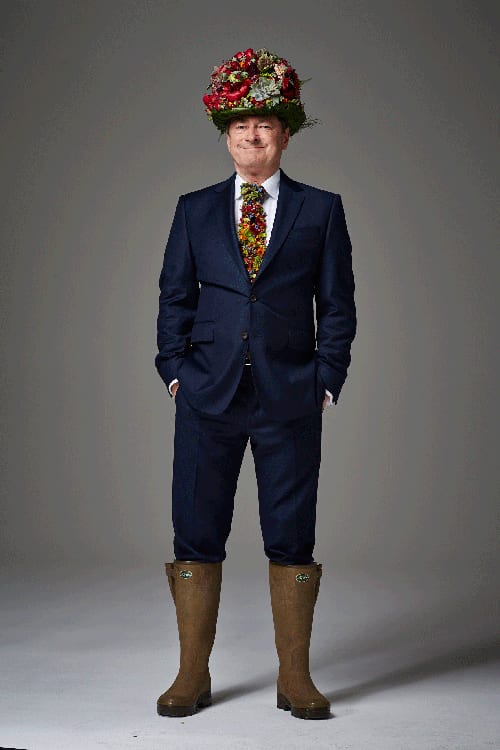 Many thanks to Zita, The Radio Times and photographer Ian Derry for allowing me to share the images with you today. If you would like to attend a Floral Embroidery course, Zita’s next one runs from July 7th-8th at her Floral Design Academy in Kew. Full details can be found on the Zita Elze website.

« One Flew Over at A Most Curious Wedding Fair – April 2014
Florist Friday: Interview with Zlatko ‘Todd’ Todic of Todich Floral Design »

A very warm welcome! My name is Rona Wheeldon and I’ve made it my mission to inspire and support the floristry industry. I’m passionate about this incredible sector and everyone involved, rooting for florists, flower growers and flower wholesalers.
END_OF_DOCUMENT_TOKEN_TO_BE_REPLACED