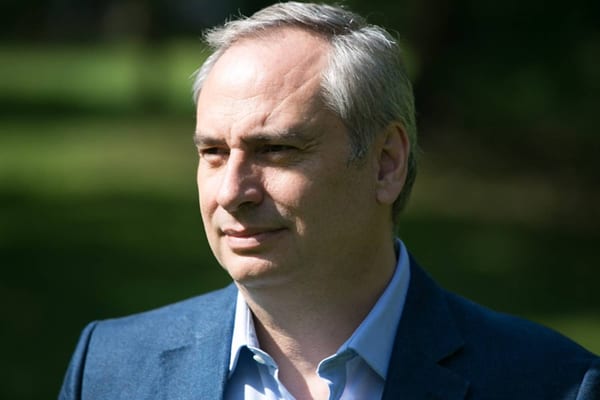 Today, as part of my Florist Friday blog post series, I’m delighted to feature an interview with Christopher Hammond-Davis of Woodbrown.

Could you tell us what prompted your career in floristry?

I started out as an actor at the early age of 11 and worked in TV, Radio and Film, working with screen greats Sophia Loren and Richard Burton. I went on into musical theatre, playing such parts as Bernardo in West Side Story in the West End. In the early 1990s, to supplement my income, I took a job as a driver at London florist, Lavenders Blue. After a couple of weeks working for them, I started to help out with contract maintenance and started arranging flowers. I learnt floristry by the ‘in at the deep end’ method! With Lavenders Blue, I worked on parties and weddings and Art & Antiques Fairs in London and New York. This stood me in good stead for the future.

How did your floristry career progress?

Continuing my acting career, I left Lavenders Blue to play Jud Fry in Oklahoma! Then, I went to Kenneth Turner in Mayfair, for a one day trial to potentially work as a freelance florist. I ended up being booked to work every day for three months, including a wedding in Athens during the run-up to Christmas. After that, I worked there more and more as a freelancer, which really opened my eyes to the world of Floral Decorating! It became quite a challenge, juggling my acting auditions with freelance floristry work. And it got to the stage when I was offered a full-time position that I had to make the decision of which career path to take. 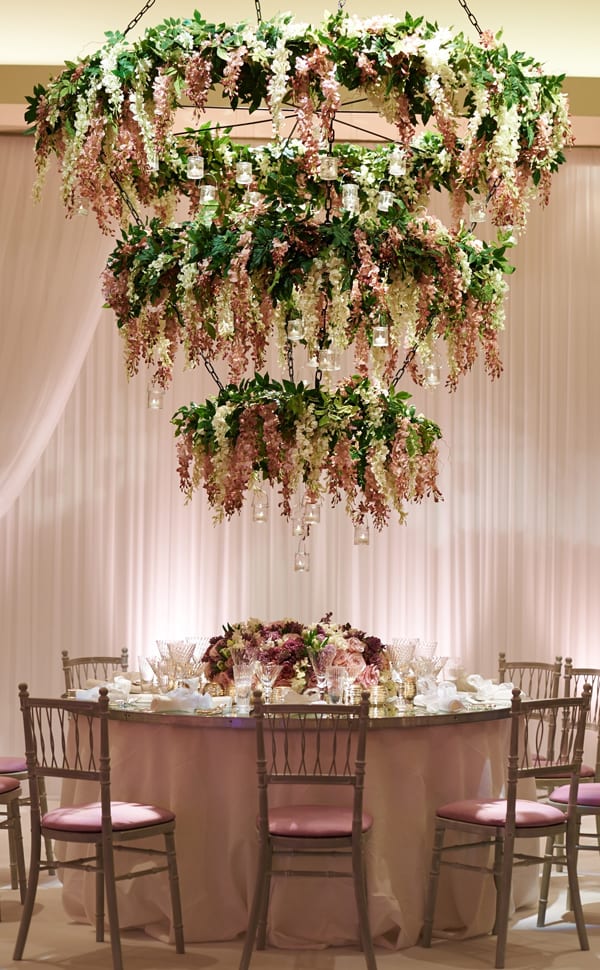 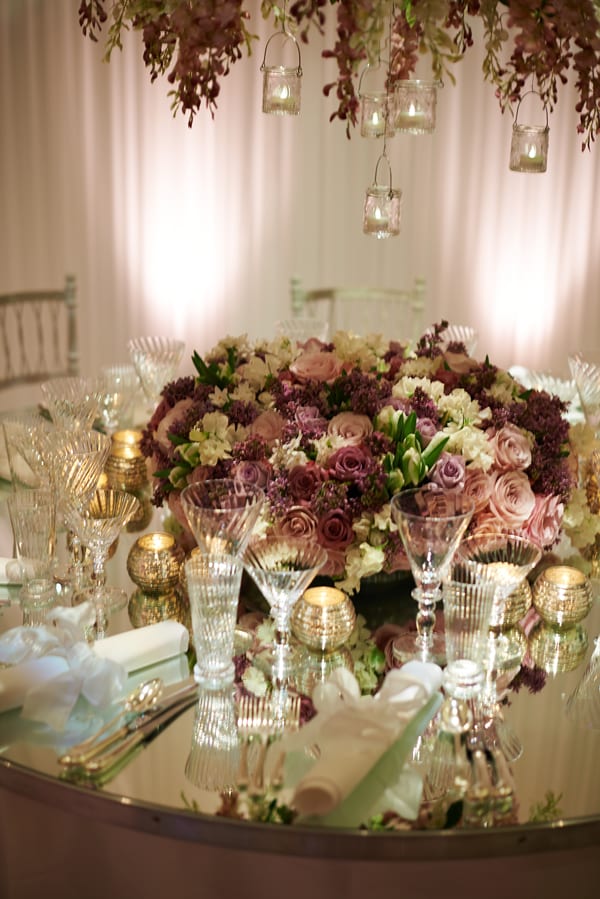 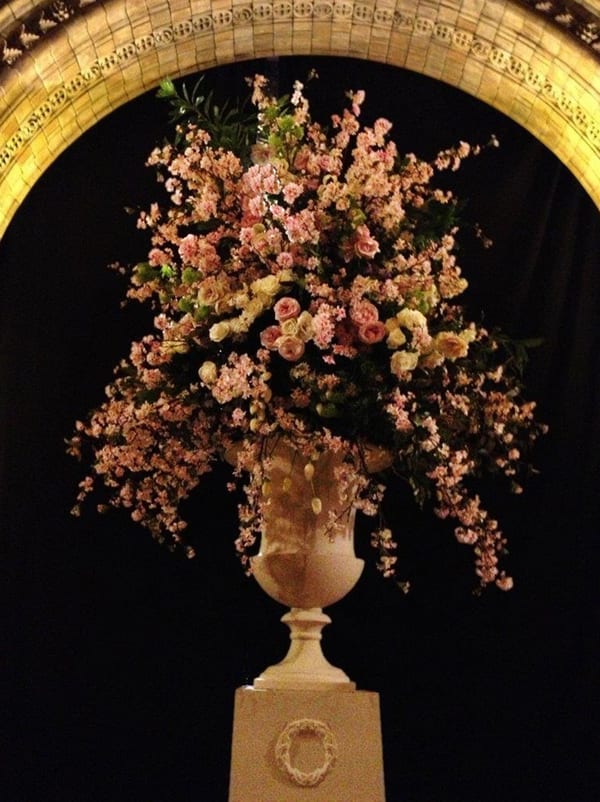 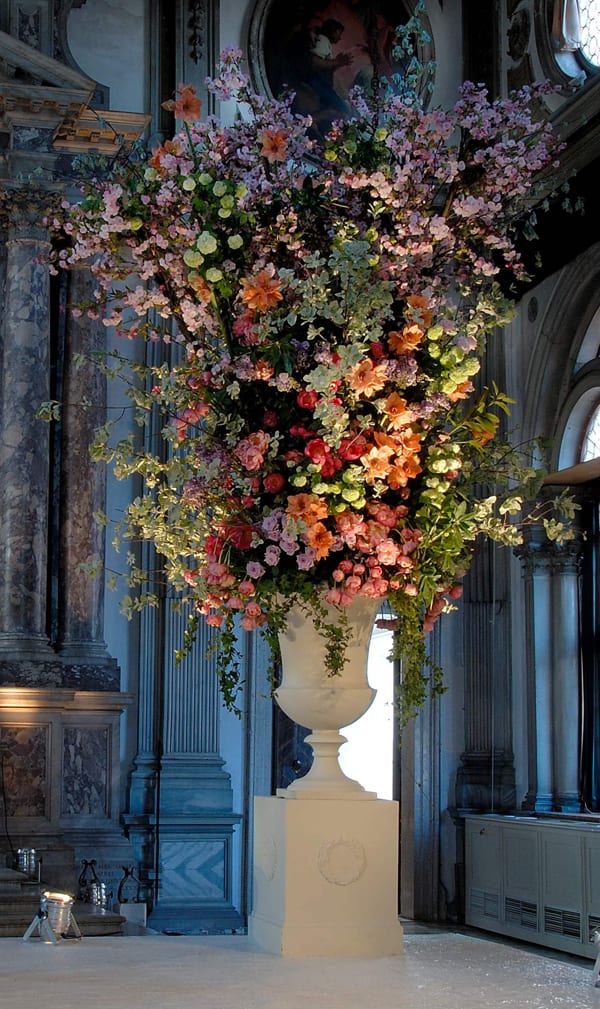 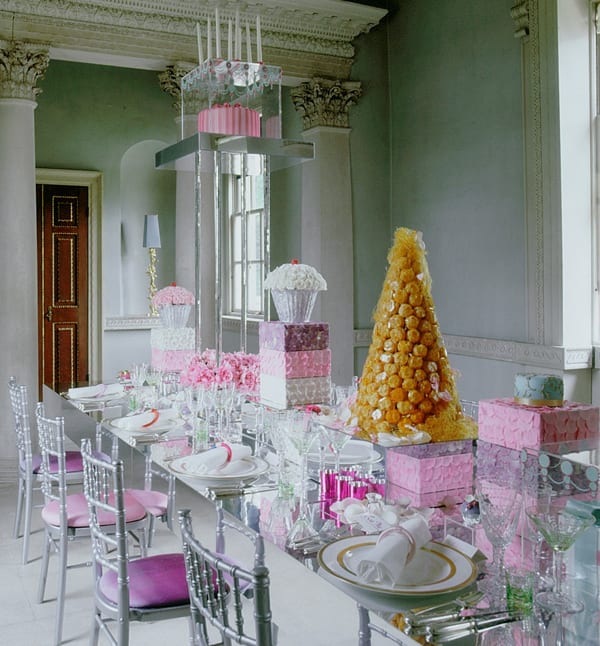 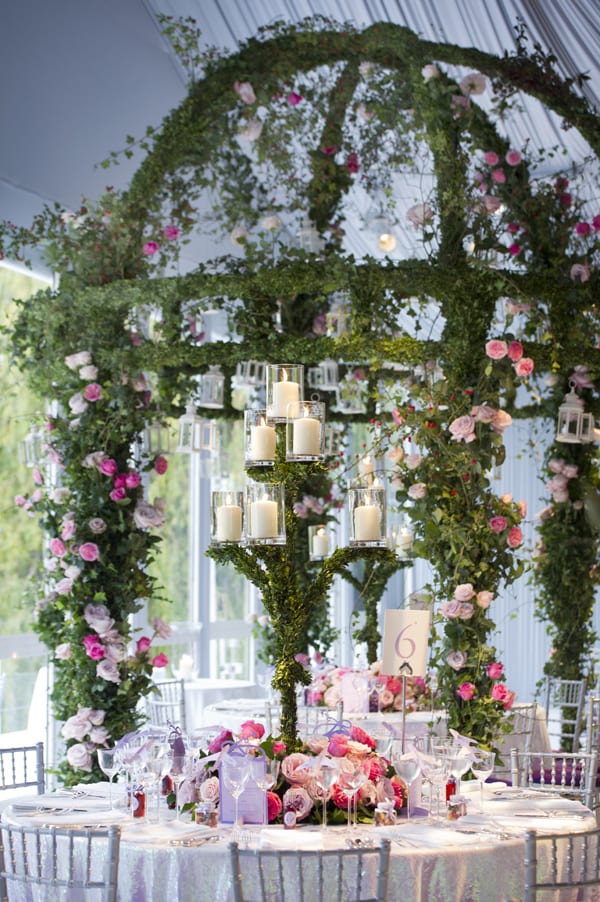 When did you join Woodbrown?

Simon Brown ran Kenneth Turner Ltd. From the first day, we really got on so well and became like brothers. I worked for him as International & VIP Events Co-ordinator. We left Kenneth Turner to set up Woodbrown in 2001 and worked together until he passed away in June 2006.

Could you tell us about your role at Woodbrown?

My role is Creative Director and I run Woodbrown with my Co-Director, Marie Sweeney. Known to all as Maisie, we met working on a wedding in Monte Carlo for Simon (Kenneth Turner ltd) and just hit it off instantly. Marie lived and worked in Edinburgh, but for years regularly worked for Simon as a freelancer. She joined Woodbrown permanently in 2007, moving down from Scotland to London. Whilst I mostly make decisions about the look, feel and style of the decoration of our events, Maisie mostly looks after the logistics, crewing, organisation and budget. We discuss every aspect of an event together and on occasion, we have in the past had three large scale parties in three different continents. So sometimes we have to do each other’s job as well as our own. But I could never compete with Maisie’s organisational skills.

Who else works with you and Maisie?

Working alongside us we have a large pool of talented florists, prop makers, artists, artisans and gardeners, who are all like family to us and we have known them for over a decade. We also use PollenCrew, when installing and clearing events. 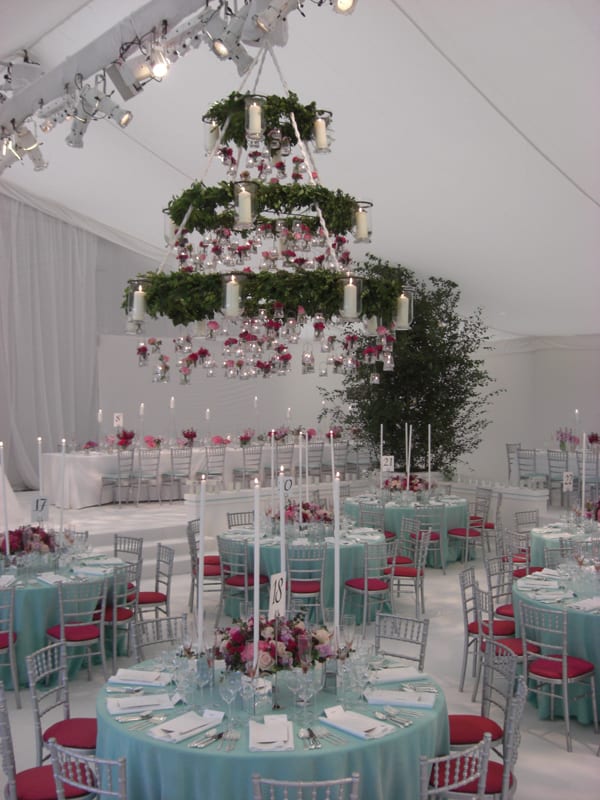 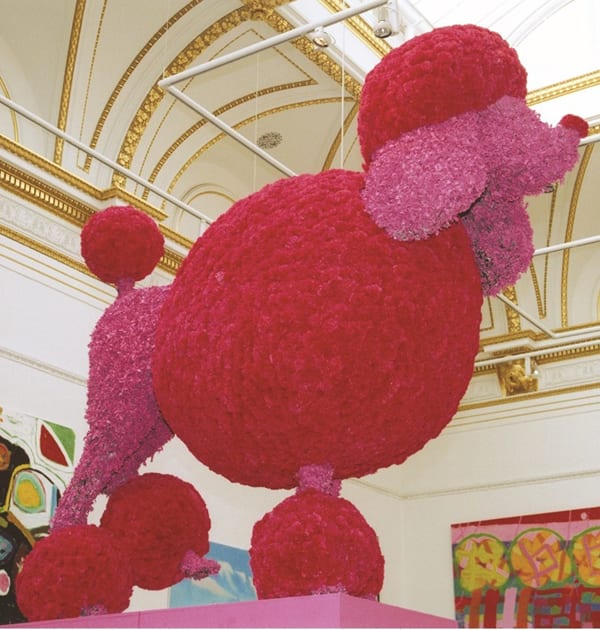 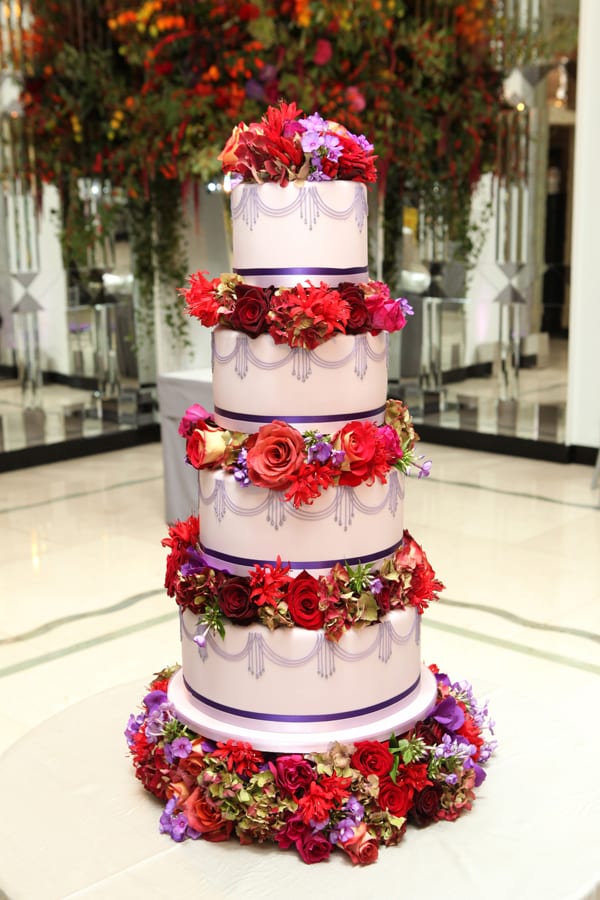 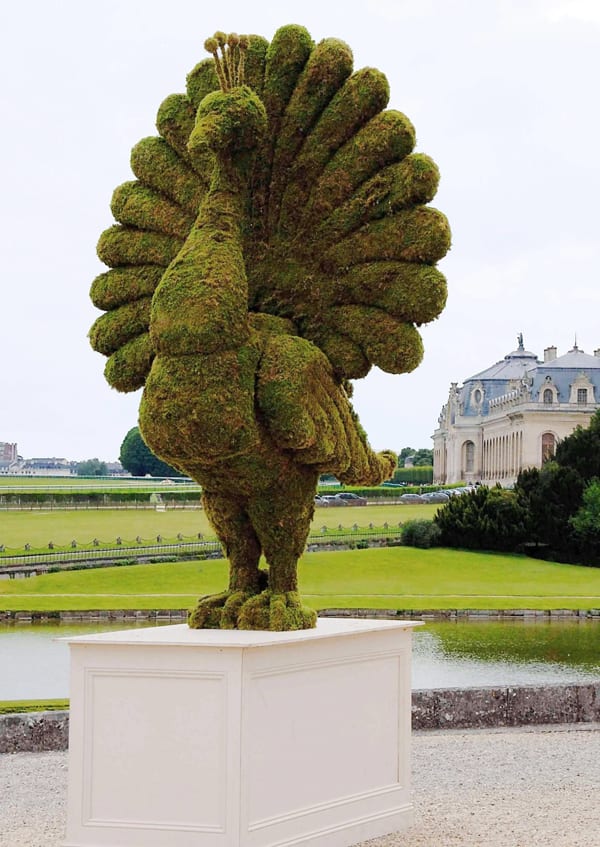 Could you tell us where you’ve worked?

We provide incredible, wonderful, beautiful flowers for weddings, events and parties. The decoration of events can go way beyond floristry and we often create sculptural pieces out of natural materials and flowers.

Could you tell us how you approach each event?

We like to work closely with the client, finding out their dreams for the event. We take that and run with it to make it a reality. Often the client has come to us to tell us we have surpassed their wildest imagination. Scale is most important to us as is integrity. We like to use flowers in season that work well together. When we can, we’ll use British flowers.

Where do you buy your flowers?

We buy from most of the wholesalers at New Covent Garden Flower Market. We also support The Floral Angels, who are based there. 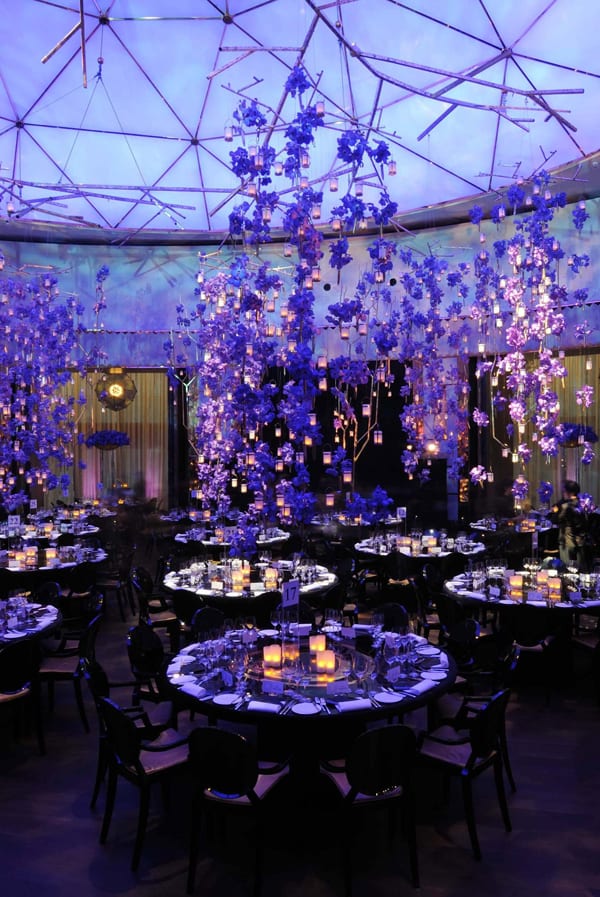 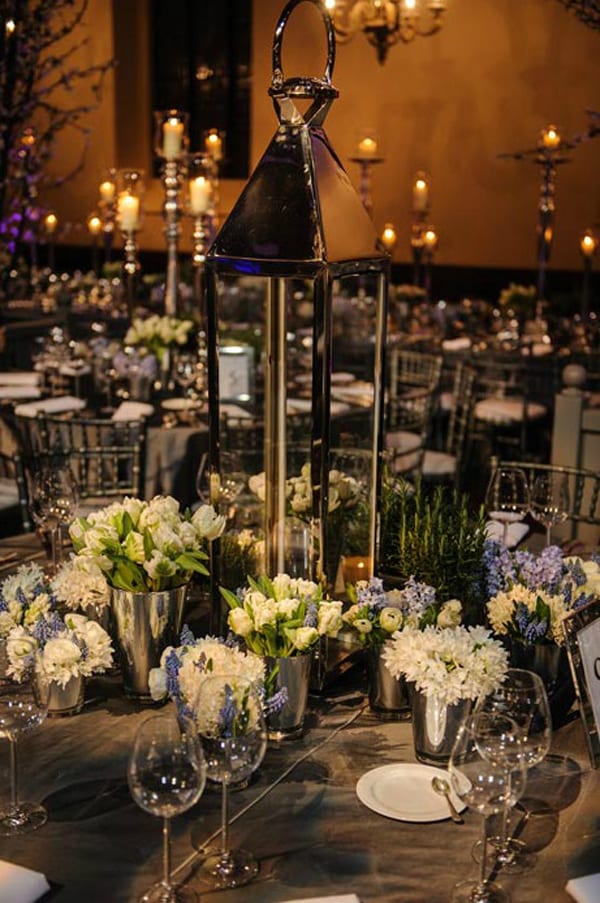 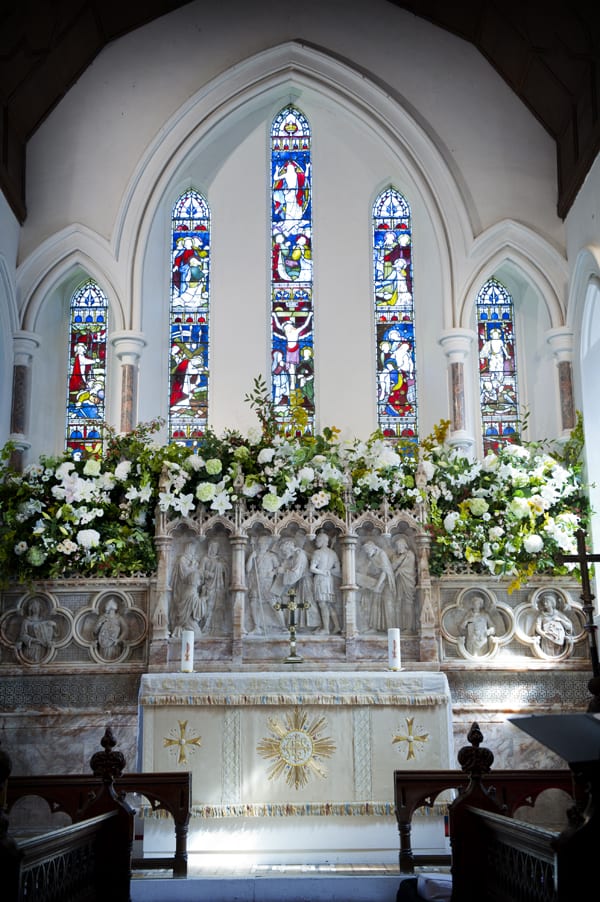 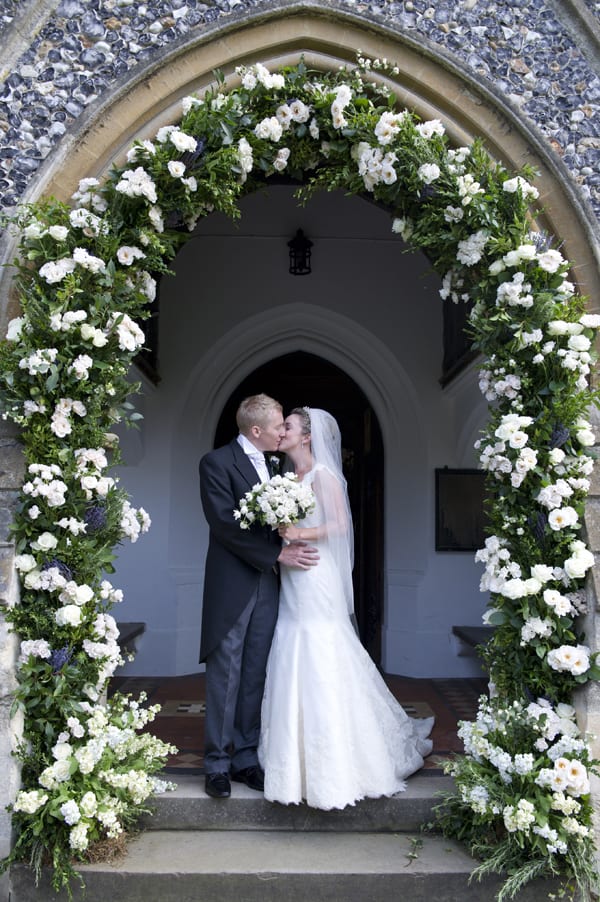 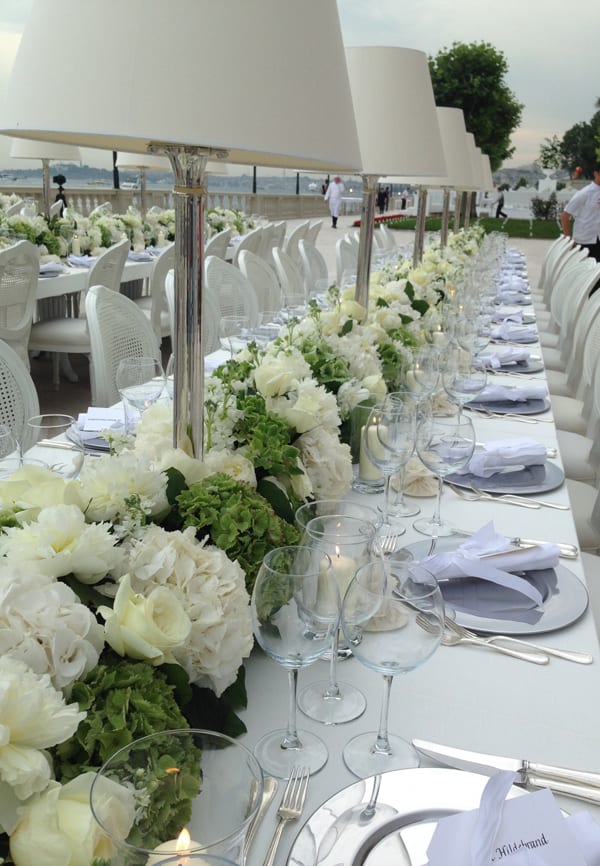 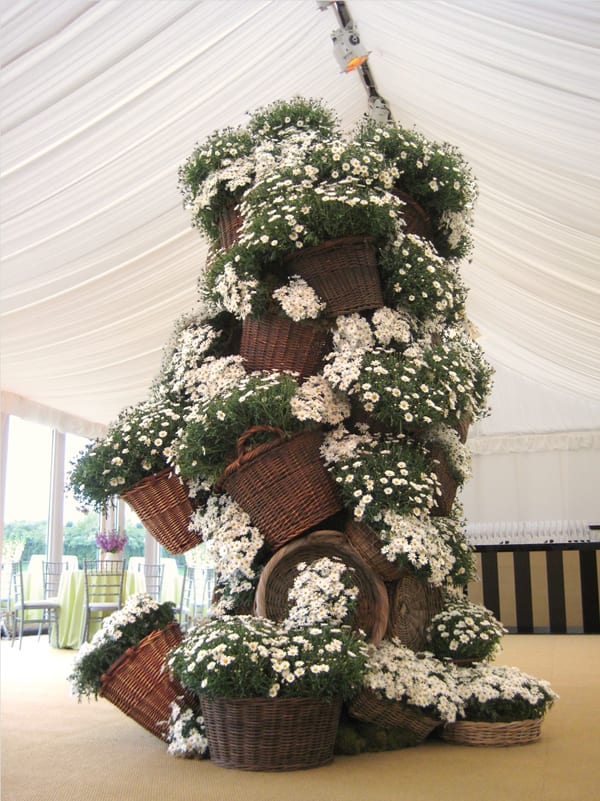 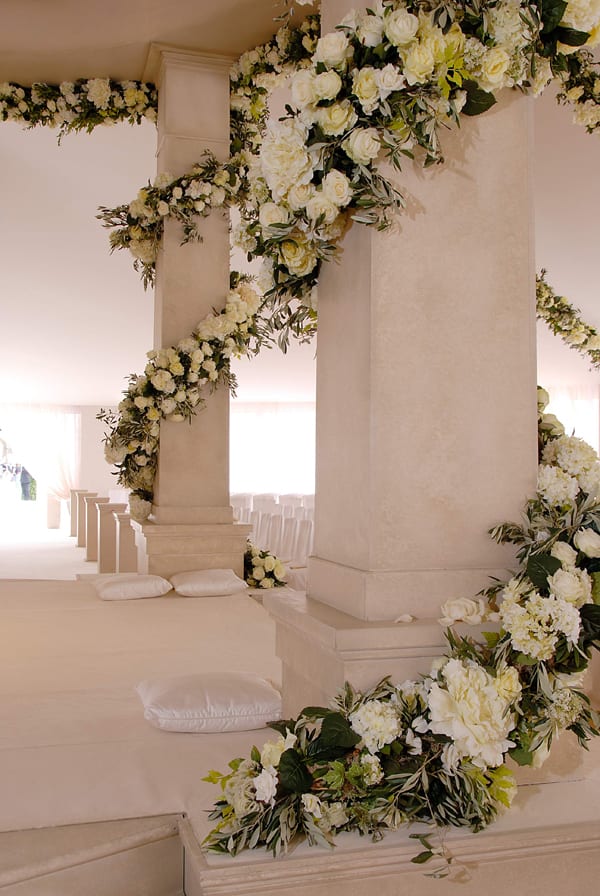 Inspiration can come from the bride, her dress, the venue or the client’s chosen theme. Having studied theatre and costume design at stage school, I’ve been able to bring this element to our floral decoration. Attention to detail and a sense of drama is very important. Inspiration can also come from a book, a film, a painting, a place or a garden. If I include a particular element in a design, I like it to have a reason for being there. For example, for one recent event, we created a stylised Elizabethan espalier garden, with the espalier pear trees ‘growing’ through the centre of long dining tables. Overhead the espalier trees linked together so they spanned the distance from one table to another with just enough room for the waiters to pass through underneath. The heavily embroidered fabric used to cover the tables was from Mulberry. We took inspiration from this, using all the subtle colour differences in the threads to select flowers for the arrangements in shades of burgundy, red and pink.

I love all flowers, but if I had to pick a favourite, it would be the sweet pea. I love the scent.

What are your plans for the next few months?

We’ve just worked on the Tusk Ball at Syon Park, attended by HRH the Duke of Cambridge. We created African animals out of authentic African fabrics. The charity Tusk liked them so much that they’ve asked us if we can reuse them for another event later this year. (Click here to see a video of these amazing creations!)

We have lots of other events coming up but due to client confidentiality we can’t mention them. We’re also planning on getting our social media and website up to speed. Before we know it, it’ll be time to start decorating our clients’ homes for Christmas.

Thank you so much to Christopher for all his help in compiling today’s blog post. If you’d like to see more of his beautiful designs, do pop over to the Woodbrown website. Social media wise, you can find Woodbrown on Twitter.

A very warm welcome! My name is Rona Wheeldon and I’ve made it my mission to inspire and support the floristry industry. I’m passionate about this incredible sector and everyone involved, rooting for florists, flower growers and flower wholesalers.
END_OF_DOCUMENT_TOKEN_TO_BE_REPLACED

'You have to stop doing what everyone else is doin

Florists and flowers growers from the UK, Ireland,