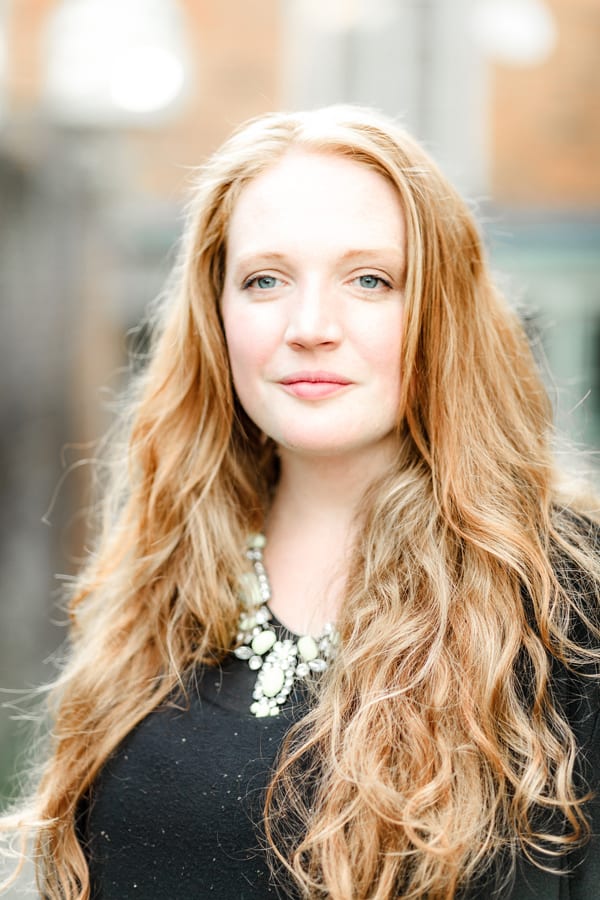 This week, as part of my Florist Friday blog post series, I’m delighted to feature an interview with Gayle Evans of BloominGayles. I had the pleasure of meeting Gayle at a floristry workshop a few years ago and absolutely adore her distinctive floristry style. You’re in for such a treat today, Flowerona readers!

It was a serendipitous event 14 years ago. After years of believing that my creative soul was destined to be a graphic designer since leaving school, at 16 it was in the midst of my second year into a degree at the Camberwell campus of the London Institute of Art and Design that I realised that in all honesty, graphic design was not the path I should be treading. A nervous and humbling discussion with my parents and the trip back home with my tail between my legs, I found myself answering a local newspaper ad for a part-time position in a florist shop and that was that.

Could you tell us how your floristry career has progressed?

After spending 3 years in retail where I learnt on the job, I swiftly went from part-time to full-time to becoming a manager of one of the company’s shops in Eltham. I went on to leave and study full-time for a qualification in floristry at Hadlow College. Whilst studying, I took the stance that after the years I’d done in retail already, I wanted to do something different for the work experience hours needed to fulfill my qualification.

I therefore approached Tom Brown Wholesale where I became a weekend worker in the sundries department. On leaving college, Tom kindly offered me a full-time position, which I took as being assistant sundries buyer and also worked as head florist in his shop in Verdant Lane. I left Tom after 4 years. This led me to a short stint in corporate contract floristry in London.

It was then that my father was diagnosed with lung cancer and I took the decision to help my mother with the care of him whilst he was going through treatment, as it hadn’t been long since they had moved to a new home. It was after dad’s funeral and his nagging me whilst ill that I could ‘do it on my own’ that I decided to register myself as self employed. And then I took a part-time role at another wholesaler called South East Flowers (although they were Pages when I joined the workforce) and slowly built up my own private work.

I became a member of the in-house florist team at Leeds Castle for 4 years and was the secretary of a florist industry business forum for a while. I quickly made the decision that I would concentrate on wedding work as I enjoyed it the most. And slowly but surely I became known for my flowers. It rapidly snowballed after meeting and creating a working friendship with some rather fabulous females in the wedding world and here I am today. I’d like to think that dad would be proud of all I have accomplished, I know he’d be saying, ‘I told you so’ for sure. 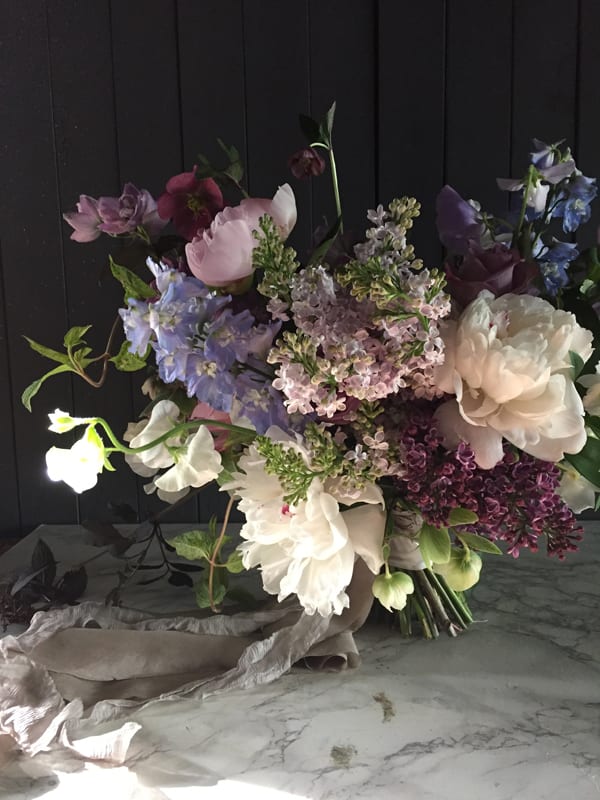 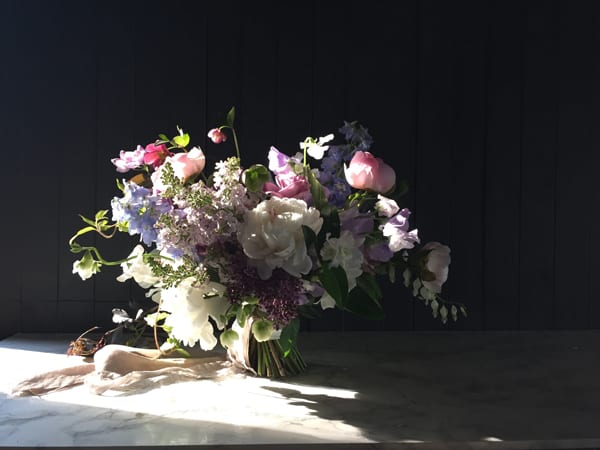 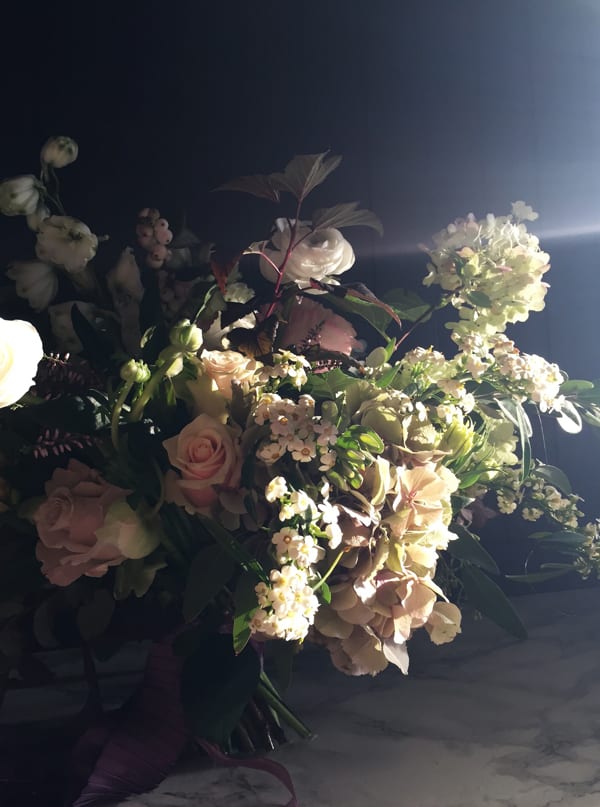 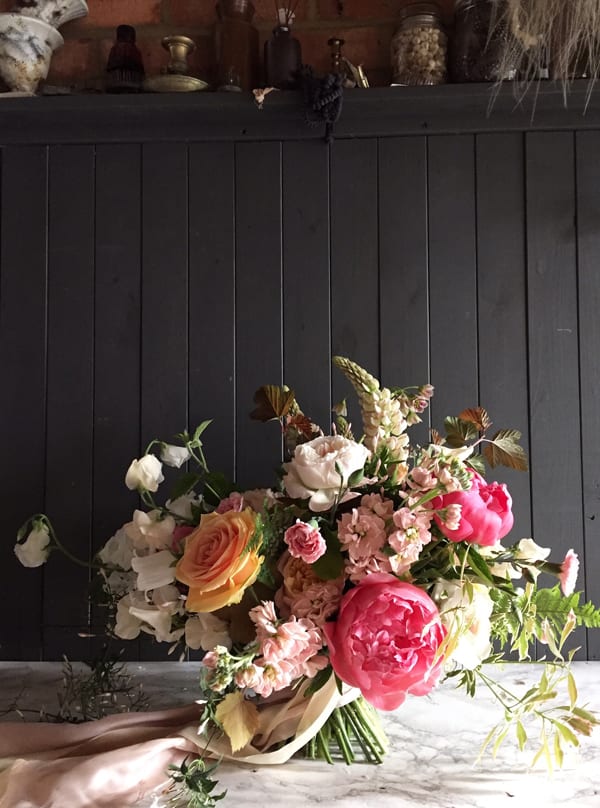 I started my business in 2008 and am based in Kent, in between Maidstone and Chatham.

I’m mainly marketed towards weddings as I’m a workshop florist and don’t have a retail outlet (as of yet). But I do create funeral work when requested and flowers for other occasions and events. I do a lot of press work and supply flowers for product shoots and launches, generally relating to weddings and fashion.

It may seem a cop out and a bit hippy trippy, but I get most of my inspiration from the flowers themselves. As much as I have an idea in my mind as to what I wish to create, it inherently changes due to how the flowers are. And they dictate to me what the final product will look like. 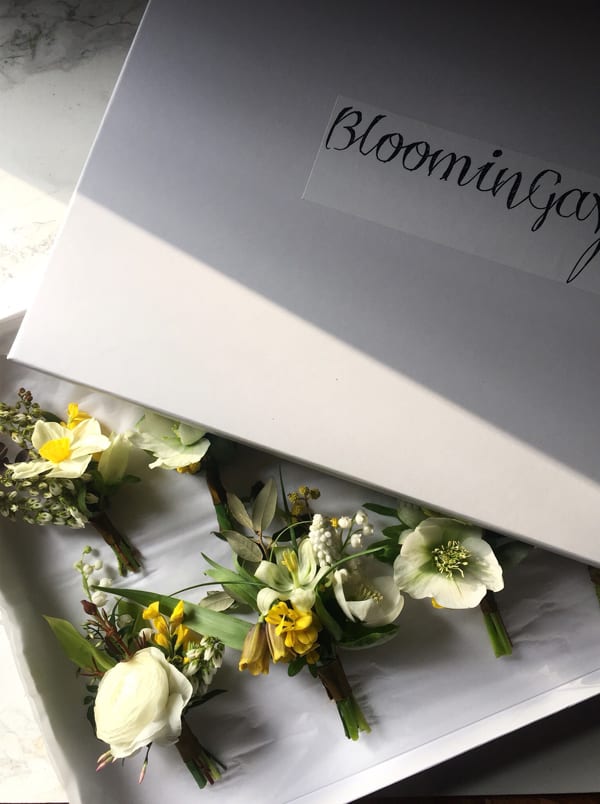 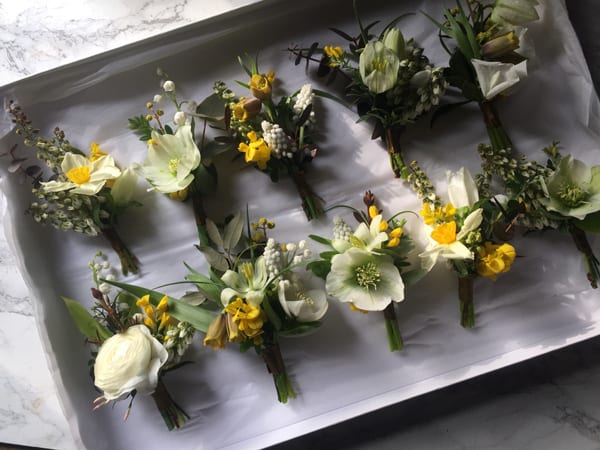 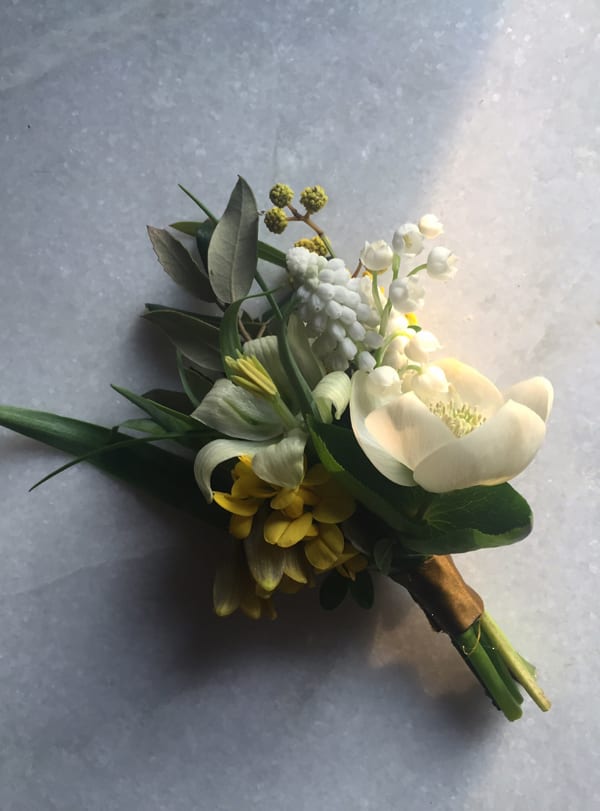 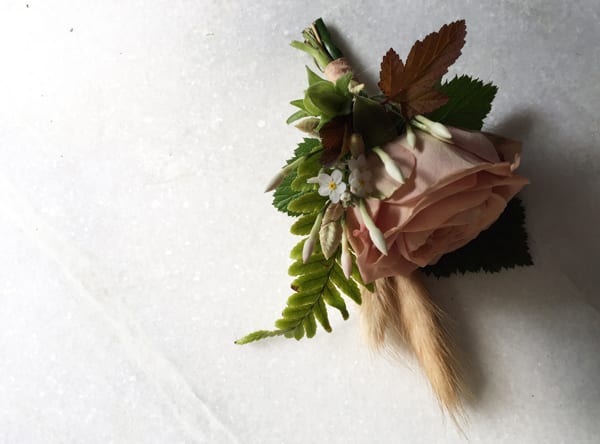 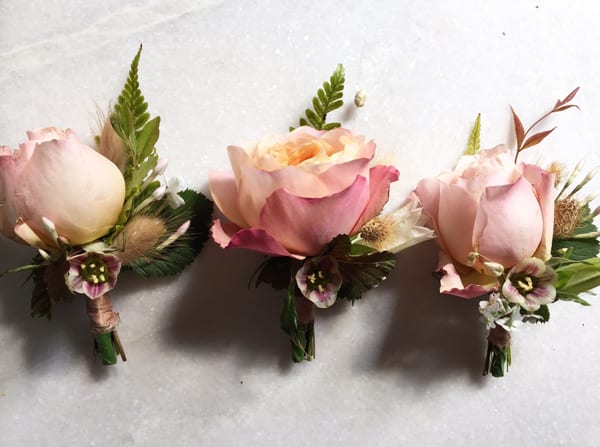 I was always reprimanded for doing natural ‘messy’ bouquets when I was in retail as the tight, domed perfect arrangements were the style to do. And I’ve always felt most comfortable when creating flowers in such a wild and abandoned fashion. It was just natural to me and to be honest, I do have an inner rebel that if told I must do something in a certain way, I will fight against it. Some may jump to the conclusion that I am a follower of Constance Spry and that I’m following suit of others such as Saipua, The Blue Carrot, Jo Flowers, etc. But it’s always been my inner floral style.

2016 sees me having the first holiday abroad in 6 years!! Oh and the expansion of BloominGayles.

Oh lordy, that’s like asking a mother who her favourite child is. I can’t answer that I’m afraid. There are far too many gorgeous blooms in this world for me to ever choose. And it changes weekly with what comes and goes from being in season! I do have a love of spring flowers though as a season in general and little fritillaries are high on my list. 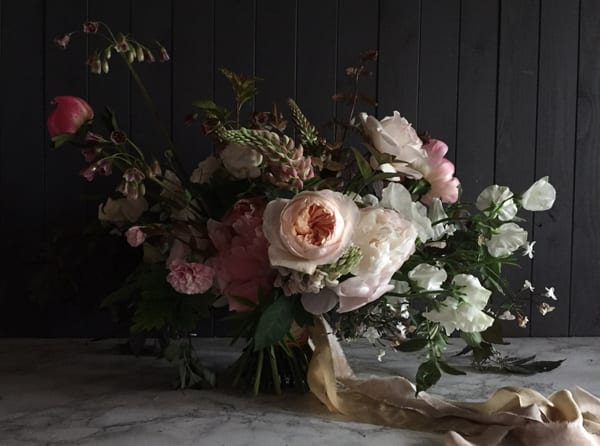 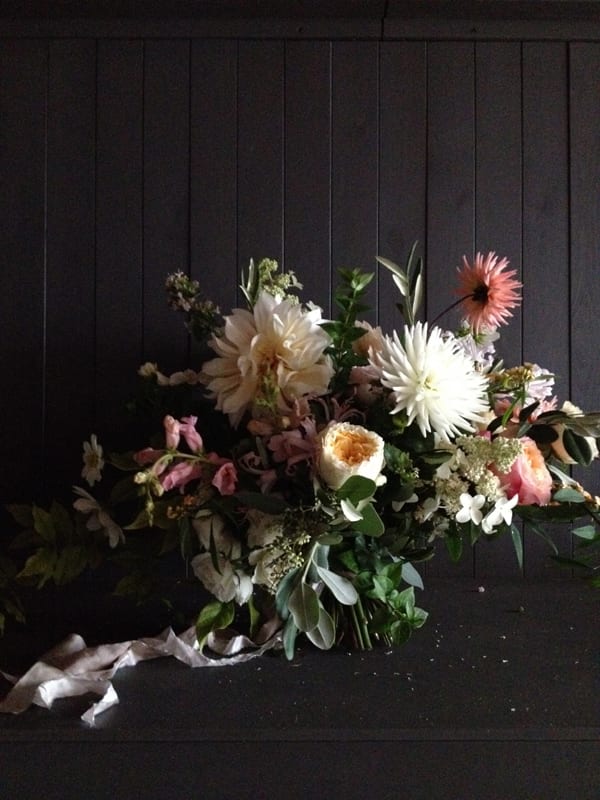 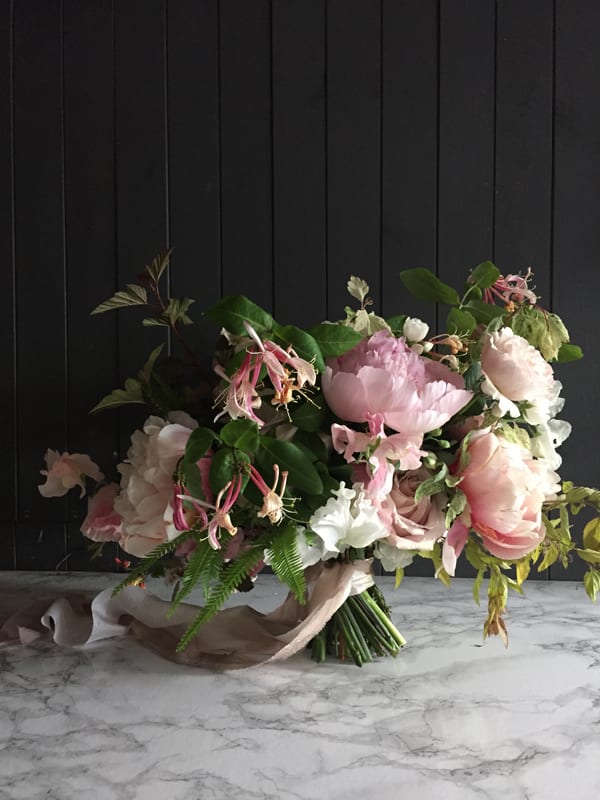 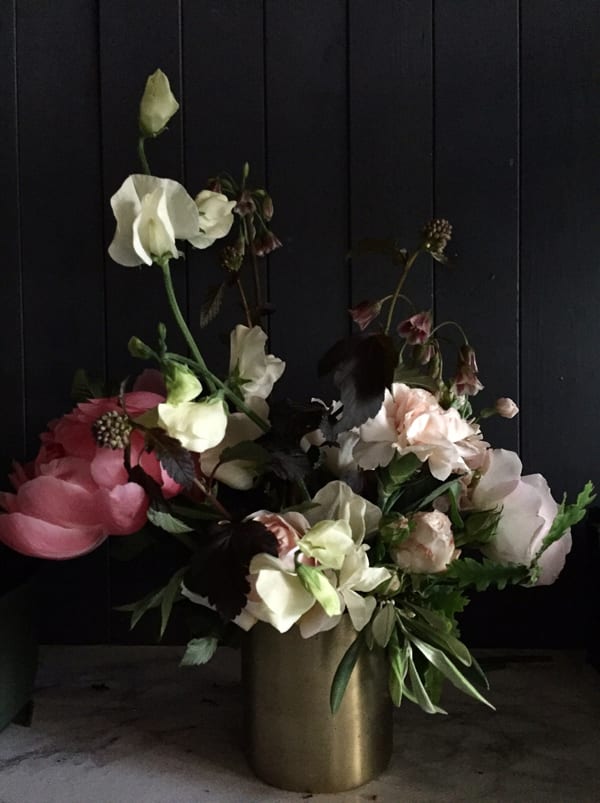 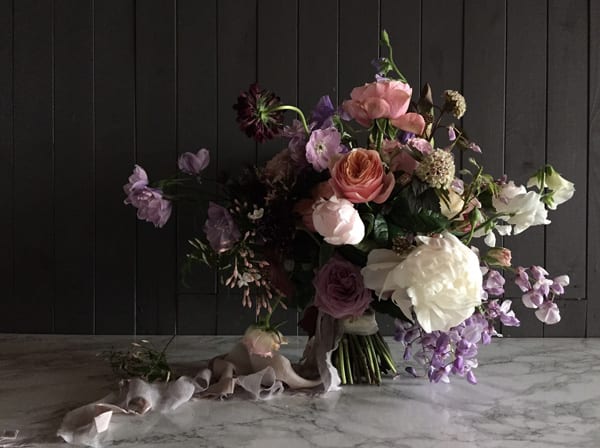 « Flowerona Tips : How to have a Digital Detox whilst on holiday
Special Flowerona Workshop Package – Instalment Plan »

A very warm welcome! My name is Rona Wheeldon and I’ve made it my mission to inspire and support the floristry industry. I’m passionate about this incredible sector and everyone involved, rooting for florists, flower growers and flower wholesalers.
END_OF_DOCUMENT_TOKEN_TO_BE_REPLACED

Today saw my very first trip out since the lockdow

Today saw my very first trip out since the lockdow

Photography is the focus of this week, Week 4, on