Flower of the Month – The Cyclamen…A guest post by Katie Spicer, in collaboration with Ann Briggs 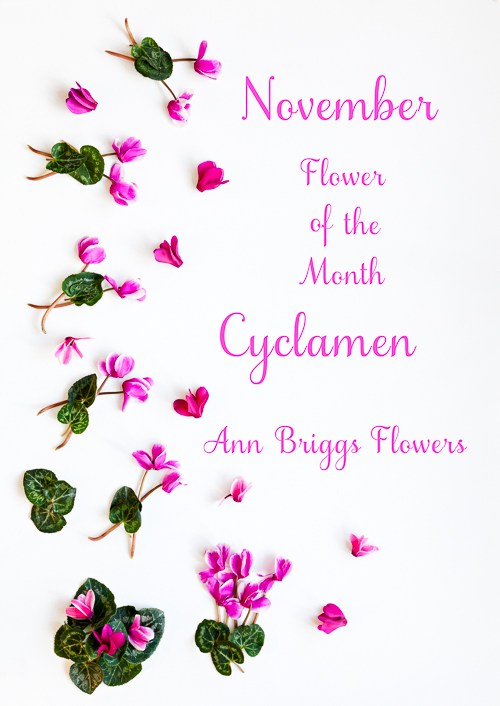 I’m delighted today to feature photographer Katie Spicer‘s beautiful images of this month’s Flower of the Month. Thank you so much to both Katie and florist Ann Briggs for collaborating on this post.

Ann chose to use the dainty cyclamen. They’re so pretty and come in one of my favourite shades of pink!

“This little flower is rarely used as a cut flower. It’s far more likely to be seen as a pot plant standby at this time of year. It is obviously good as a ‘filler in of gaps’ but is surprisingly successful as a stand alone flower for use in small arrangements. I like to use them in posies as some of them have a lovely light scent, which is not generally known. As my Grandmother used to say, all the best things come in small sizes – well she actually said small boxes but the meaning is the same!” Ann Briggs 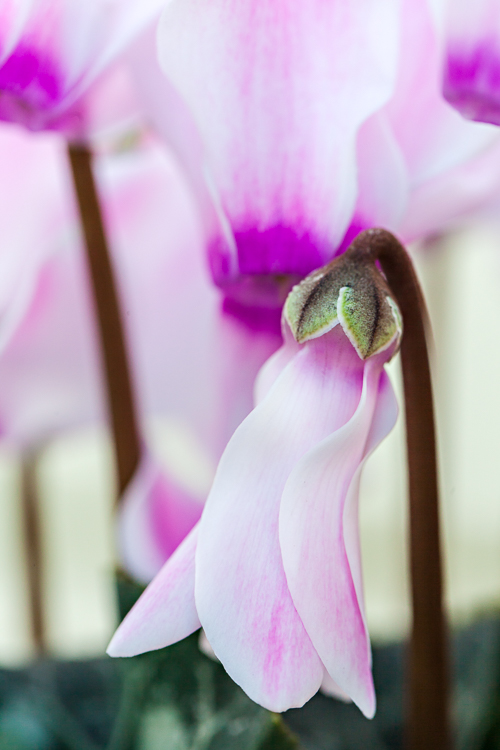 They don’t bare much resemblance, but the cyclamen is actually part of the primrose family. They have swept back petals with a beautiful twist. The heart-shaped leaves are also very attractive, with some being said to have markings shaped like Christmas trees! 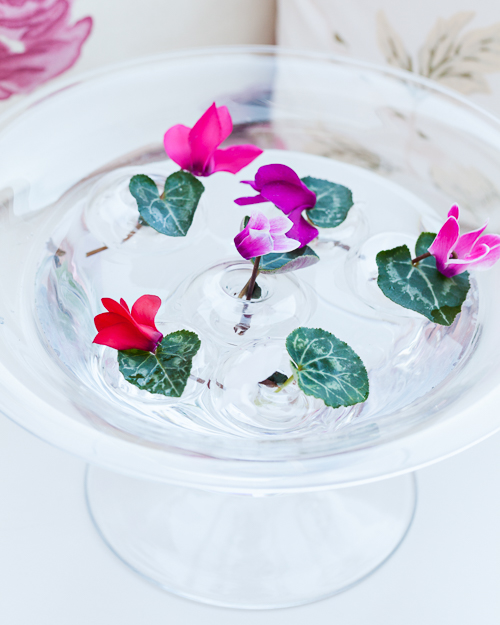 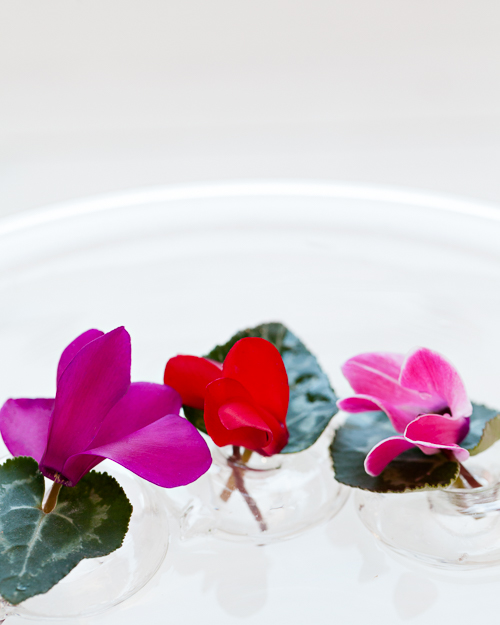 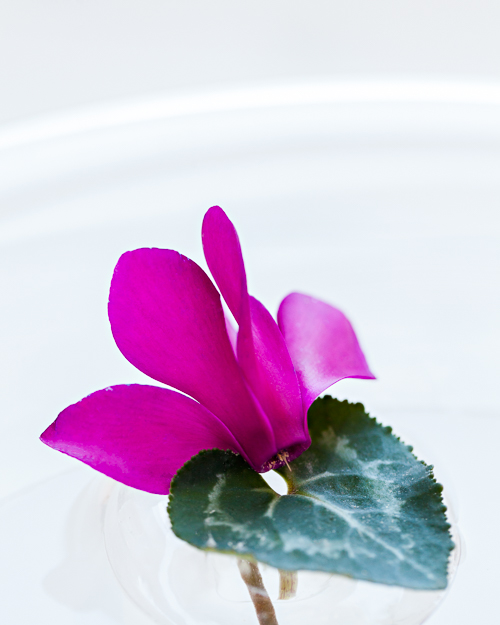 Their name is said to come from the Greek ‘kyklaminos’ meaning circle. This could be because the seed stems spiral down to the ground or because of the round tubers they grow from. 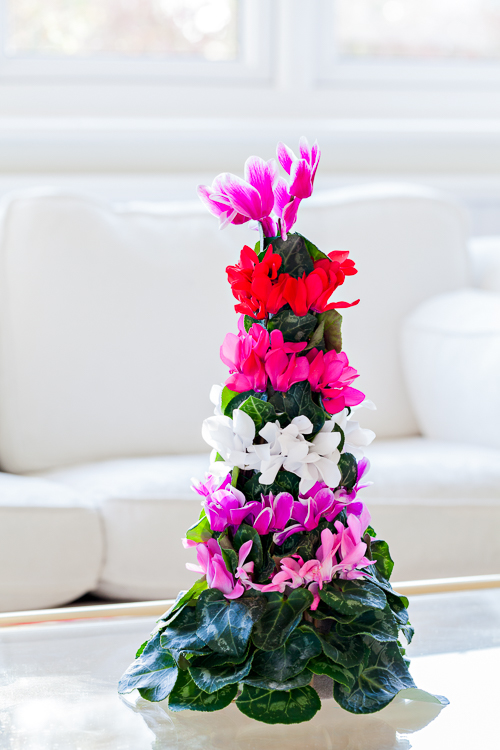 They’re also known as sowbread here or pain porcino in Italy. This is because the tubers were fodder for pigs. The tubers contain cyclamin, which is harmless to pigs but not so to humans, cats and fish. It would give us a nasty stomach ache if ingested and in large quantities can cause paralysis. 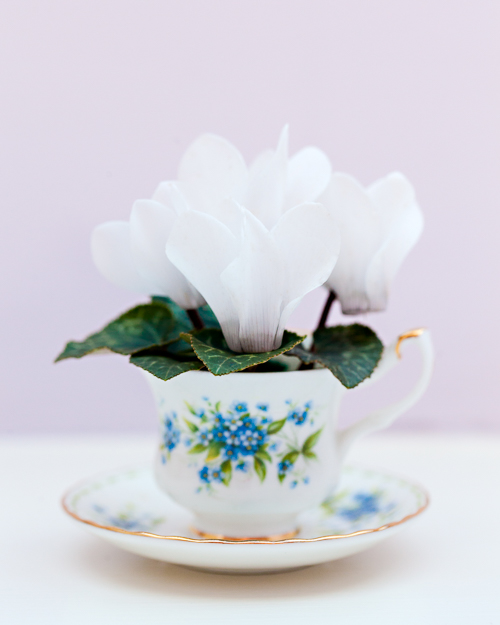 A homeopathic tincture made from the roots was used externally in the old days to purge the bowels. Apparently they were also used to clear the sinuses, treat vertigo and dizziness as well as heal snake bites! 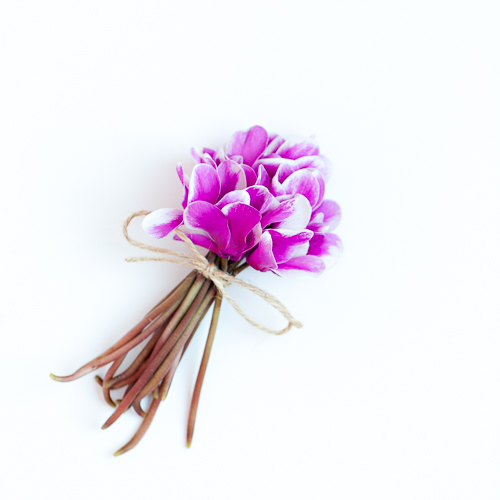 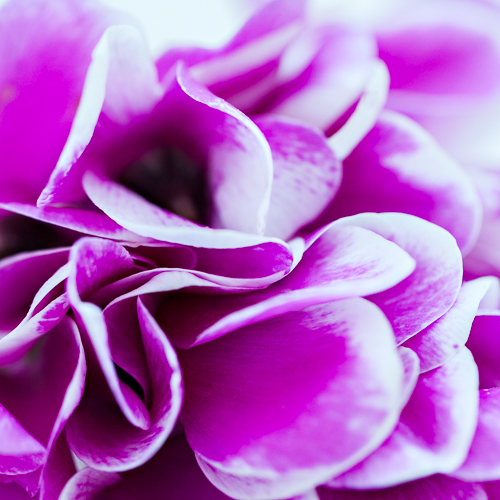 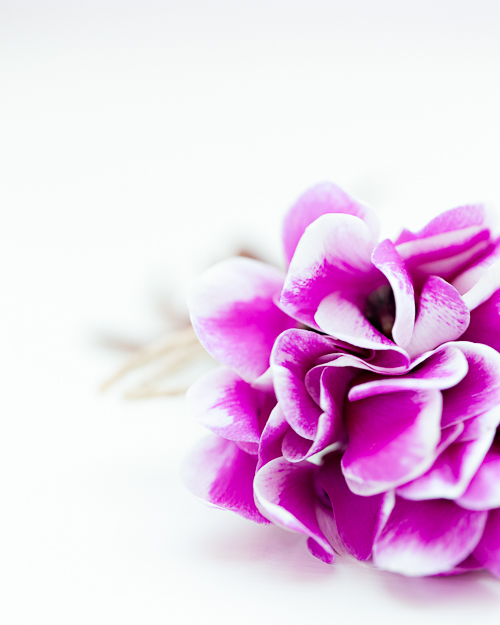 The symbolism of the cyclamen is meant to stand for resignation and goodbye. So a great plant to buy as a leaving gift for someone! It was believed that a cyclamen worn by a woman in labour would ease childbirth and speed up delivery…so maybe another useful gift opportunity! 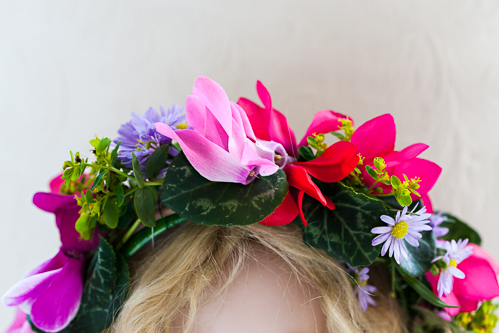 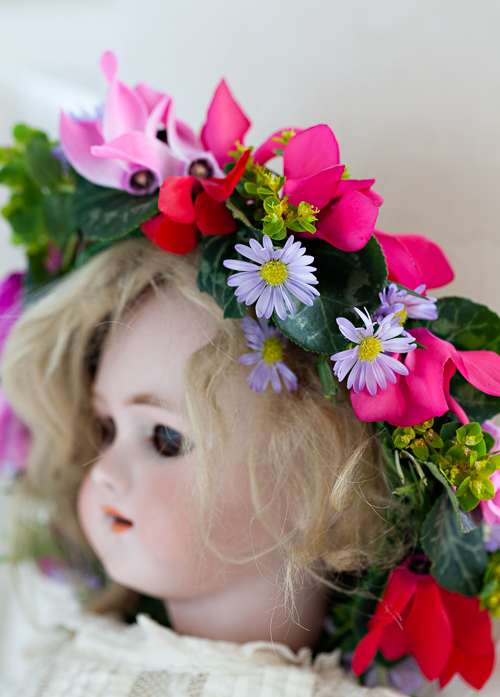 Other beliefs around the cyclamen include its protection against nightmares when put beside the bed, it would make the receiver of a love spell fall madly passionately in love and could be said to raise self esteem and confidence…so, all in all, not a bad plant to have around the house.

A very warm welcome! My name is Rona Wheeldon and I’ve made it my mission to inspire and support the floristry industry. I’m passionate about this incredible sector and everyone involved, rooting for florists, flower growers and flower wholesalers.
END_OF_DOCUMENT_TOKEN_TO_BE_REPLACED