Last Friday at the Guildford Cathedral Flower Gala, there was a special evening for MyWaitrose customers.

Both Shane Connolly and Paula Pryke did floristry demonstrations at the event.

Shane said that he wanted to create flower arrangements that we could all make at home and which would also be large enough so that everyone could see them on the stage at the cathedral.

Inspired by Spanish still life paintings which he saw at an art gallery a few years ago, he created the design below using oranges and stephanotis. 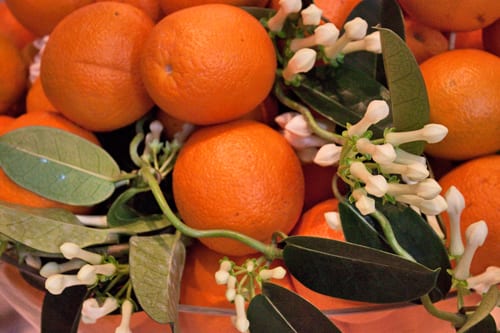 He started the arrangement with a large glass bowl of oranges, into which he’d placed some cling film.

Then he wound the scented stephanotis through the fruit.  He said that the idea was to place each blossom so that it turned around the way that it looked its prettiest.

He said that the design would also look lovely if you used lemons instead, especially organic unwaxed ones.

Here you can see how he assembled the arrangement… 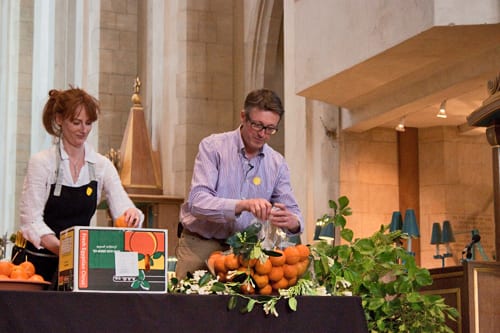 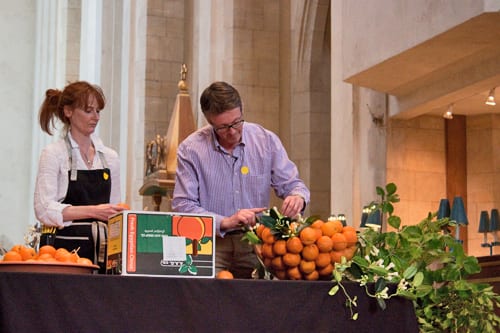 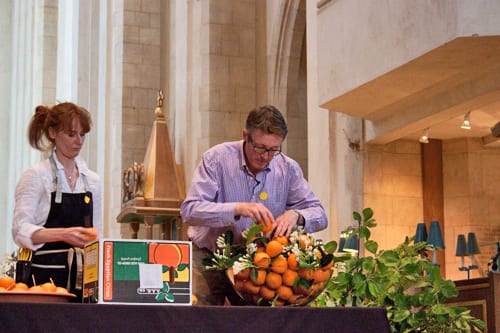 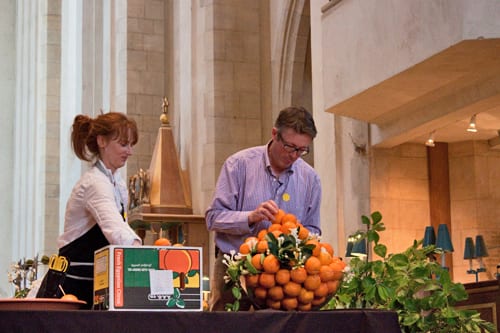 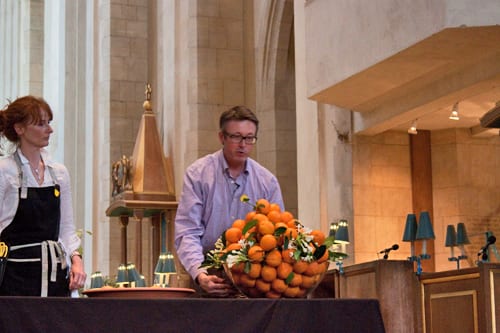 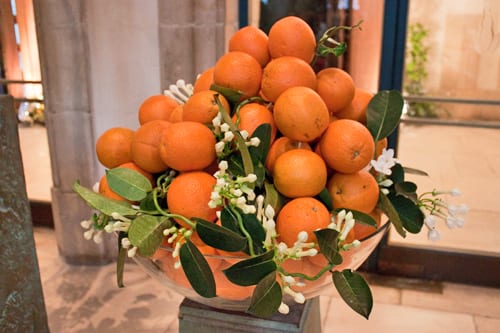 A simple to make, perfect design for a kitchen table or island.  And it would last a couple of weeks.  Simply water the stephanotis through the oranges…

A very warm welcome! My name is Rona Wheeldon and I’ve made it my mission to inspire and support the floristry industry. I’m passionate about this incredible sector and everyone involved, rooting for florists, flower growers and flower wholesalers.
END_OF_DOCUMENT_TOKEN_TO_BE_REPLACED