International Day of the Orchid…& an orchid named after Karren Brady 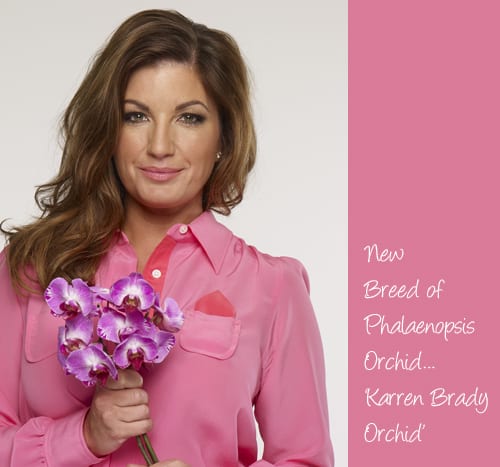 Earlier this week, I had the pleasure of interviewing Karren Brady.

Karren is working to raise awareness of the pot orchid in the UK and has today revealed a new breed named the ‘Karren Brady Orchid’ to mark the International ‘Day of the Orchid’.

An initiative of Art of Life, a collection of forty Dutch growers of pot orchids, the International ‘Day of the Orchid’ aims to celebrate the strength and elegance of women.  Karren Brady, who epitomises these qualities, was therefore a natural choice to lead the celebrations.

Karren was given a choice of several new breeds of orchid which the growers had been working on cultivating, and she chose this particular one as she liked the visual impact of the different colours of the variety.

It really is stunning…! 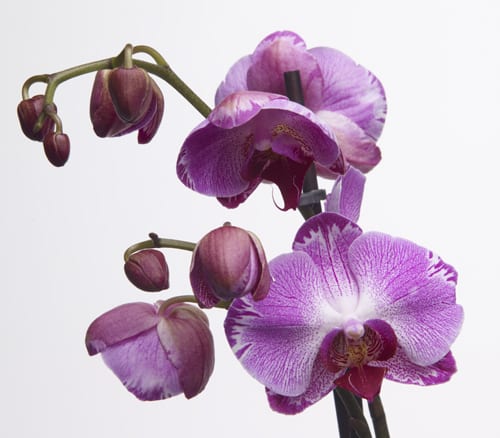 Some Flowerona readers may recognise Karren from the TV programme, The Apprentice and she is the Vice Chairman of West Ham United Football Club.

When I spoke to Karren on Tuesday, she said: ‘I love orchids and our house is full of them.  I find them very striking and stylish.  So, when I was approached to have one named after me, I was absolutely delighted.’

I asked what her personal tips were for looking after her orchid plants.  She said: ‘Don’t pour water down the leaves. Water them once a month, but don’t stand them in water and always make sure you remove any faded blooms.’ 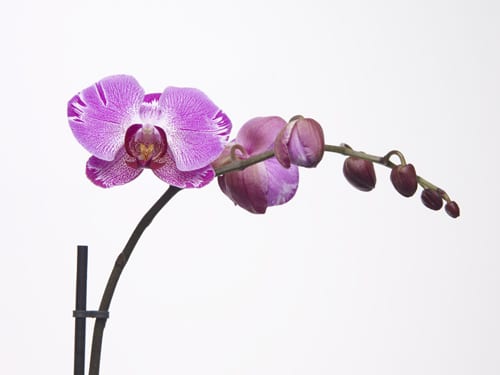 Karren’s career has been predominantly in the corporate world, but I as feature lots of small businesses on Flowerona I asked her what her advice would be for florists in the current climate.

She said: ‘The hardest thing for all retailers at the moment is to get people physically into their shops.

As people are becoming more interested in making the most of their homes, I would suggest that florists offer their customers basic floristry lessons for free.

They could show them how, for very little money, they can change the whole feeling in a room…whether that be through a flower arrangement or an orchid plant.’

With regards to general advice for women in business, Karren said: ‘The whole point of life is to experience things and to learn from your experiences. A career lasts a lifetime, so it’s ok to take a day off or have a week’s holiday.’

I asked her what her motivation was when she first started her career at Saatchi & Saatchi at the age of eighteen.

So, my main motivation was that I wanted independence and independence of choice. I wanted to be able to decide when I had a shower! And I realised that I needed money to do that.’

Plans for the future…

Karren’s currently Vice President of West Ham United Football Club. She said that the club are hoping to move to the Olympic Stadium post the Games in 2014 and she’s involved in the process. 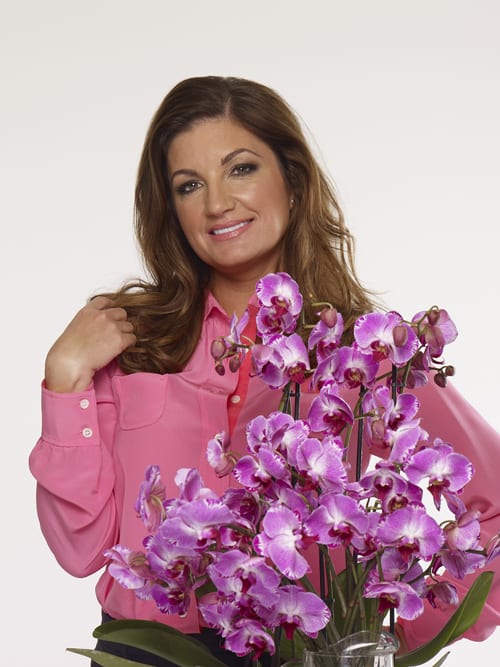 Inspiring the next generation of business women…

She said: ‘It’s about the relentless energy and determination you need to build a career. It’s both a handbook and an autobiography. And I hope it encourages and inspires other women to have a go.’

I asked Karren what prompted her to write the book (which she’s repeatedly saying that men aren’t allowed to read!)?

She said: ‘I was at Downing Street attending the annual reception for International Women’s Day and it struck me that I was surrounded by the same old faces, yet again.  Where was the new generation of women leaders?

I thought that by writing a book about my own experiences I could inspire women to think about developing their careers.’

I do watch The Apprentice and I appreciate that lots of editing occurs and things are ‘done for television’…but my personal impression of Karren changed completely after our ten minute conversation this week.

On the phone, she comes across as a much warmer, approachable and friendly lady than I feel the media have portrayed her to be.

I came away feeling hugely motivated and inspired by our conversation…so much so, that I’ve since ordered her book online. 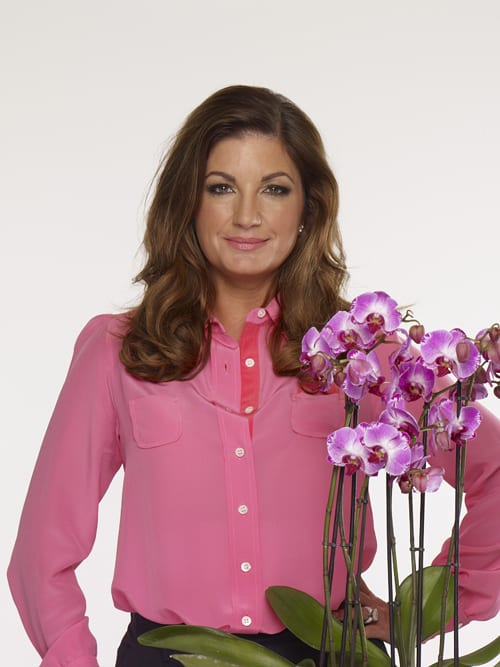 I hope you’ve enjoyed reading today’s blog post, learning about Karren’s beautiful new orchid and reading my interview with her.

For more information about the many different varieties of orchid available and how to care for them, please visit Art of Life’s website.

Happy International Day of the Orchid!

A very warm welcome! My name is Rona Wheeldon and I’ve made it my mission to inspire and support the floristry industry. I’m passionate about this incredible sector and everyone involved, rooting for florists, flower growers and flower wholesalers.
END_OF_DOCUMENT_TOKEN_TO_BE_REPLACED