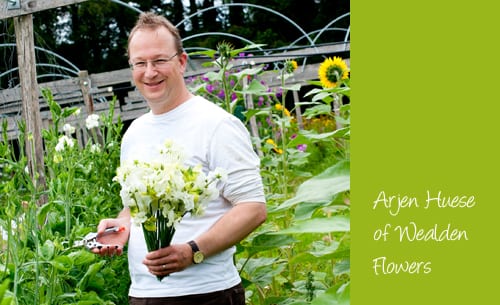 Today, I’m delighted to feature another member of the nationwide network of British cut flower growers, Flowers from the Farm.

And it’s the turn of Arjen Huese of Wealden Flowers…

When did you start Wealden Flowers and where are you based?

I’ve been growing vegetables since 1997.  I had a job first in Sweden, then had my own market garden in Germany. And then I moved back to Holland (where I’m from).

Since 2007, I’ve been growing flowers instead of vegetables, as I became more interested in beautiful things.  I met my future wife around that time, etc, etc…

After ten years of vegetables, I got a bit bored with them, and flowers are amazing for the wide range of crops, how they grow (annual, perennial and shrubs) and from many more different plant families than vegetables (all annuals). 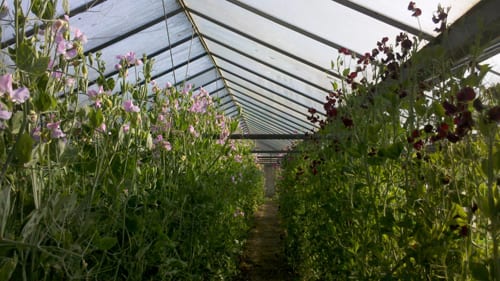 What types of flowers do you grow on your farm?

A wide range, both outdoors as well as in greenhouses, annuals as well as perennials and shrubs.

Plus we grow the following foliage… bupleurum, eucalyptus, physocarpus and stachys. 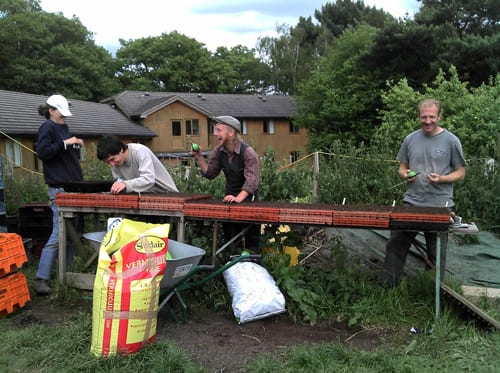 Where do you sell your flowers?

I sell directly to florists and sometimes wholesalers. We do a delivery round in Brighton twice a week and sell nearly all our flowers to the Brighton florists. 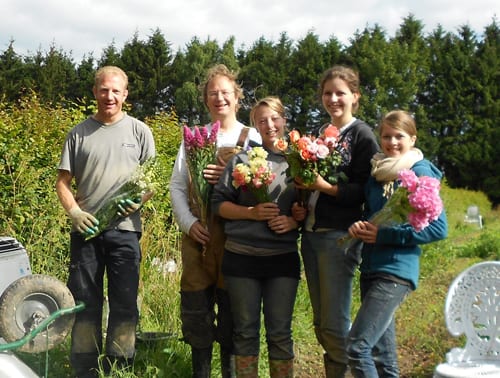 Could you tell us about the flower growing courses which you run?

There is such an interest from flower shops in British flowers, and there isn’t nearly enough supply.

So, there is a huge niche in the market which is just screaming to be filled by small scale growers selling to their local flower shops.

When I found out, I realised that there would probably be many more keen gardeners and small scale growers who would like to grow cut flowers.

Unfortunately there aren’t many relevant books or courses, so I’ve made lots of mistakes over the last five years.

Fortunately, I’m good at record keeping and I learned a lot from my mistakes…about what works and what doesn’t work.

All this information I share with new prospective flower growers during a series of four courses:

The courses are very popular and many people who have done them are now running their own small scale cut flower growing business, earning at least part of their income from growing flowers. 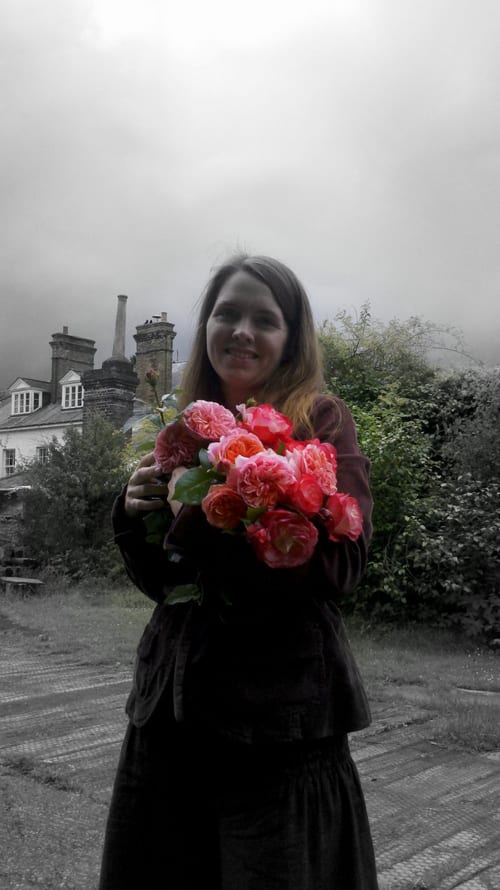 The growing season has been very challenging because of the incredibly wet spring/early summer.

A lot of annual crops haven’t gone in the ground because the land was too wet to be cultivated.

So, we’re not picking as much as we should at the moment, and this growing season will end sooner than usual.

The plans for the rest of 2012 are to have some good conversations with two big florists and two wholesalers in Brighton to see if I can come to an agreement with them about larger quantities of certain crops.

I’ll be offering bulk discounts if they buy larger quantities of, for example, statice or sunflowers.

After that, it’s time for the yearly planning and ordering seeds. Some crops will be sown in autumn but we start most things in January/February. 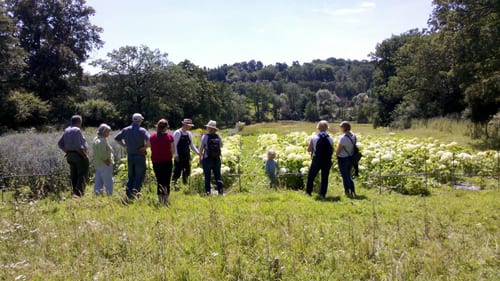 But personally I love the look of scabious…a bit scraggy, unpretentious and unruly but so pretty.

We grow both the annual and the perennial versions…beautiful colours. 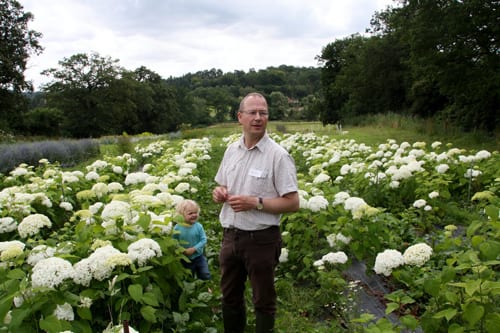 Many thanks to Arjen for all his help in compiling today’s blog post.

A very warm welcome! My name is Rona Wheeldon and I’ve made it my mission to inspire and support the floristry industry. I’m passionate about this incredible sector and everyone involved, rooting for florists, flower growers and flower wholesalers.
END_OF_DOCUMENT_TOKEN_TO_BE_REPLACED

It's Tuesday, which means it's Podcast Day! And to

So very happy to see Alliums blooming in our garde