RHS Careers Day Conference focusing on ‘Horticulture : A Career to be Proud of’ : Part 2 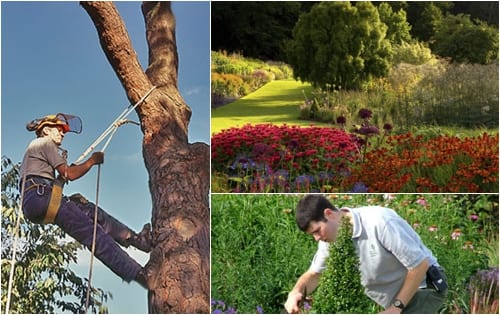 I hope you enjoyed reading Part 1 earlier today about the RHS Careers Day Conference focusing on ‘Horticulture : A Career to be Proud of’.

Prior to attending I wondered if we all really understand what the term horticulture means or know what types of jobs are available within the industry.

There appear to be lots of definitions:

Jobs within the horticulture industry

There is an amazing diversity of job opportunities within the world of horticulture.

Why is there a perception that horticulture is an unskilled career?

The RHS recently conducted a survey which showed that almost 70% of 18 year-olds questioned believe horticulture careers should only be considered by people who have ‘failed academically’.

Awareness about the horticulture industry

In the same survey, 25% of people said that they weren’t interested in horticultural careers because they don’t know enough about them.

At the conference, it was suggested that careers advisors need to be made more aware of the breadth of career opportunities within the horticulture industry.

There was a general consensus that horticulture is promoted in primary schools, but that there is an issue in secondary schools.

However, it’s not only the young who should be targetted.  Horticulture is often taken up as a second career.

And I know many florists who have become disillusioned with their 9-5 office jobs and have re-trained to enable them to work within the floristry industry.

Benefits of working within the horticulture industry

There are lots of benefits of working in the horticulture industry:

Overall, the general consensus was that working in the industry can be extremely rewarding and satisfying. 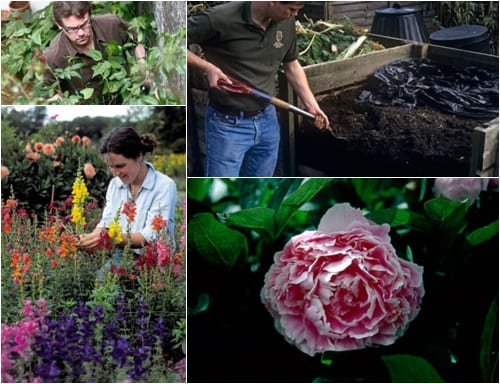 As for recommendations of how to improve the perception of the industry?

Below are a few of my own personal ideas concentrating on giving people an insight into the horticulture industry, so that they’re better informed when making their career choice.

Perhaps more people employed in the horticulture industry could visit schools and colleges?

There is a scheme called Speakers for Schools founded by BBC journalist, Robert Peston.  800 experts and industry leaders, who include Martha Lane Fox and Maurice Saatchi, give talks in state secondary schools and colleges for free.

And there’s also a free service called Inspiring the Future which allows people from all sectors and professions to work with state schools and colleges to help young people achieve their potential. Currently 100,000 ‘normal people’ are being recruited from plumbers to lawyers to share their expertise at comprehensive schools.

– An A-Team of  Horticulture Ambassadors

Chef Jamie Oliver has made huge inroads into changing our perceptions of the catering industry in the UK.  As the horticulture industry is so diverse, perhaps an A-Team of Horticulture Ambassadors could be created.

At the conference, on more than one occasion, there was a feeling from the young people present, that the industry needs to become more ‘cool’.  So how about, selecting some next generation horticulture stars to provide inspiration.

There seem to be very few gardening programmes on television at the moment. Perhaps, a series about ‘A Day in the Life of…’ showcasing people from the horticulture industry could be commissioned?

I’m sure lots of people would love to have an insight into the day-to-day running of a florist shop and watch a garden designer as they create a garden from scratch.

As I mentioned earlier, it was a huge privilege to be part of the day.

It became very apparent that we need more people to be made aware of what an amazing and potentially diverse career you can have working in the horticulture industry.

Alan Titchmarsh said: “We work in the best occupation in the world.  It’s the most rewarding and important career on offer, bar none.”

Many thanks to the RHS for arranging such a wonderfully inspirational event.  I’m really looking forward to seeing what happens next with the blueprint that they have created from the day.

A very warm welcome! My name is Rona Wheeldon and I’ve made it my mission to inspire and support the floristry industry. I’m passionate about this incredible sector and everyone involved, rooting for florists, flower growers and flower wholesalers.
END_OF_DOCUMENT_TOKEN_TO_BE_REPLACED