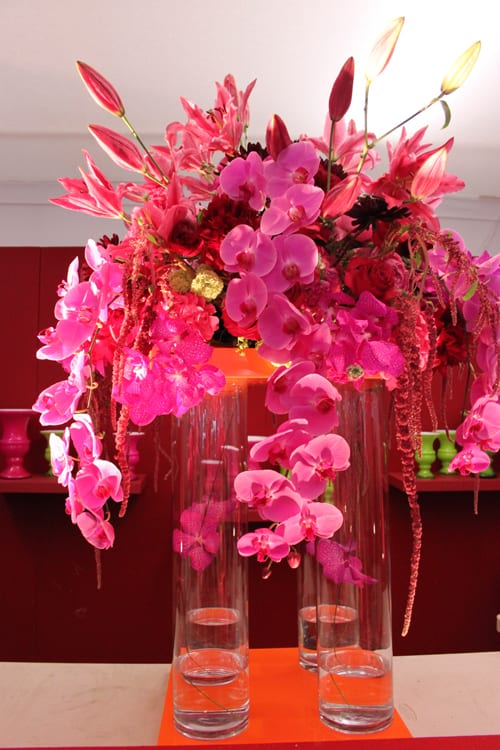 Following on from my previous posts about the RHS Chelsea Flower Show, today’s post features the first of three floristry demonstrations which I saw in the Talking Flowers Marquee last Wednesday.

You may remember Simon Lycett from one of my previous posts, well he created this amazing arrangement in the image above and I thought you may like to see how he did it…

He started off with oasis covered with chicken wire, attached to an orange perspex tray. And the first flowers Simon inserted into the foam were pink hydrangeas. 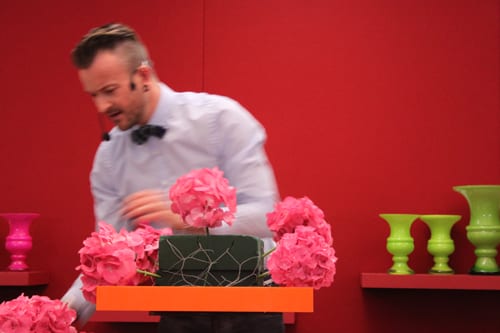 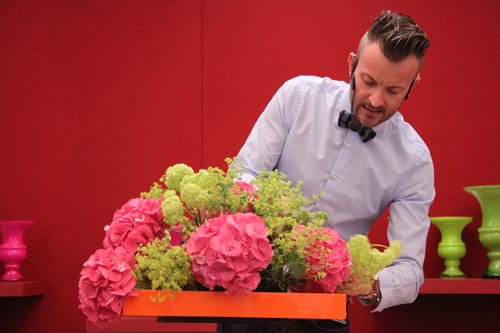 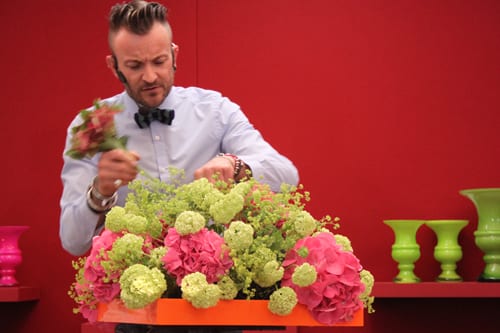 Plus pink and red peonies… 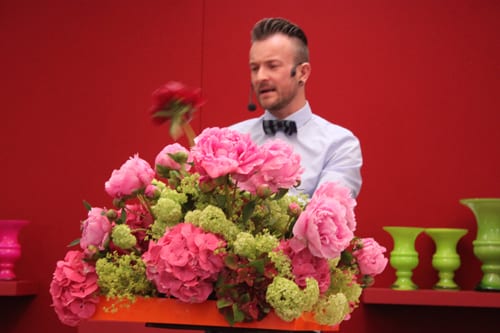 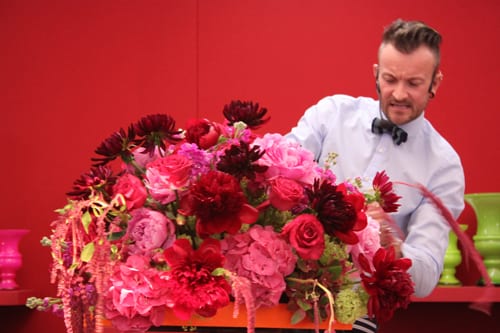 As you’ll see from the very first picture, this tray was mounted on top of four vases which themselves were sitting on another orange tray.  What an absolutely amazing arrangement for a special event!

The second arrangement which Simon demonstrated had a more restrained colour theme – simply green and black.

He started off with oasis and chicken wire secured onto a plastic bowl and inserted ‘Black Tie’ leaves, which he’d sprayed with leaf shine. 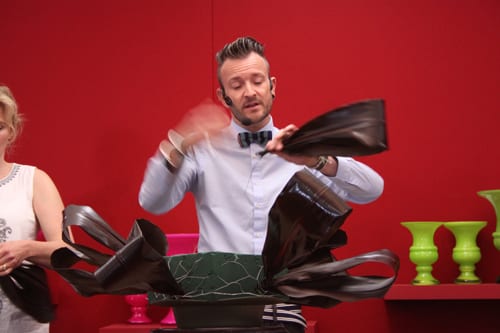 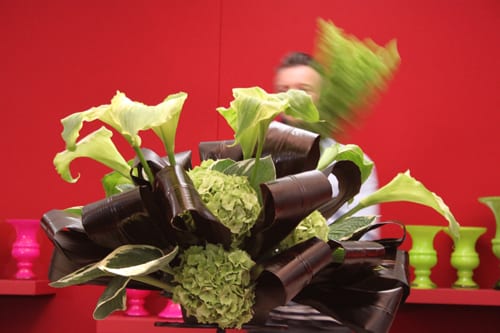 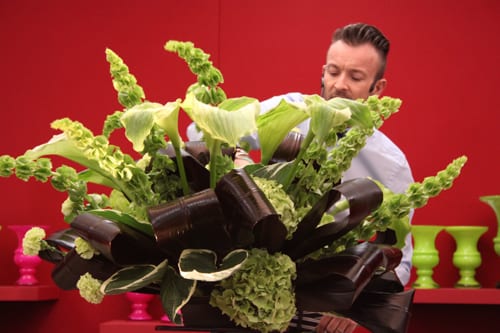 The completed arrangement was then placed into a tall black urn as shown in the image below, surrounded by beautifully decorated candlesticks. 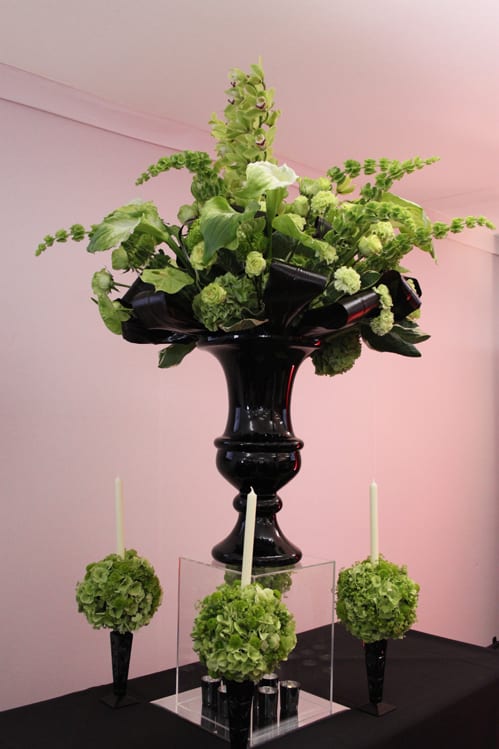 I was in awe of the stunning floral creations that Simon put together before our eyes, with such speed and also such obvious passion for his profession…a very talented florist.

I hope you’ve enjoyed seeing step-by-step images of how he created these arrangements. Tomorrow, I’ll be featuring Mathew Dickinson.

A very warm welcome! My name is Rona Wheeldon and I’ve made it my mission to inspire and support the floristry industry. I’m passionate about this incredible sector and everyone involved, rooting for florists, flower growers and flower wholesalers.
END_OF_DOCUMENT_TOKEN_TO_BE_REPLACED