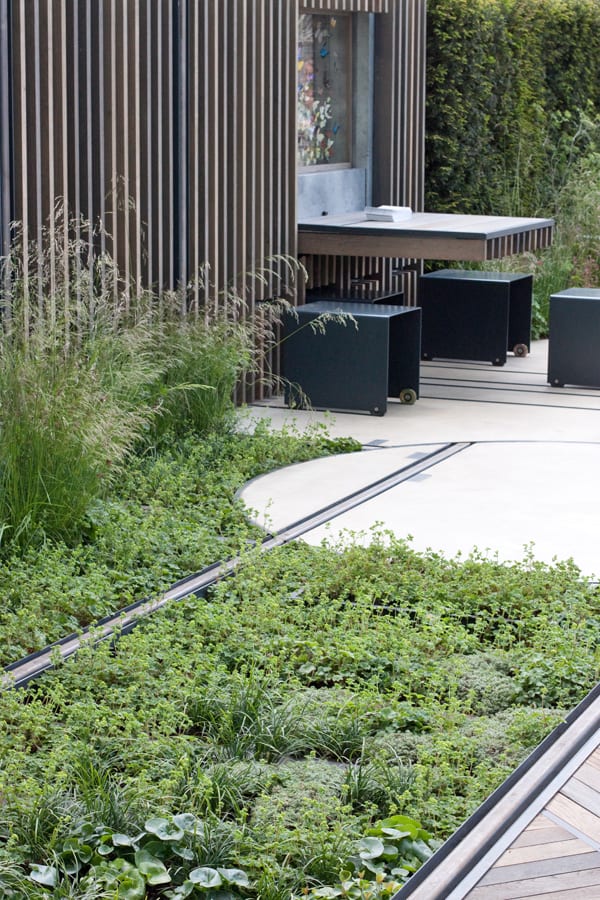 Many congratulations to Cloudy Bay in association with Vital Earth, and garden designers Harry and David Rich of Rich Landscapes for winning a Gold medal for The Cloudy Bay Garden at this year’s RHS Chelsea Flower Show!

The garden echoes the terroir of the Marlborough region in New Zealand, with deep red and fresh white flowers representing Cloudy Bay’s signature wines, Pinot Noir and Sauvignon Blanc. The two wines are also represented in the two different hard landscaping areas…the rusticness and earthyness of the oak reflecting the red wine and the clear crispness of the concrete reflecting the white.

The main focal feature of the garden is the moveable ‘Shack’, which pays homage to the Cloudy Bay building located at their New Zealand winery. The steel and oak structure moves on tracks from one side of the garden to the other, giving you the opportunity to view it from different perspectives. 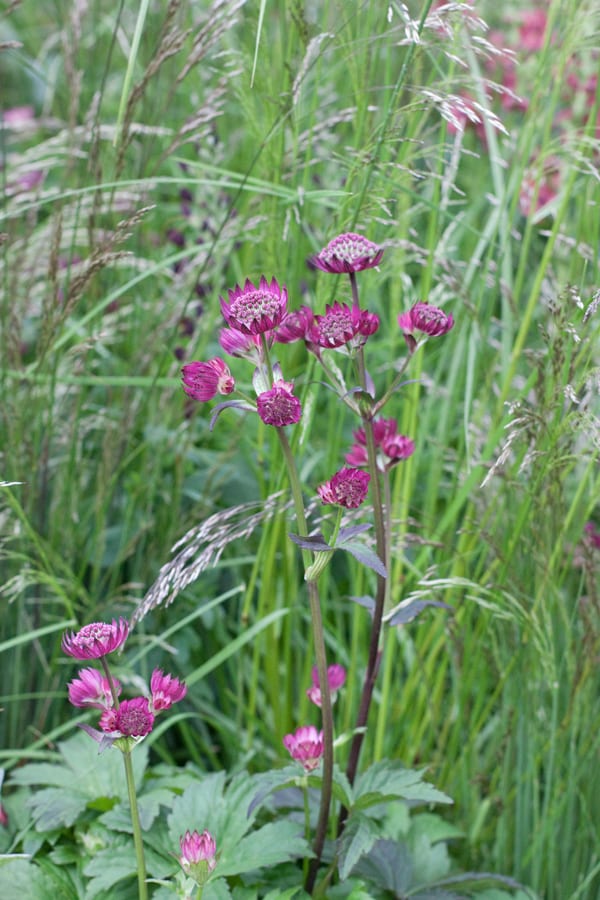 Just how wonderful is the vintage, mirrored piece adorned in butterflies? It was designed and created by artist Nick Jeffrey. 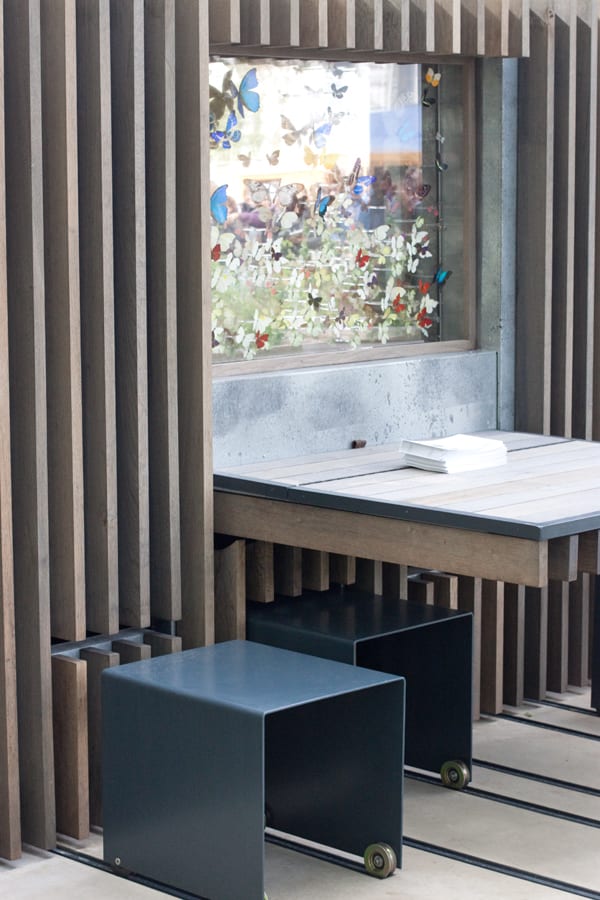 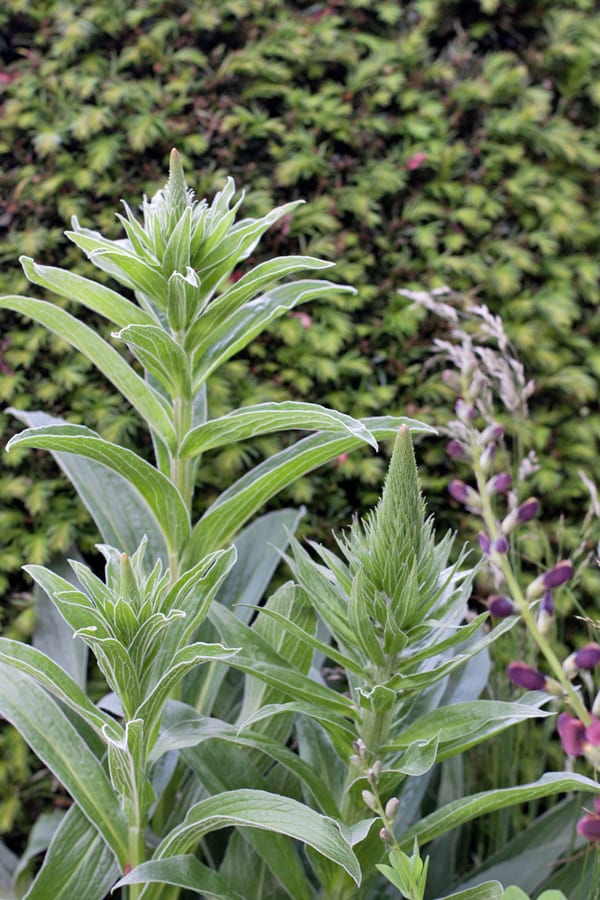 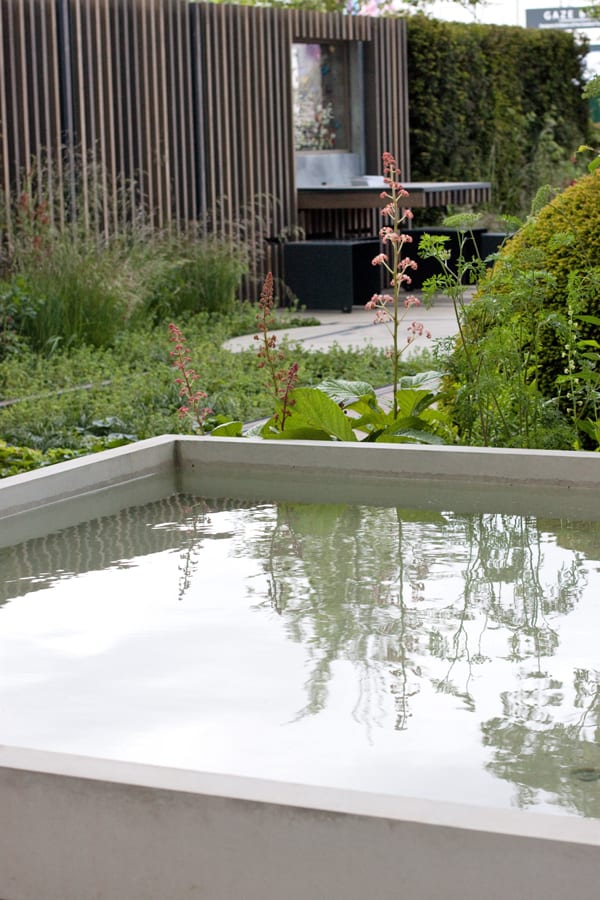 I loved the reflection of the tree in the water… 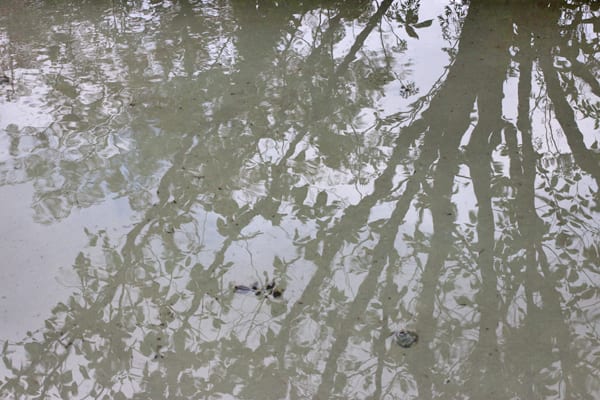 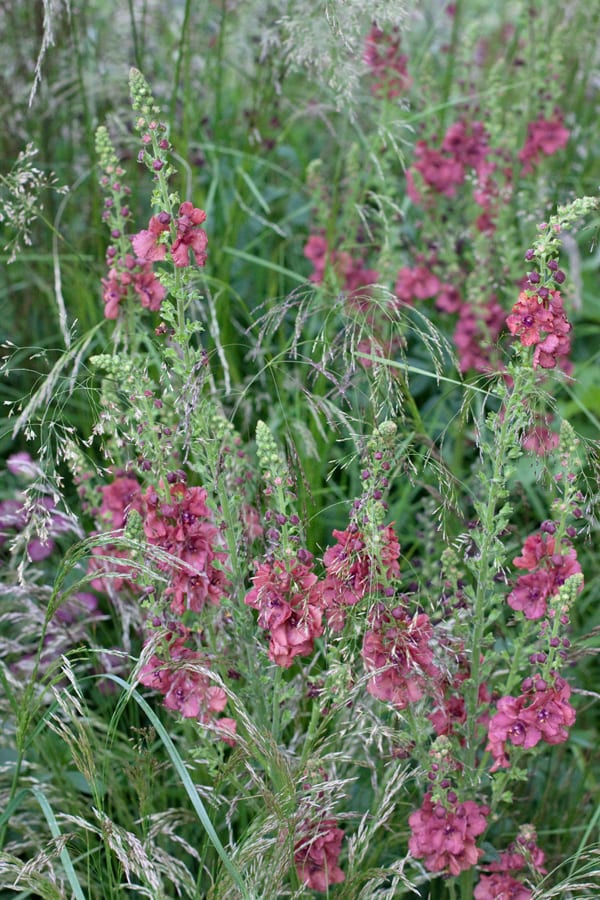 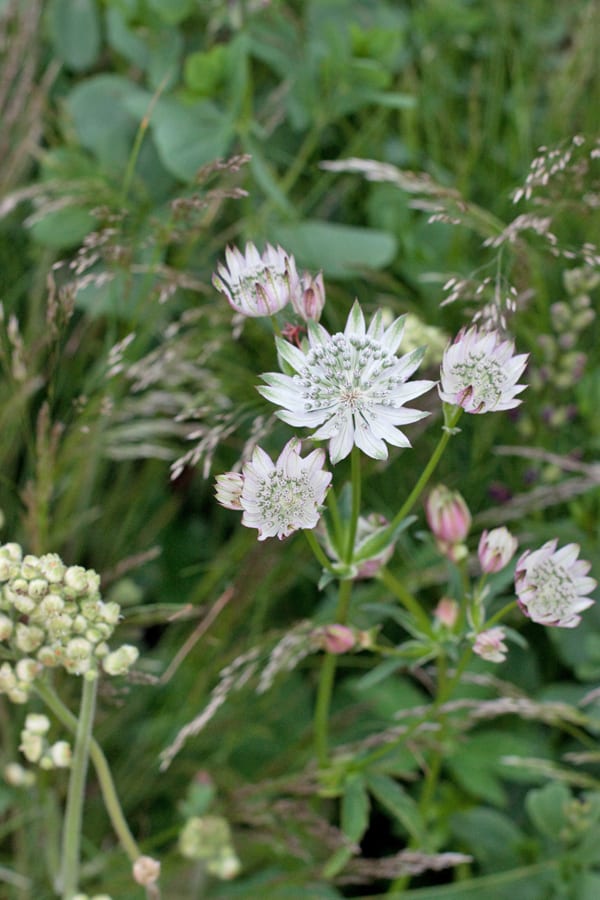 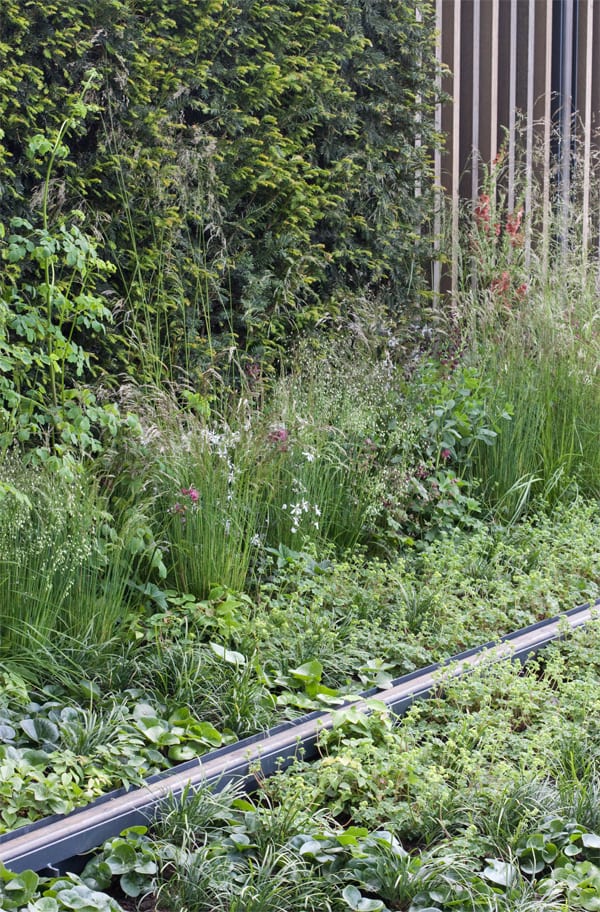 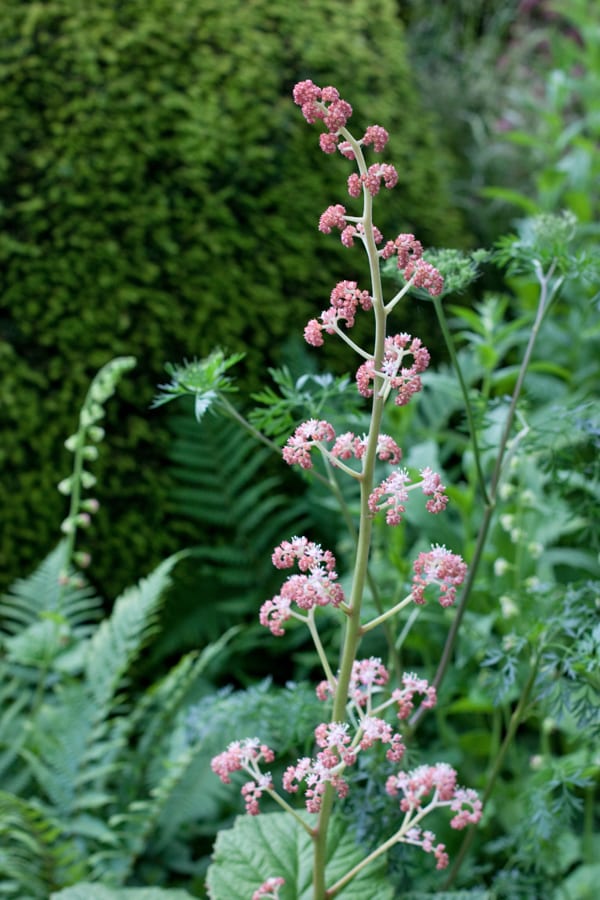 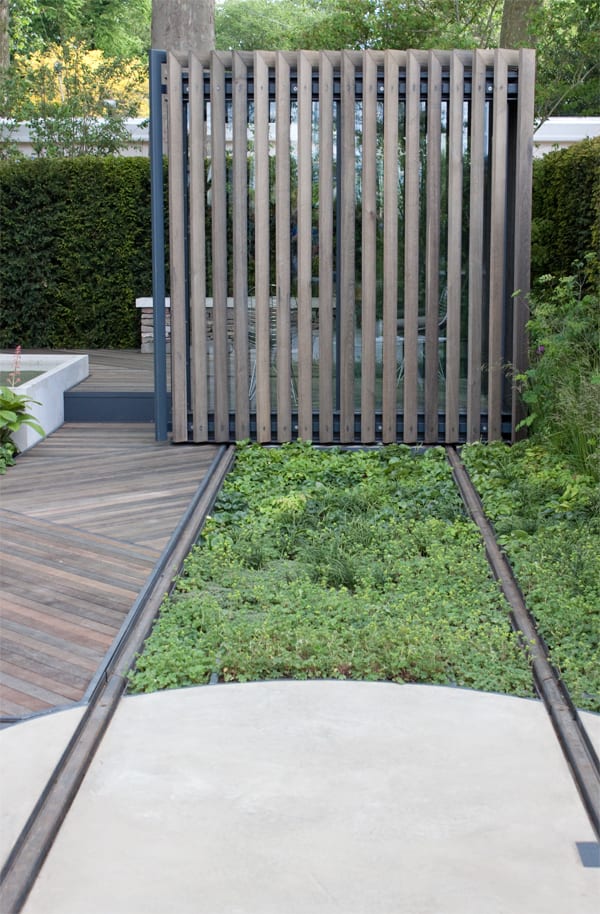 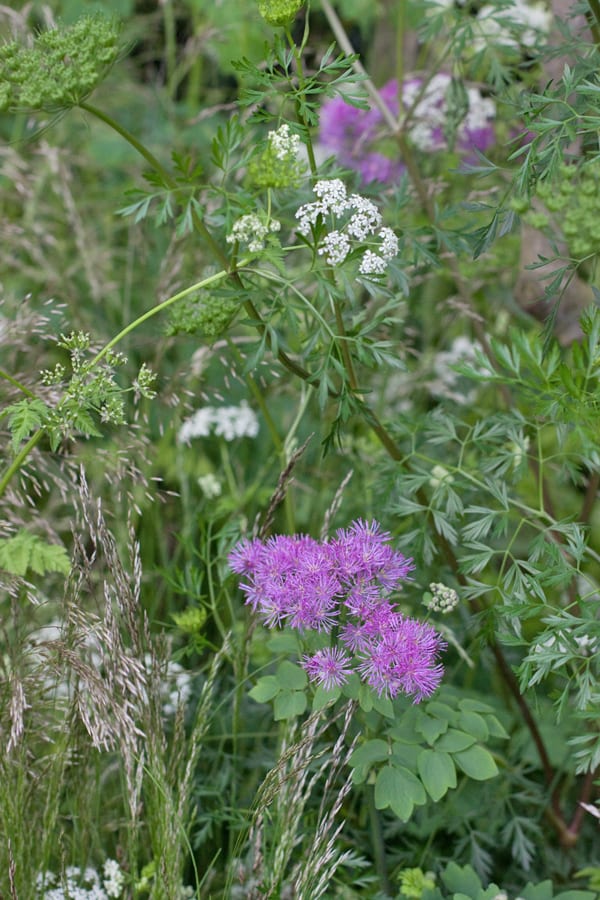 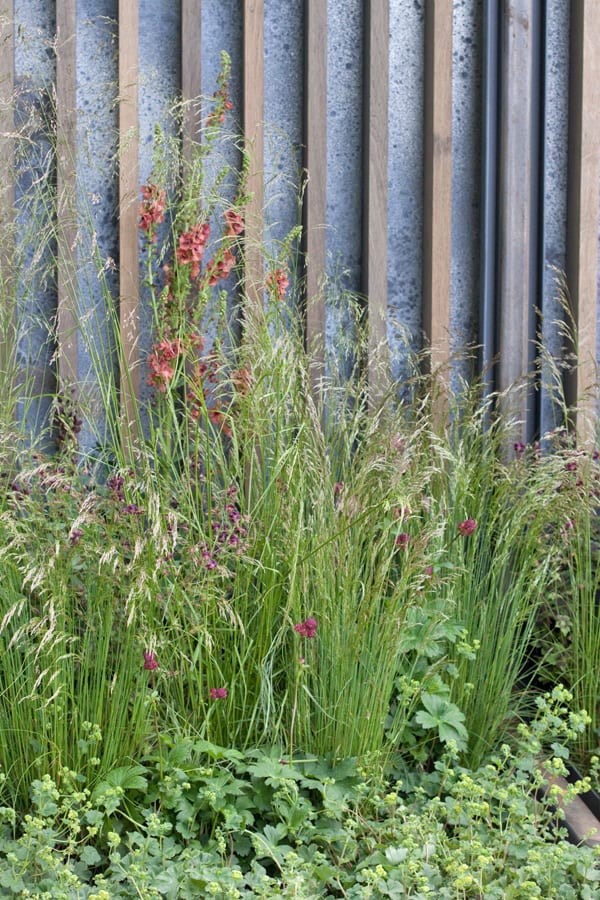 Here are the very talented gentleman responsible for designing and creating the garden, David and Harry Rich. David, pictured on the left, is the youngest person to win a gold medal at the RHS Chelsea Flower Show for a garden on Main Avenue! 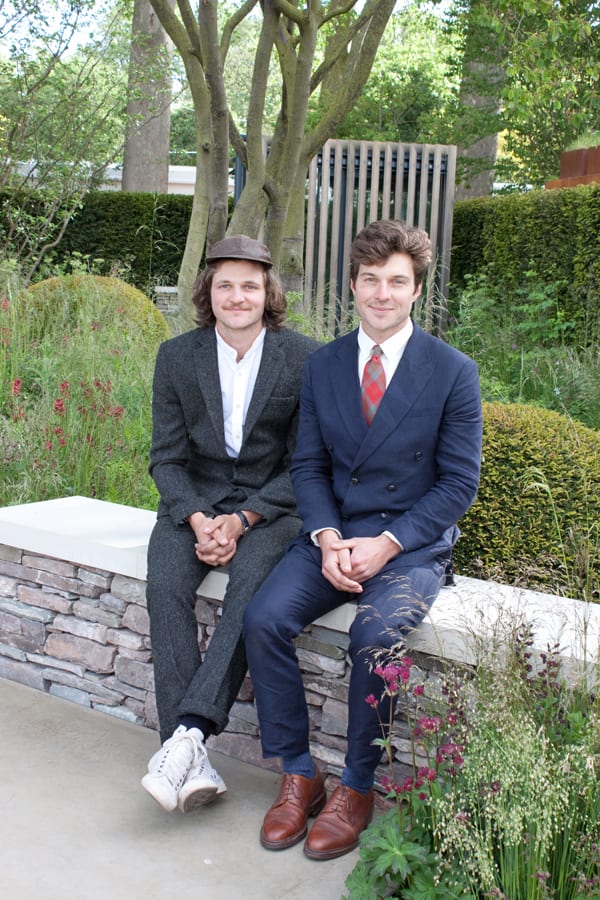 And here’s a wonderful video showing the story of The Cloudy Bay Garden’s creation.

Thank you so much to Harry and David for inviting me on to their garden. I’ve followed their story since their first RHS garden at Cardiff, then an Artisan Garden at Chelsea, followed by a small Show Garden at Chelsea. It’s really wonderful to see their journey progress…and I’m so pleased for them that they received a Gold medal! If you’d like to follow them on social media, you can find them on Instagram, Facebook and Twitter.

A very warm welcome! My name is Rona Wheeldon and I’ve made it my mission to inspire and support the floristry industry. I’m passionate about this incredible sector and everyone involved, rooting for florists, flower growers and flower wholesalers.
END_OF_DOCUMENT_TOKEN_TO_BE_REPLACED