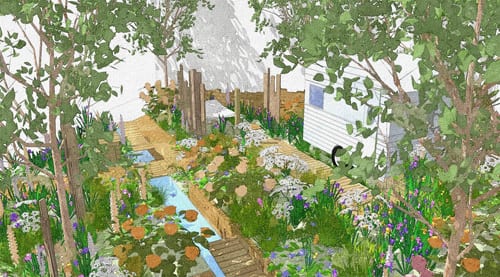 You may remember that last month, I featured a preview of the show gardens at this year’s RHS Chelsea Flower Show?

Well, I mentioned that there was one particular garden called ‘A Celebration of Caravanning’ which I was drawn to and above is an illustration of it. 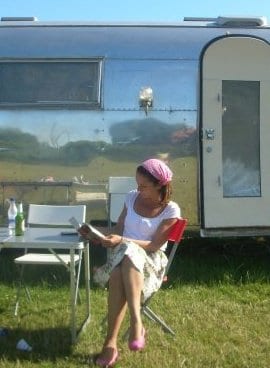 It’s being created for The Caravan Club by the very talented garden designer, Jo Thompson, who’s pictured on the left.

Jo has taken her inspiration from a caravanning holiday which she took with her children in 2010 at a Vintage Vacations site in the Isle of Wight.

And I’m absolutely delighted that I’ll be following Jo’s journey to Chelsea with monthly blog posts…starting off today with some background on her garden.

Jo said: ‘After I was approached by The Caravan Club, I was looking through some photos of our caravanning holiday, which was one of the best holidays I’ve ever had, and  I wondered whether we could put an airstream in the show garden.  But unfortunately, we realised that it would be too large.

Then, I noticed in the background of one of the photos, that there was a smaller vintage caravan.  And this is the one which is being shipped over from the Isle of Wight and will be taking pride of place in my Chelsea garden.’

I love the caravan’s name…Doris.  She’s a mid-50s Fisher aluminium caravan. And it’s the first time in memory that a caravan will feature in a Chelsea show garden. 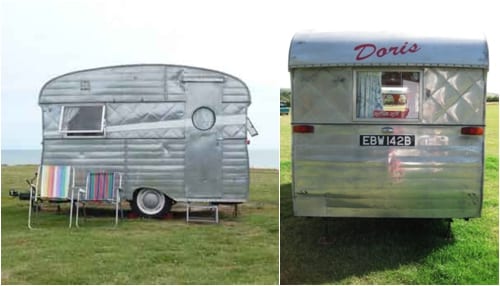 Jo very much wants her show garden to be a ‘real’ garden, rather than a conceptual space.

She said: ‘I desperately want this garden to be a place that people can identify with – a space that you might find at the bottom of your own garden.’

The aim is to evoke the very best of holidaying in a caravan or using caravans as a more permanent solution to providing extra space at home.  For example, as an office, somewhere for guests to sleep or a relaxing summer house.

To create the garden, Jo will be working with David Dodd and The Outdoor Room. Trees are being sourced from Hillier Nurseries and the plants from Roger Platts and Iris of Sissinghurst.

A timber dog kennel, bench and hammock are also being designed and created. (More about them in later blog posts!)

Jo said: ‘I’m hoping that everyone will find some detail in the garden that reminds them of things they like about holidaying in the UK, like the blowsy roses of early summer and masses of cow parsley which you might see on a walk.’ 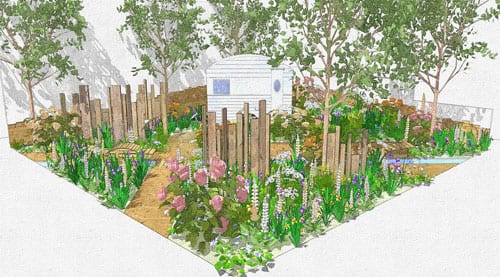 This is Jo’s third time at Chelsea. In 2010, she was awarded a gold medal and Best Urban Garden in Show for her ‘Unexpected Gardener’, a courtyard garden for the charity Thrive, which you can see below. 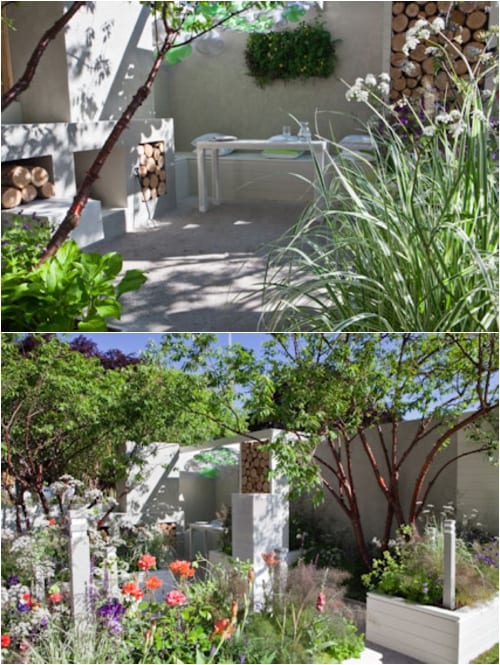 The year before her therapeutic ‘Demelza’ garden below, designed for a children’s hospice in Kent, won a silver-gilt medal. 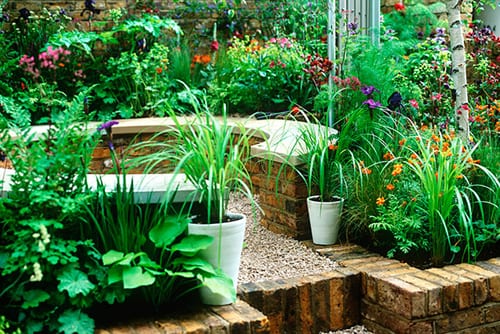 There’s a lot of work that goes into creating a Chelsea show garden and it starts way before the show actually takes place.  Last year, Jo chose the roses which are going to add colour to the garden, tagged the trees which she plans to use and selected the shrubs.

I hope you’ll join me next month in following Jo’s journey.  In the meantime, you can keep up-to-date with her news on Twitter, Facebook and her blog.

A very warm welcome! My name is Rona Wheeldon and I’ve made it my mission to inspire and support the floristry industry. I’m passionate about this incredible sector and everyone involved, rooting for florists, flower growers and flower wholesalers.
END_OF_DOCUMENT_TOKEN_TO_BE_REPLACED