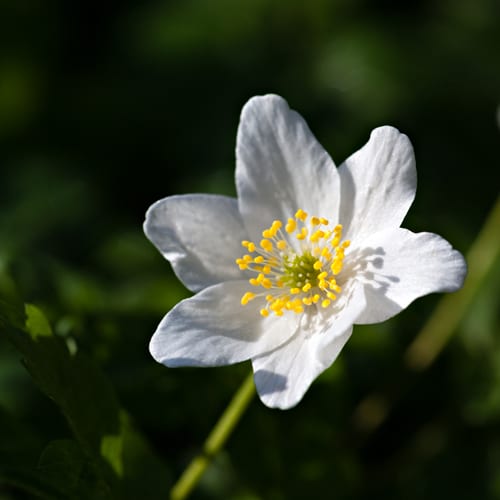 I’m delighted today to feature another wonderful guest blog post by flower photographer, Katie Spicer. This month, Katie has chosen the Wood Anemone…Wood Anemones (Anemone nemerosa) or Windflowers as they are sometimes known are abundant at this time of year.  If you’re lucky, you can see great swathes of these delicate star-like flowers decorating woodland floors.  They’re very slow to spread (around 6 feet in 100 years!), so they’re a good indicator of ancient woodlands.

They can also be used as natural barometers, as they only open in full sunshine and they close at night or at the sign of rain to protect their sepals from rain and dewdrops.  They grow at this time of year before the leaves appear on the trees because they’re such sun lovers. The name is thought to have come from the Greek words for wind or breath anemos and habitat mone because they grow in windy places and they’re open during the rough, windy days of March and April. 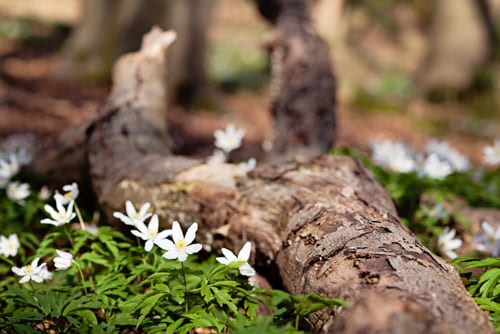 Wood Anemones like the other plants I have written about recently are also slightly poisonous, although the toxin protoanemonin (a strong irritant) is turned in to anemonin when it’s heated or dried.  This doesn’t have the same toxicity or medicinal value as the fresh plant. 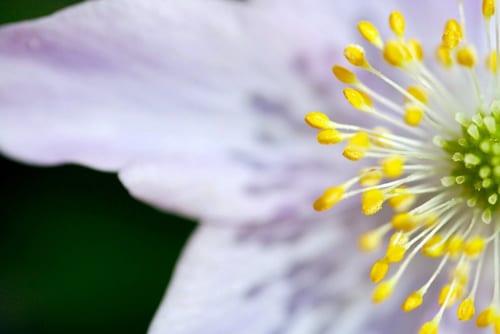 It’s described in both Gerard’s & Culpeper’s Herbals in the treatment of headaches, rheumatism & gout. Gerard’s Herbal mentions bathing the body in a decoction made from the leaves to cure leprosy.  He also described stamping on the leaves and ‘snuffing the juice up the nose’ as a headache cure! Culpeper advised chewing the roots for the same reason.  It’s no longer used medicinally these days.  And it’s not advisable to follow any of these ancient remedies due to its toxic nature. The Wood Anemone is a member of the Ranunculaceae family, which includes Buttercups, Ranunculus, Delphinium & Clematis. The majority of these species don’t have true petals. They’re actually sepals (protective covering of the bud), which have taken on the characteristics of petals. 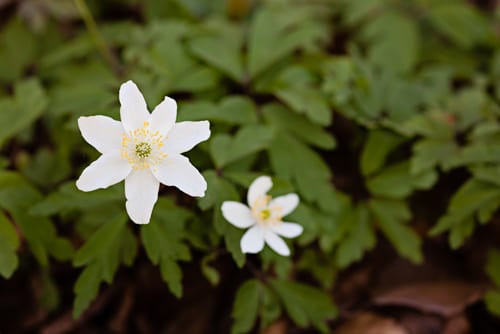 Here in England, it was once believed to possess magical properties and people were told to pick the first flower they saw and keep it as a charm against the plague.  They would wrap it in silk and carry it as an amulet or charm. 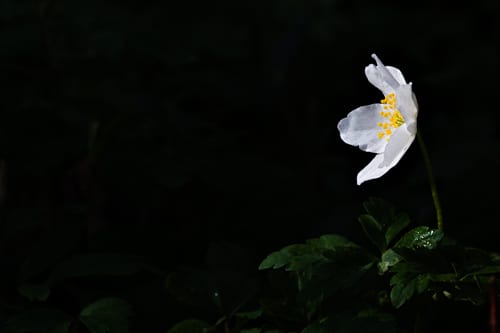 Romans also used it as a charm against fever.  Up until recent times, people would say “I gather this against all diseases” and then wear it around the neck or arm.  But in Ancient Egypt it was thought of as an emblem of sickness due to the flush of pink on the back of the sepals. 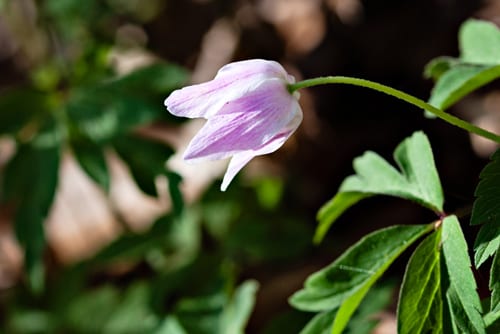 In Greek legend, it was said that Anemos, the God of the winds sent his namesakes as a gift in the early days of spring to indicate his arrival. Another Greek legend tells of when Aphrodite’s lover, Adonis was killed by a wild boar.  She is said to have turned the drops of his blood into Windflowers.  For this reason, in floriography or the Language of Flowers, wood anemones signify a dying love, brevity, expectation & abandonment. 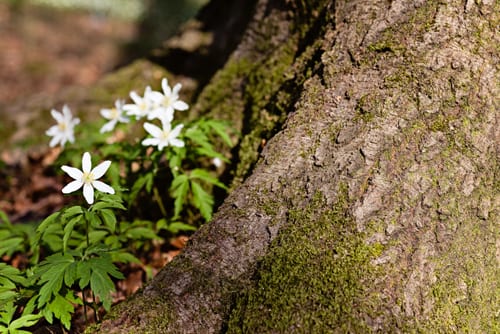 Not to be outdone by the Greeks, the Romans also had their own version of mythology about the Wood Anemone.  They believed that the nymph, Anemone, who was adored by Zephyr, Gentle Wind of the West and Father of the Spring wildflowers was turned into a flower by jealous Flora, Goddess of Flowers & the season of Spring.  Flora was awaiting a proposal from Zephyr whose eyes were momentarily turned by the beautiful Anemone.

Thank you so much to Katie for compiling today’s post. If you’d like to see more of her stunning photographs, do pop over to the Katie Spicer Photography website.

A very warm welcome! My name is Rona Wheeldon and I’ve made it my mission to inspire and support the floristry industry. I’m passionate about this incredible sector and everyone involved, rooting for florists, flower growers and flower wholesalers.
END_OF_DOCUMENT_TOKEN_TO_BE_REPLACED