The Jersey Battle of Flowers, one of the largest Floral Carnivals in Europe

As I’ve been taking some time off this week, there isn’t a Flowerona Links blog post today…but it’ll be back next week.

I would like to thank Frances Hunter from The Floral Angels and her husband Hugh who very kindly took the photos in today’s blog post.

They were in Jersey when The Battle of Flowers took place earlier this month. It’s one of the largest floral carnivals in Europe.

Feast your eyes below on the amazing floats, adorned with hundreds of flowers… 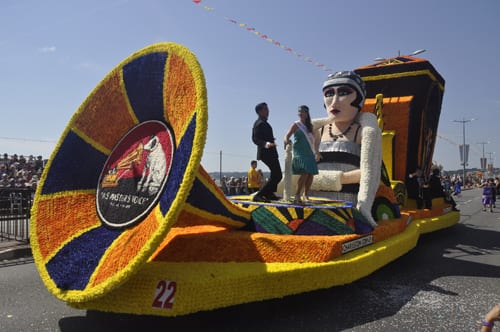 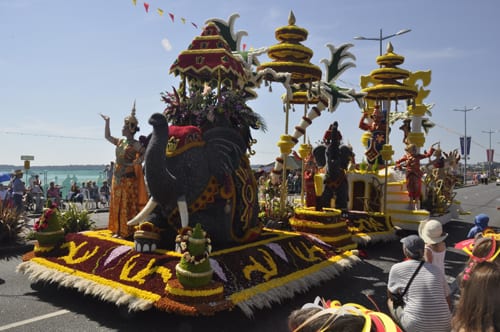 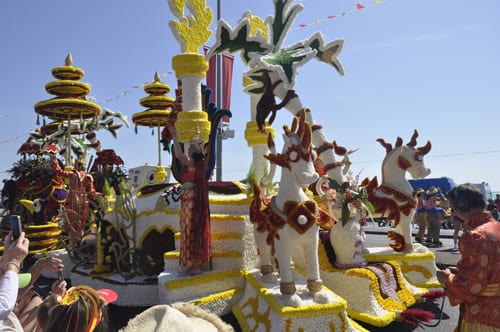 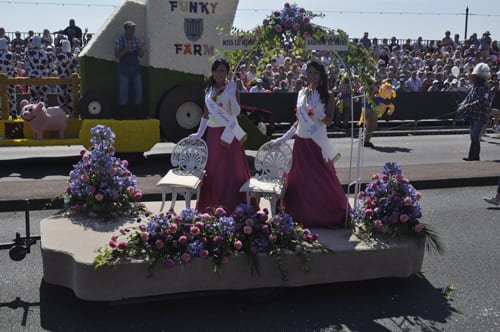 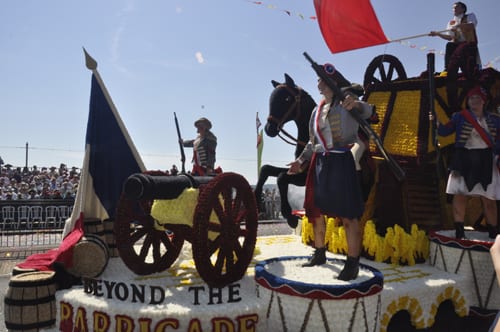 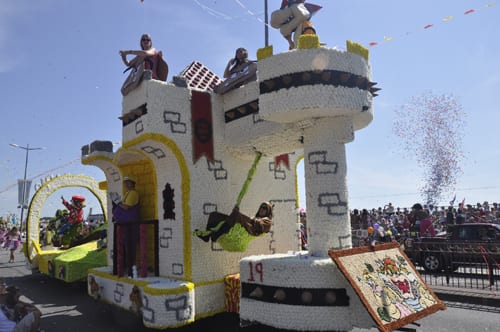 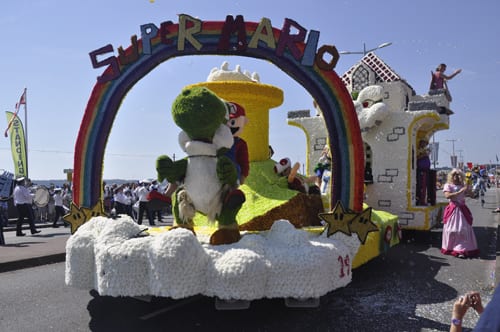 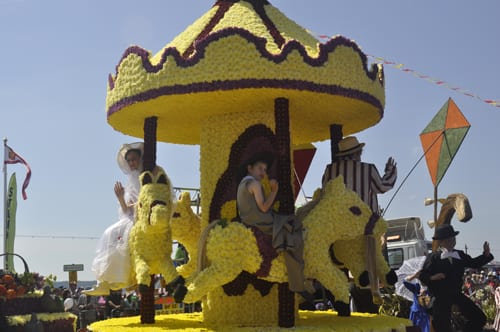 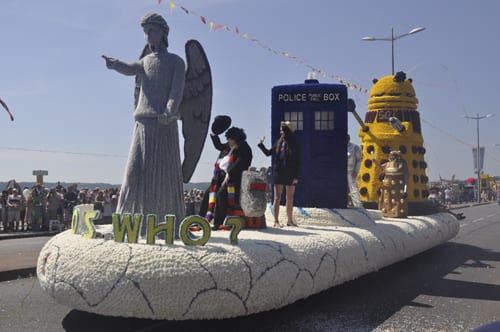 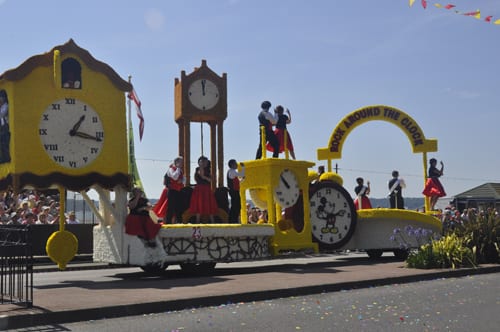 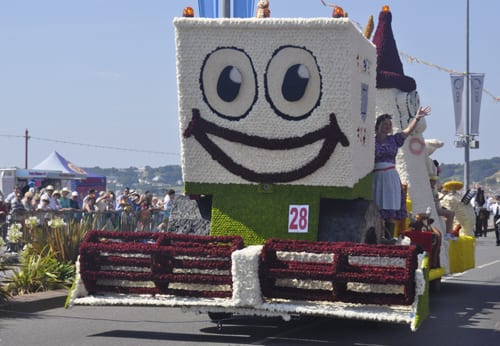 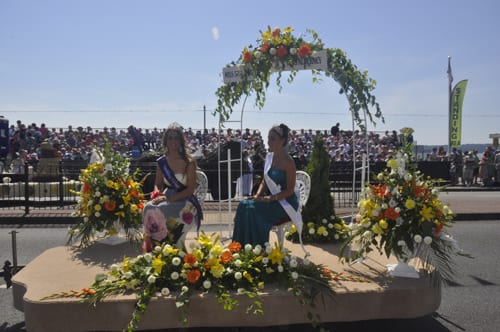 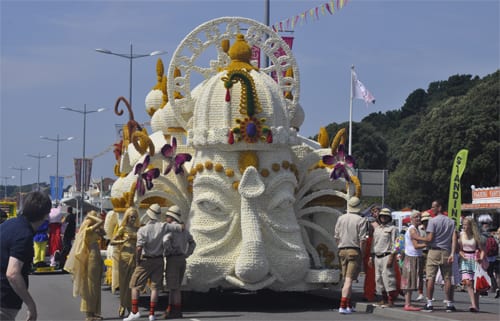 As for a little bit of background…

The Battle of Flowers first took place in 1902 in celebration of the Coronation of King Edward VII and Queen Alexandra.

The event was so successful that the organisers decided to repeat it the following year. And so began a summer tradition, which now takes place annually.

In the early days, the floral floats were mostly horse-drawn and the tradition at the time was for flowers and petals to be torn from the float and thrown to a lady in the crowd, in the hope that they would be thrown back! Hence how the ‘Battle’ got its name.

And although the ‘Battle’ aspect of the parade ceased in 1964, the name has stuck.

Each year, there is a Day Parade, followed by a Moonlight Parade which takes place on the following day.

And the reward for all their hard work is not only taking part in the parades in front of tens of thousands of spectators, but also the awards.

So, if you’re thinking of visiting Jersey next August, the Battle of Flowers will be taking place on Thursday, 14th August and Friday 15th August.

Before that though, there’s a Battle of Flowers Christmas Parade which takes place in early December.

A very warm welcome! My name is Rona Wheeldon and I’ve made it my mission to inspire and support the floristry industry. I’m passionate about this incredible sector and everyone involved, rooting for florists, flower growers and flower wholesalers.
END_OF_DOCUMENT_TOKEN_TO_BE_REPLACED