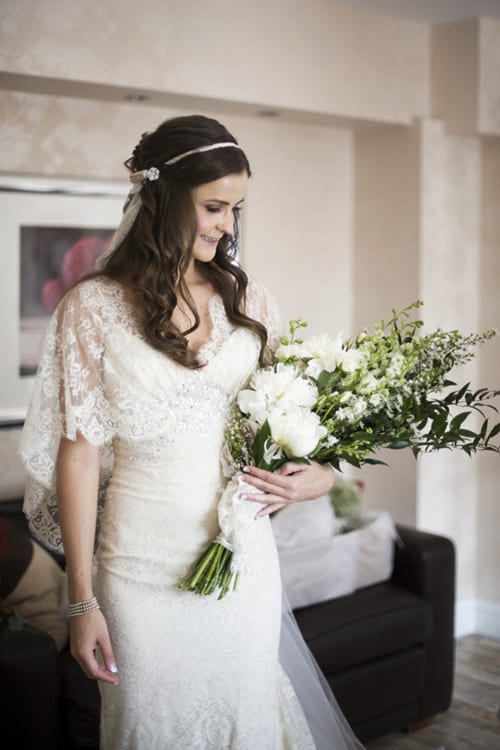 The happy couple are Nick and Gemma, and they got married in June 2010 at Longueville Manor in Jersey.

The wedding flowers, with a white and green colour palette, were created by the manor’s in-house florist, with styling by Lucy Bloomfield.

Gemma opted for an ‘over the arm’ bouquet, which included peonies and gypsophila, with the bridesmaids’ bouquets being made purely of gypsophila. 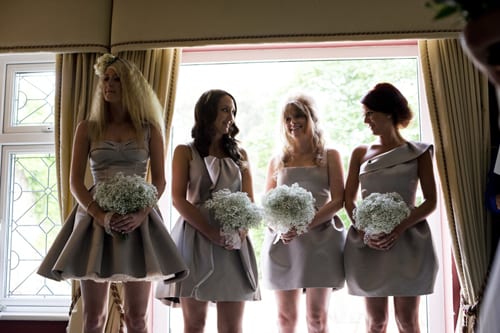 The wedding was captured by Jemma Watts of Pearl Pictures.  She said:

It was a photographer’s dream to photograph. So many lovely details and lots of flowers everywhere!

Gemma wanted so much of the day to be decorated with things natural to Jersey – lavender was thrown instead of confetti, flowers from the garden of the venue and all the vegetables eaten during the meal were grown in the walled garden of the manor too. 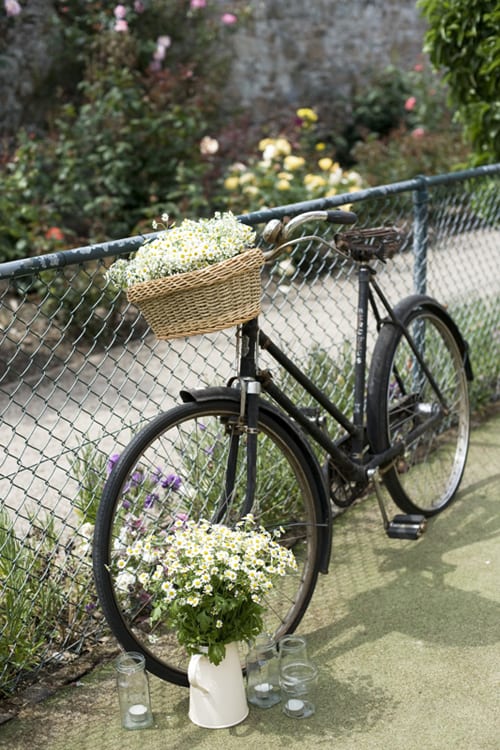 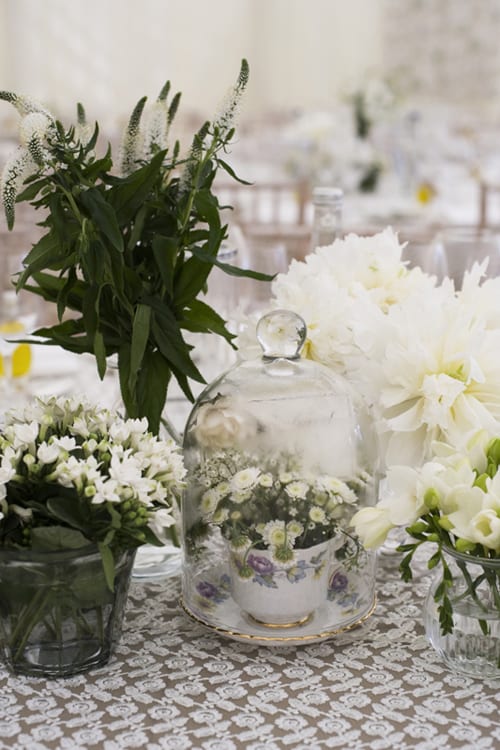 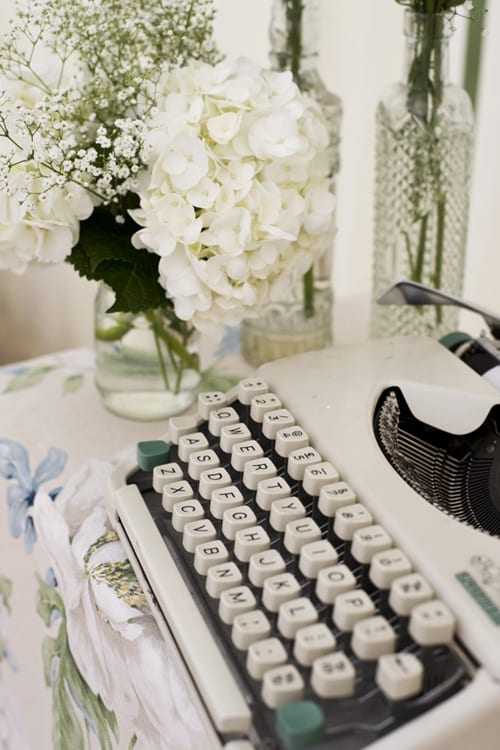 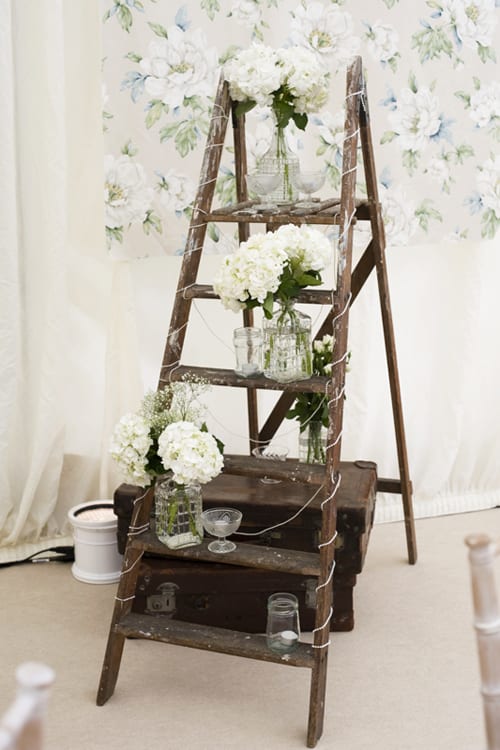 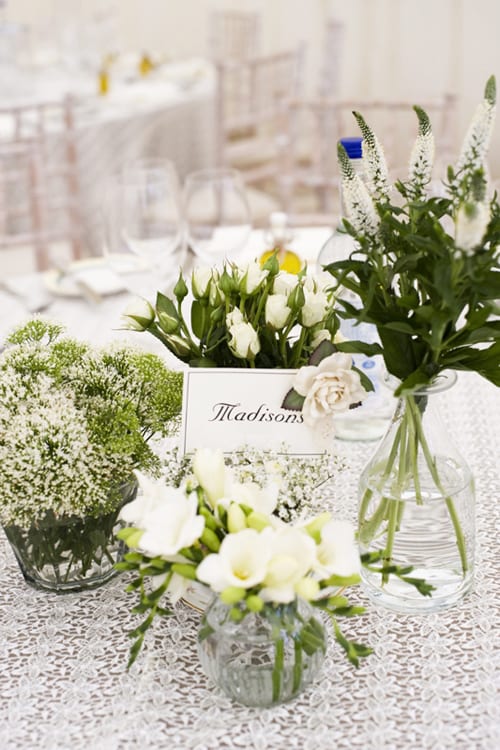 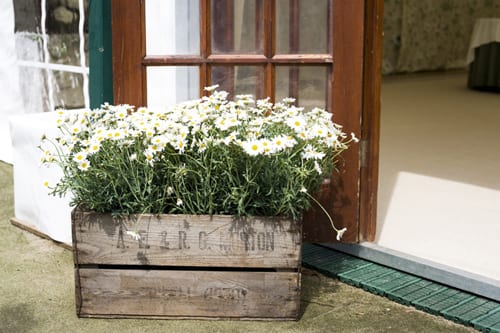 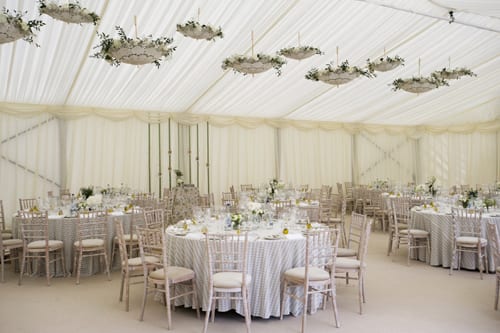 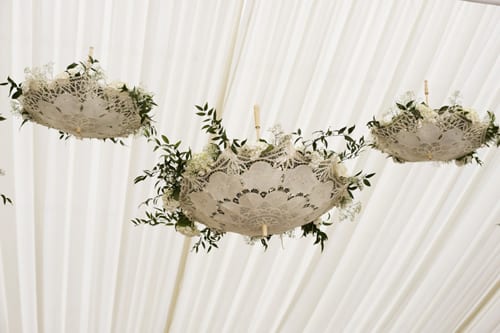 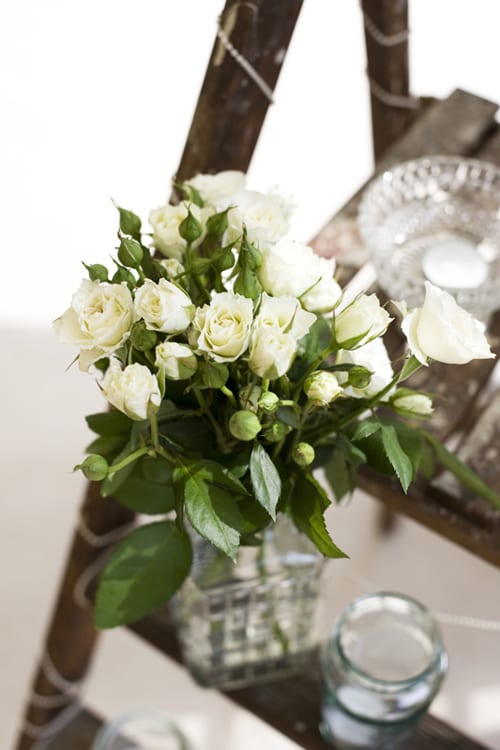 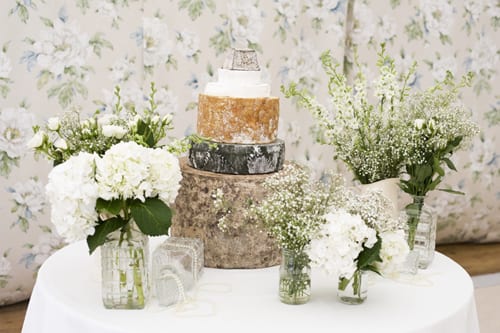 Personally, I love the way the wedding was styled.  Those little touches that make all the difference…from the glass cloches, vintage teacups and suitcases, to the wooden crates and bicycle.

And the umbrellas hanging from the marquee ceiling certainly added a bit of drama to the space.

I hope you’ve enjoyed seeing Nick & Gemma’s wedding today…whether you’re planning your own special day or simply looking at ways to arrange flowers in your home.

A very warm welcome! My name is Rona Wheeldon and I’ve made it my mission to inspire and support the floristry industry. I’m passionate about this incredible sector and everyone involved, rooting for florists, flower growers and flower wholesalers.
END_OF_DOCUMENT_TOKEN_TO_BE_REPLACED