What style of bridal bouquet will Kate Middleton choose? 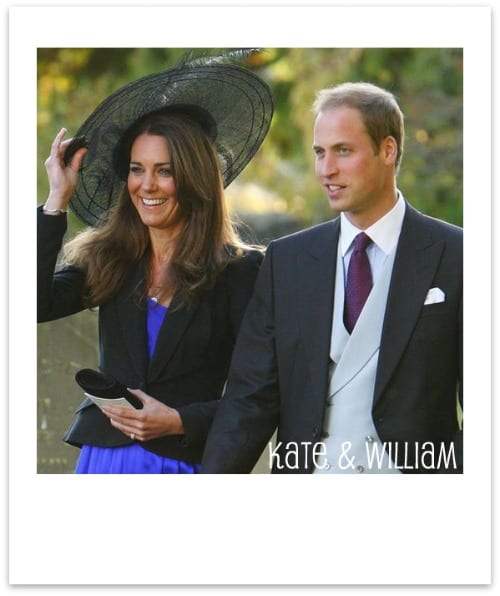 Following on from my blog post in December, ‘Will Kate be choosing traditional white wedding flowers?’, I’ve been trying to guess what style of bridal bouquet she’ll have.

Currently the most popular bridal bouquet design is the hand-tied bouquet.  It’s a bunch of flowers and sometimes foliage, which are arranged so that their stems are spiralled, as shown below. 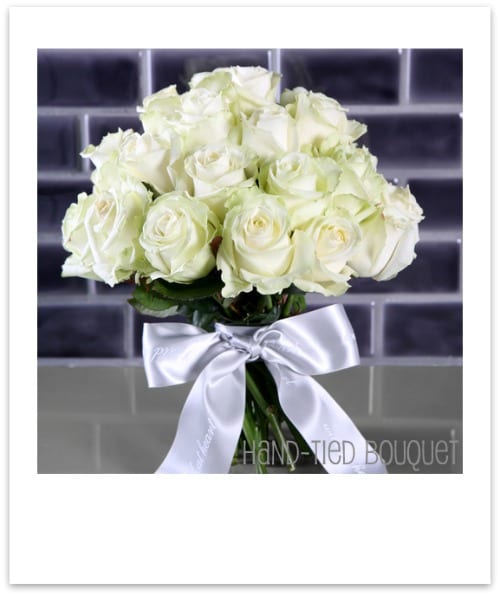 I think however that Kate may have a shower bouquet, which is also known as a cascade/cascading bouquet. It’s one of the most traditional styles of bridal bouquet and features a flowing arrangement of flowers which appear to ‘cascade’ from the bride’s hands.

The flowers and foliage are usually individually wired, which helps to reduce the overall weight of the bouquet and it also means that shorter flowers can be included, as they are lengthened with the wire.

This type of design was very fashionable before the hand-tied bouquet was introduced and was made popular by the royal weddings of Princess Diana and Sarah Ferguson.

An example of a shower bouquet is shown below.  Perhaps Kate’s bouquet will include roses, lily of the valley and stephanotis? 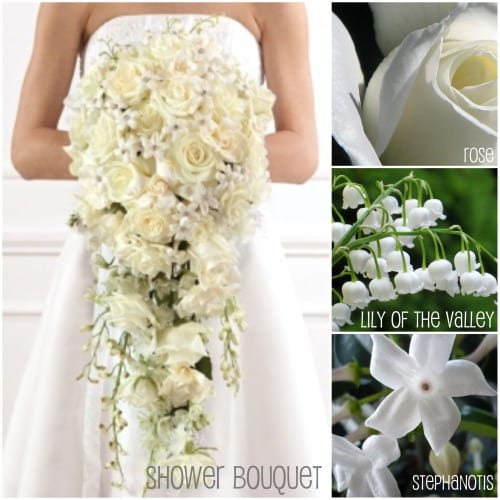 The beautifully scented and delicate lily of the valley has a very short season.  It’s usually only available in April and May, so their wedding day at the end of April is perfect!  Roses are a very traditional wedding flower and stephanotis would also add a lovely fragrance.

Recently, it’s been announced that after the wedding ceremony, Kate will follow the Queen and Princess Diana by having her bridal bouquet placed on the Unknown Warrior’s tomb at Westminster Abbey – a tradition that began in 1923 with Queen Elizabeth, the Queen Mother, following her marriage to King George VI.

We’ll all have to wait until April 29th to see what Kate’s bridal bouquet looks like.  It will be the most photographed floral arrangement on the day…and I can’t wait to see it!

A very warm welcome! My name is Rona Wheeldon and I’ve made it my mission to inspire and support the floristry industry. I’m passionate about this incredible sector and everyone involved, rooting for florists, flower growers and flower wholesalers.
END_OF_DOCUMENT_TOKEN_TO_BE_REPLACED